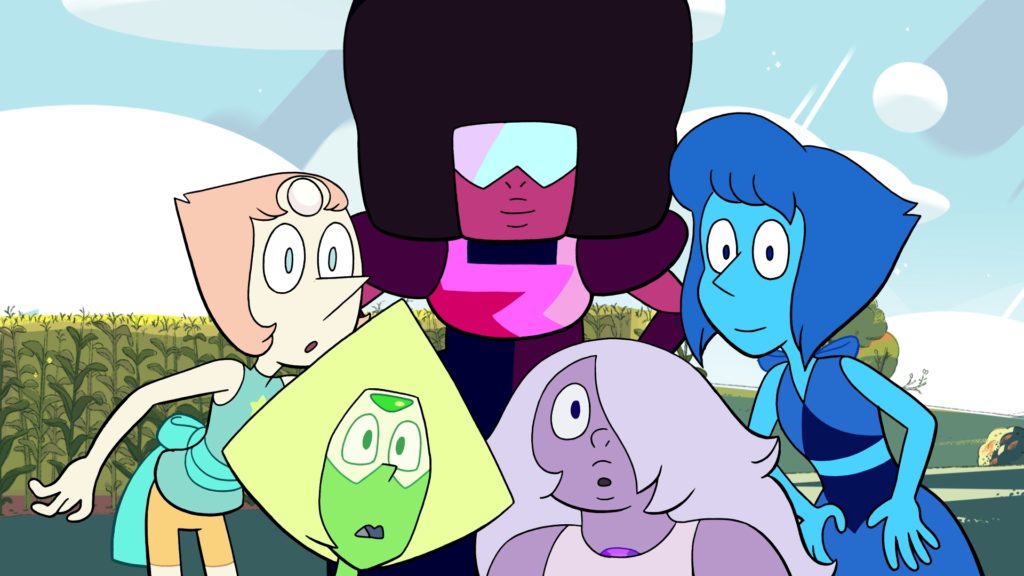 Get ready for a jam-packed month of new content on Cartoon Network just in time for the holidays.

After the announcement that “Gem Harvest,” the next upcoming episode of Steven Universe, would air in Germany on November 24 aka American Thanksgiving, fans were worried. It would not be the first time a European syndicate got an episode before the US did– last time was “Steven Floats,” and it was months before that episode aired stateside. And especially considering Cartoon Network doesn’t air new shows in December, we were worried it would be 2017 before we saw our favorite space rocks again.

But fear not, because “Gem Harvest” is the second ever half-hour Steven Universe special, and will air November 17 at 7:30 PM. If the feels are on the level of the first half-hour special (“Bismuth,”) then we should all bring plenty of tissues. You can watch the preview of “Gem Harvest” from New York Comic Con on YouTube here.

Adventure Time’s seventh season will conclude with back-to-back episodes on November 19 at 8:30 PM. After this one, there are just two more seasons left of the iconic Cartoon Network show, scheduled to end some time in 2018 after its ninth season.

Regular Show, Teen Titans Go!, The Amazing World of Gumball, Uncle Grandpa, We Bare Bears, and The Powerpuff Girls are all getting new episodes in November as well. Clarence is getting episodes all month long, starting tonight, November 1, at 5:30 PM with “Worm Bin.” You can watch a clip from “Capture the Flag” below.

Mighty Magiswords, Cartoon Network’s newest original offering, will premiere November 3rd with “The Wrath of Neddy,” followed by two full weeks of new episodes beginning Monday, November 7th. You can check out a clip below.