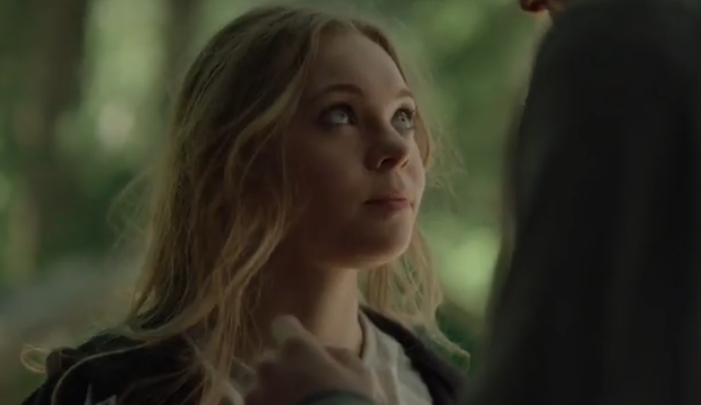 We’ve entered the second half of Aftermath Season One and “Madame Sosostris” just made things a lot worse for the Copeland family.

I liked how “Madame Sosostris” opened with Sally’s funeral. Some TV shows like to skip funerals or other emotionally heavy scenes because they think of them as a waste of time. I’m glad that Aftermath isn’t one of them. Sally deserved a funeral and it made for a nice moment to see her family around her, one last time. The scene was interrupted by a few earthquakes but I’ll get to that later.

“Madame Sosostris” had to do with Joshua (James Tupper) wanting to visit Dr. Gloria Douglas. According to Josh, she had predicted everything that was happening right now. He wanted to know the reason behind her predictions and what’ll happen next. Josh took Jane, Brianna (Taylor Hickson) and Devyn to Memphis Pacific College, while Karen (Anne Heche) took Matt (Levi Meaden), Dana (Julia Sarah Stone), and Martin to get some supplies.  I liked the episode splitting the family up in such a way. It allowed for some interesting character moments from both Josh and Karen.

Understandably, Karen hasn’t been doing well after losing her sister. She’s still the heavy-hitter in the family but has now become more aggressive. The moment one of the escaped inmates lied about killing Dana, she started to empty bullets in them without a second of hesitation. Her actions obviously didn’t sit well with Dana. I mean, I get that Dana thinks that all life is precious but she needs to understand that mothers are known to become vicious when their children are in danger. Dana needs to cut her mother some slack. She’s doing everything she can to make sure her family remains safe.

Talking about Dana, it seems that the thing between her and Martin is actually going somewhere. I can’t handle watching overly-cute young couples during the apocalypse. I could do with a little less kissing between the two (you guys could die any second!) but they don’t make me want to change the channel. Fingers crossed that Dana’s relationship with Martin helps her become a more layered character. She really is a go-getter when it comes to what she wants from Martin and I want to see that aspect of hers make her grow in a more pro-active person.

This week’s episode of Aftermath introduced a new supernatural creature, shape-shifters. It attacked Joshua as he tried to find Dr. Douglas and later attacked Brianna as well. The shape-shifters in the show are described as supernatural beings that resemble a virus. They use a piece of a person’s DNA to replicate, and I don’t think you can actually kill them. The episode just showed them dissolve into the floor when hurt. 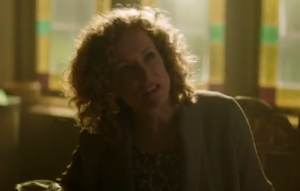 The title of the episode came from Dr. Douglas. For those of you who don’t know, Madame Sosostris is a fictional character known for her powers of prediction. In the episode, it was Dr. Douglas who was able to predict the current apocalyptic events due to some kind of ‘Wave’. Apparently, the ‘Wave’ is the reason behind everything that has been happening. And though Madame Sosostris used Tarot Cards, Dr. Douglas gave Josh a box of computer cards to unravel the truth.

She also talked about a volcanic eruption and her desire to die. I liked Dr. Douglas as a character but I agree with Jane. When a person tells you they want to die, especially during the horrible events they are facing, you give them what they want.

While I enjoyed this week’s episode, the best scene had to be the one involving Brianna and Devyn at the end. I was expecting Aftermath to follow some cliché about love being stronger than evil and Devyn being able to force the skinwalker out of his body. But the show decided to do something different. Even though I wasn’t a huge fan of the Brianna/Devyn pairing, it had started to grow on me. The final scene also had very strong acting from both young actors. I’m really looking forward to seeing where Brianna goes from here. The skinwalker is after her and she needs to do something about her pursuer before it starts killing the rest of the people she loves.

All in all, “Madame Sosostris” was another fun but emotionally heavy episode of Aftermath. It brought Joshua a bit closer to understanding what was happening. But it also warned the Copelands about another great danger, the unstable volcano!

What did you think of Aftermath this week? Did you enjoy watching “Madame Sosostris”? Let us know.