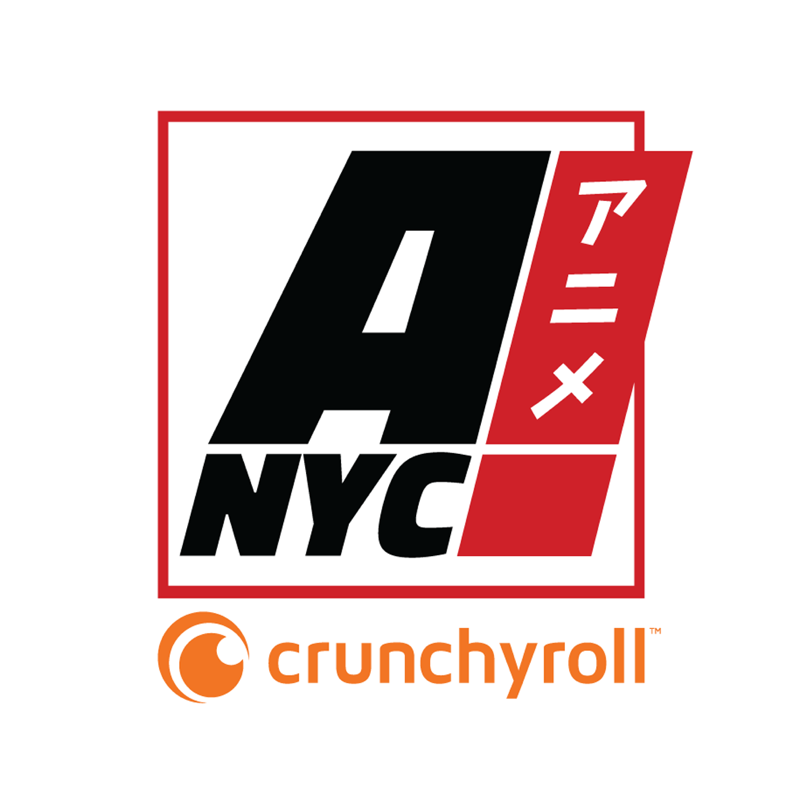 Hey there! I’ll be attending the third annual Anime NYC next month, and I’m really excited about it! This is a convention that gets bigger and better every year, and I thought I’d take the opportunity to preview Anime NYC 2019 for everyone.

Programming is my favorite part of a convention, and Anime NYC 2019 is no exception. The panel schedule looks fantastic! I’ve already marked down about 30 panels that I’m interested in, and that’s actually on par with other, larger conventions. Panels start at 1:30pm on Friday and 10:30am on Saturday and Sunday.

Most of the big-name publishers and studios have an industry panel – Crunchyroll (obviously, as co-sponsor), Funimation, Eleven Arts, Sunrise, VIZ Media, Kodansha, Aniplex of America, Sentai Filmworks, Yen Press, and GKIDS all have a panel to preview upcoming titles and releases. There is also a panel devoted to the legacy of Kyoto Animation, which as most of you probably know was devastated over the summer after an arson attack.

Of course there are show-specific panels as well. The breakout hit Dr. Stone will have a panel with the creators, and there is a Food Wars panel (and separate screening!) on the schedule as well, not to mention a Code Geass panel (and live draw!) as well as a spotlight on the English dub cast of My Hero Academia. It seems to be a big year for anniversaries, too – Yoshiyuki Tomino will sit on a panel to celebrate the 40th anniversary of Mobile Suit Gundam (this is his only US appearance) while VIZ Media is hosting a panel for the 20th anniversary of Naruto.

Anime NYC also seems to be working to increase representation. There is an overall LGBTQ+ panel (“That’s Gay! Anime and Manga for the LGBT Audience”), a trans-specific one (“Not a Trap: Being Trans in the Anime and Cosplay Communities”), and a panel for all you blerds out there (“The BLERD Panel!”). I attended the “That’s Gay!” panel last year and it was a lot of fun, so that’s one of the panels I’m most looking forward to this year.

As usual, the guest list contains a pretty good mix of English as well as Japanese names in the industry – manga artists, voice actors, professional cosplayers, and more. The guest I’m most excited about is Rie Kugimiya, the Queen of Tsundere, making her first US appearance. I’m a huge fan of Toradora (she was Aisaka) and the new Fruits Basket (she’s Kagura), so I’m looking forward to her spotlight panel. And even though I don’t watch Dr. Stone, I am very interested in checking out the panel with creators Riichiro Inagaki and Boichi.

Along with a great guest list come many autograph opportunities. Important to note that this year, Anime NYC will be adopting the pre-show lottery process for some of the autograph sessions. The lottery is currently open, and you have until November 5 to submit your choices. The lottery process has met with mixed reactions from attendees at San Diego Comic-Con and New York Comic Con, so we’ll see how Anime NYC implements it. I’m actually on board with this way of doing things, because previously these sessions were ticketed, with tickets given out first thing in the morning, and as someone who commutes an hour in from Brooklyn, I just cannot get up that early. But if that’s not your jam, there are still a number of regular, paid sessions to choose from.

The show floor is looking great again this year. Odds are good that it’s bigger than last year, with over 200 exhibitors listed, though with no map it’s difficult to know for certain. The mainstays are there – the big-name publishers and vendors, as well as the Fate/Grand Order US Tour and something called the Fruits Basket experience (which is probably the same thing that was at NYCC – a cute photo op at the Soma family dinner table) – but there are also a large number of smaller stores and companies. I highly suggest stopping by Image Anime (#1800), as that’s my local anime store.

I am in danger of spending a lot of money I don’t have at this year’s Artist Alley. With hundreds of artists on hand to sell prints, charms, pins, acrylic standees, and more, I can’t see how I’m going to get out of this without dropping some serious cash. Honestly, this convention has probably my favorite Artist Alley out of all the conventions that I attend. There are so many talented artists with so much fabulous merchandise. It’s like a feast for your eyes. The Anime NYC website links to each artist’s work (Deviantart, Instagram, etc.) so you can see samples of their work to help you narrow down which tables you want to hit up.

Tickets are still on sale, so get yours now! There’s a price increase if you buy onsite, so grab yours in advance. If you’re traveling in, you have until October 30 to book a hotel room in the official con block.

Trust me, if you’re a fan of anime, and you’re able to get to New York for this con, you will want to go! The past two have been a blast, and I’ve no doubt that the third outing will be just as awesome.