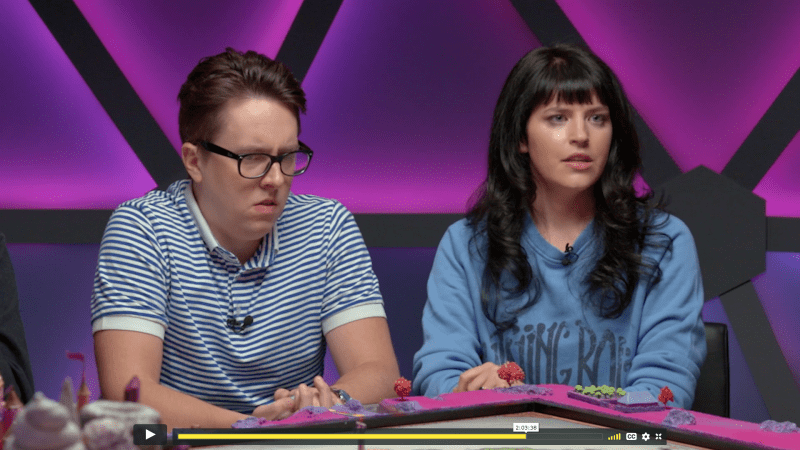 Did anyone really think ‘At The Mountains Of Sweetness’ was going to be a silly episode with Jet’s death so recent in our memories? I hope not, because the Candians are being dragged through so much more drama on their way north to (hopefully) join up with Liam’s mothers and fathers at Castle Manylicks.

Before I get into the meat of ‘At The Mountains of Sweetness’ I need to do a celebratory fist pump for a moment. I’ve said every week since we heard about Amethar’s first marriage to Catherine Ghee that they definitely had a child someplace. I knew it had to be one of the players’ back-up characters. When Zac Oyama’s character Lapin died I assumed he would come back with a surprise Rocks family member. It shocked me when he came in with a fluffy cotton candy murder monk instead.

Well, okay, Cumulus Rocks is technically a family member. He’s a cousin, though, not the long lost baby I expected.

The moment Brennan had that scraggly band of mountain raiders announce “the rightful Queen of Candia” I cheered out loud, because for sure this was going to be Emily Axford’s new character. We’ve seen in the past that players are only gone for one full episode before returning to the story. I had a brief moment of concern when Saccharina introduced herself as being from House Frostwhip- but of course, she admitted that many know her under the name Saccharina Ghee.

It gives us another fun look at how “genetics” work in A Crown of Candy, too. Amethar and Caramelinda are both Candians, and they had licorice twins with Jet and Ruby. Amethar’s child with a Dairy Islands maiden results in the ice cream sundae Saccharina. How much fun is this?

Okay, done with my gloating for now. We need to take this from the top, because there are some major emotional beats in ‘At The Mountains Of Sweetness’.

We jump right into a deeply tragic opening at Jet’s grave. The crew risked a lot to get her body back from the tearaway lingerie shop where Liam hid her back in ‘Blood and Bread’, and Brennan rewards that risk with a wrenching graveside scene. Amethar makes a violent promise of vengeance, Caramelinda reflects on her failures as a parent, and Ruby suffers in first miserable, then furious silence.

The funny parts of this scene conspire to make it sadder, if that’s possible. There’s a gumdrop farmer in the background who Brennan uses to poke at a grieving Amethar, who has to be held back from fighting him.

Then Liam breaks down sobbing over Peppermint Preston instead of talking about his cousin Jet. That underscores both how much the group has lost and how few people are truly mourning the rash, heroic Jet, who under normal circumstances would have had a full state funeral with foreign attendees instead of an unmarked grave under a nameless tree.

This is a show about candy people, people. How is it so much more moving than a Certain Similarly Named Show?

Sir Theo does something I found interesting. He dismisses his familiar, Sprinkle, to the underworld (I assume?) in exchange for a licorice snake he calls Princess. He’s working on the assumption Princess was sent from the afterlife by Jet. No idea if that’s something he cooked up with Brennan or if Sir Theo is cracking up, but it’s a really cool idea.

We do get the confrontation between Caramelinda and Sir Theo we were expecting. Her last order to him before Jet died was to make sure the Princesses got safely to their rooms for the night, and the next time she sees him her daughter is dead. She took a lot of that out on Sir Theo. I was surprised to see Amethar step in to back his friend, given how he usually is mostly afraid of his wife.

Amethar is stepping up a lot in ‘At The Mountains Of Sweetness’, for that matter. It seems like the weight of his daughter’s death has finished pushing him from “I hate ruling but that’s what I got stuck with so I guess this is what I’m doing” to “I love my country and my family and I’m going to save both if it kills me”. He goes out of his way to keep owning his past mistakes instead of letting other people take the blame. He also takes a lot more initiative than before: planning with Manta Ray Jack, comforting his grieving wife, keeping Ruby from getting the party discovered as they sneak north, and so on.

I did want the characters to get a bit more serious, so this is welcome. I feel awful that Jet had to die for things to get real.

The group heads north to Castle Manylicks, where Liam’s family House Jawkbreaker is under siege. Here we see the propaganda work the Bulbian Church is already doing to discredit and dishonor Amethar. The group stumbles upon a festival full of mocking stories and vulgar puppet shows meant to skew public favor against House Rocks so Calroy the Dirty Cake Traitor can slide onto the royal throne.

I thought for sure Ruby was going to get everyone captured by attacking the minstrels, especially when she sees the unflattering Jet-Ruby puppet. Good thing Amethar held her back. We don’t need to lose another party member so soon.

Can we talk for a minute about how heavy-handed this plot against House Rocks is? Apparently the Bulbian Church and our much-hated Pontifex are pulling our all the stops to wipe them from the map. I’m leaning much harder towards the “The Pontifex wants to end the world” theory.

After leaving Dulcington, the group runs into a trap set by mountain bandits. Literally runs into, because no one rolled even double digits on their perception checks. Absolutely wild. I’m glad there weren’t many potentially character-ending rolls in ‘At The Mountains Of Sweetness’ because in general the rolls were on the low side.

This is where they encounter Saccharina. She has a staggering collection of titles earned as she worked her way from a penniless orphan raised by nuns back to her motherland of Candia: Queen Saccharina, First of her Name, Sovereign Ruler of Candia and the Sugarlands, Witch-Queen of the Dairy Sea, High Priestess of the Sweetening Path, Archmage of Lost Sucrosia, Enemy of the Faith, The Sundae Sorceress, and Storm-Captain of the Frosted Fleet.

I hope we get to discover where at least some of those names came from. Amethar has a lot of titles himself, but his are much more self-explanatory and mainly revolve around battles he’s fought.

Anyway, Saccharina has two major goals. First (but not foremost) she intends to claim her birthright as legal Queen of Candia. If she’s queen, the Candian throne never passed to the rebellious House Jawbreaker and Candia is still in the Concord. Faced with this truth the Imperial troops would legally have to stop attacking and instead support a return to House Rocks rulership. It’s the best diplomatic answer for Candia.

Of course, it’s also a huge slap in the face to the surviving Rocks ladies. Caramelinda is faced with living proof of her husband’s first marriage and the lack of her own marriage’s legitimacy, but in a way that could save everything she’s worked her whole like to protect. Ruby suddenly has a sister who’s both legally allowed to inherit the throne, as she is not, and much more magically trained than Ruby.

In a world where Jet lived, Ruby and Saccharina might have been friends. Jet and Ruby specifically never wanted the throne, so a new half-sister who came ahead of them in line would have been a silver lining to them. Saccharina also knows a lot of magic and could teach Ruby a lot. In ‘At The Mountains Of Sweetness’, though, Ruby sees her as a potential replacement. It doesn’t help that everyone except Caramelinda seems to love Saccharina to pieces.

She’s not hard to love, actually. Saccharina is – well, super sweet. Emily Axford gives her such a different personality than Jet’s was. Though there’s the hint of an edge to it, the lost queen seems to have a hard-won composure and confidence. We see little cracks when she talks to Amethar and Ruby, though. I can’t wait to see how that plays out.

There’s a lot of lore here, too. Saccharina’s second but way more important goal is to bring back real magic, the powerful kind that’s been suppressed for so long. She doesn’t think the Sugar Plum Fairy has Candia’s best interest at heart (same girl), and she plans to raid a storehouse of powerful artifacts that could tip the war in the players’ favor.

The group agrees to help her- as soon as they rescue Liam’s father, Duke Joren Jawkbreaker, who is in imminent danger. That will be next week’s battle episode. I hope it will turn into some negotiations as they try to get Joren to acknowledge Saccharina as Queen of Candia. We’ll have to see, though.

Quick thoughts before we wrap up our “At The Mountains Of Sweetness” review:

Join us after next week’s battle episode to hear how it went. I’m sure it will be 50% me fawning over sets and 50% screaming about the battle, but either way it’ll be fun. One thing to remember: Dimension 20 let us know on Twitter that there is a gallows set in that episode, though we don’t know if it will be used or not.

Have you seen “At The Mountains Of Sweetness”? Catch up with A Crown Of Candy on DROPOUT now or wait for the episodes to drop on YouTube! 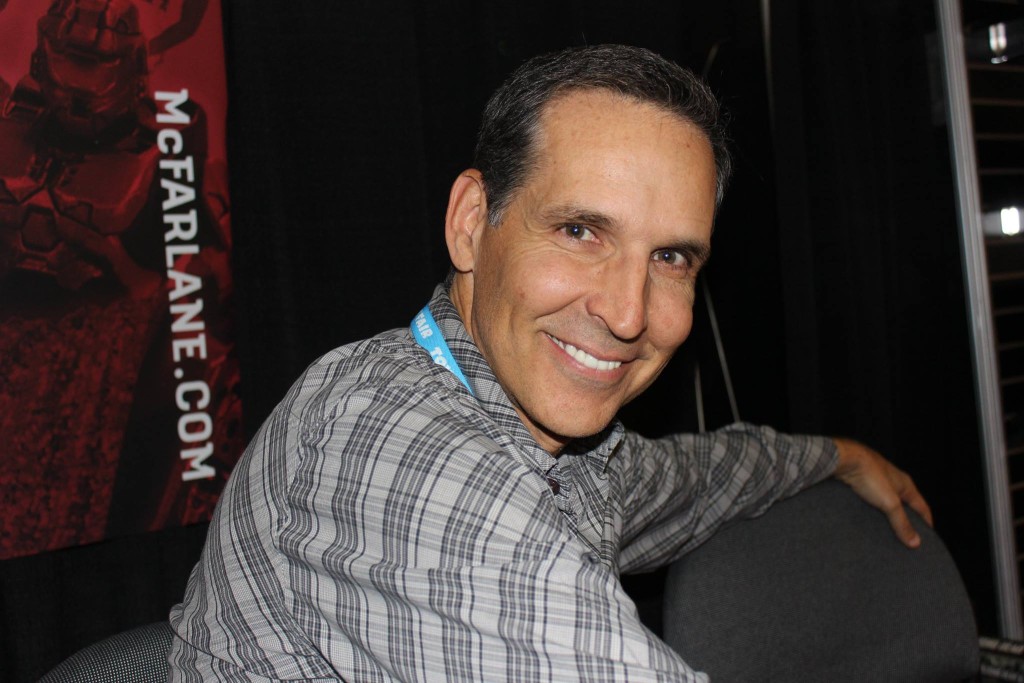 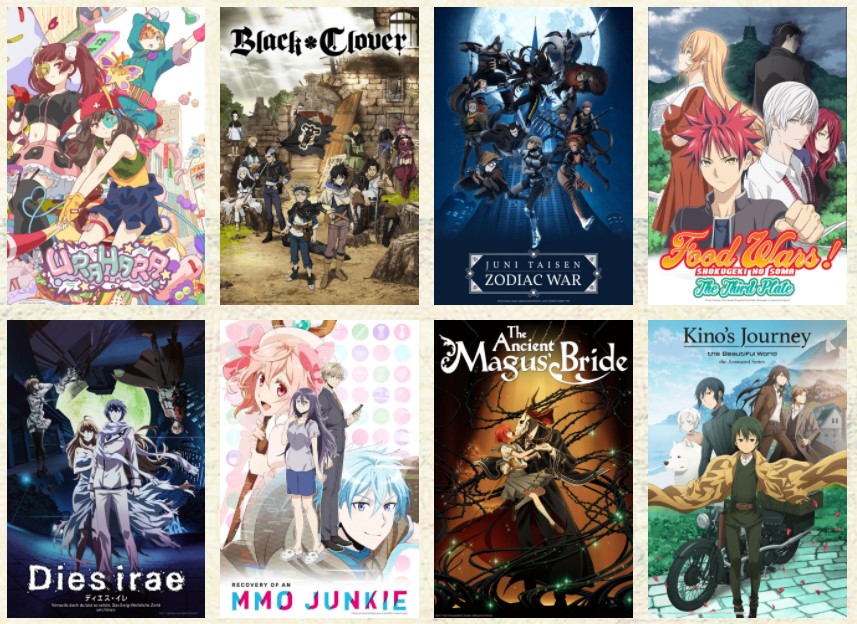 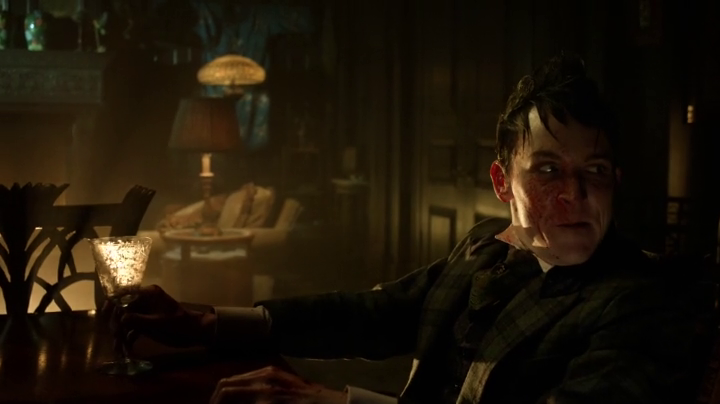