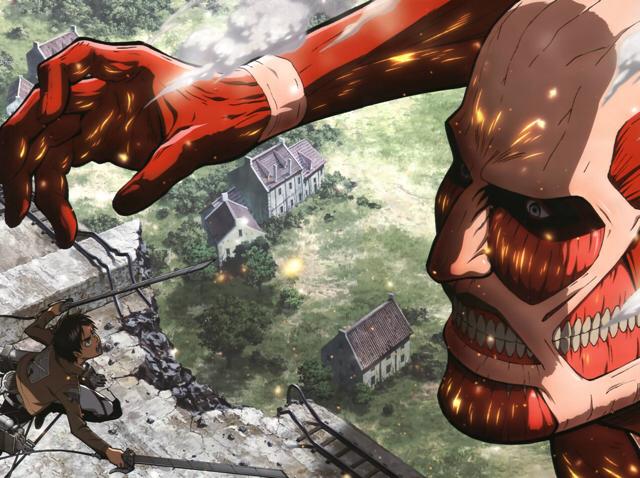 For those not familiar, Attack on Titan is a sci-fi action-drama story centered around a resistant movement of Survey Corps fighters defending the last of civilization from massive human-eating giants (Titans). Originally a continuous manga hit, Attack on Titan evolved into a massive anime hit. Extending from that into video games, collectibles, and much inspired cosplay. 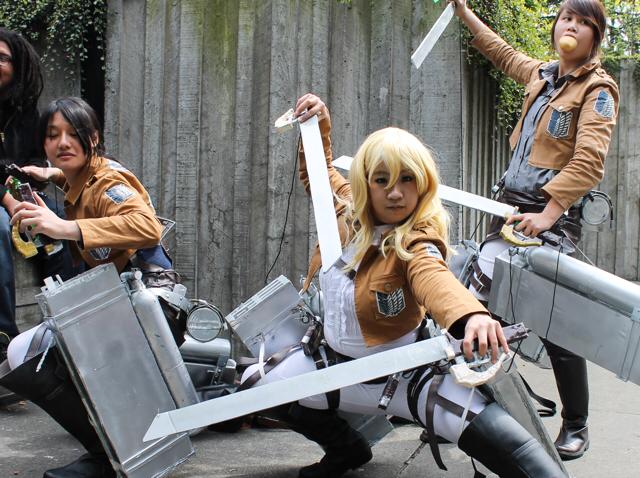 Now we have incoming TWO movies, with the original anime director (Araki Tetsuro) on board. Here is more from an earlier source, Twitchfilm:

“Araki Tetsuro returns to the controls to edit the existing television series into a pair of feature films which will be redubbed and mixed in 5.1 sound with the first (Crimson Bow And Arrow) compiled from footage taken from the first thirteen television episodes and to be released on Japanese screens November 22nd with the second (Wings Of Freedom) culled from episodes 14 – 25 and arriving in early 2015.”

I have never been a big fan of rehashed clips, or retelling the series story. But still, it’s nice to see the Attack of the Titan franchise move on. With many anime series franchises, the official movie is released first to its Japanese audience (and to a lesser extent, in select theaters internationally). Regardless of what this movie will contain, fans will pay attention and perhaps encourage more. For long and enduring franchises, expect many (One Piece currently has 12 movies, Pokemon has 17, Dragon Ball Z recently announced its 18th, Naruto has 10). For shorter series franchises, a movie at the end of its series is often a fond, sometimes puzzling farewell (Full Metal Alchemist, Escaflowne, Cowboy Bebop), yet still a recognized chapter to its history. Sometimes, a fandom will remain cult enough for a series to return, often as a movie re-imagining of the original popular content (Neon Genesis Evangelion, Berserk, Ghost in the Shell). 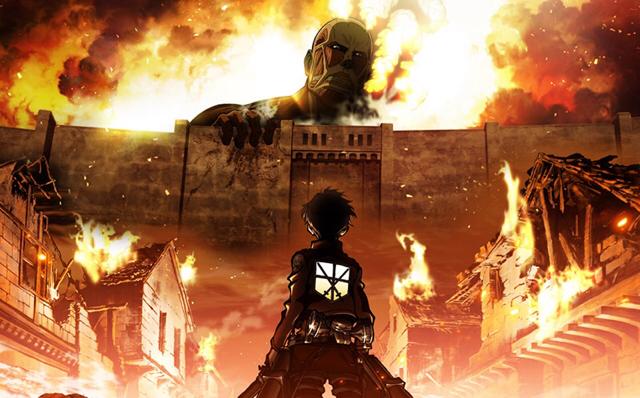 So, how far will Attack on Titan go? The overall style of the show and manga is unique, and impressive in visual concepts and storytelling. I look forward to see just how and where this colossal franchise will continue its attacks.