The Legend of Korra “Book Three: Change” Ushers in a New Era 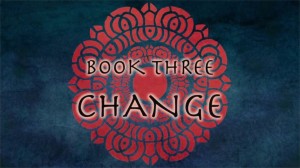 There’s no denying that Nickelodeon did an amazing job continuing the popular Avatar series with new characters and storylines that feel more mature than The Last Airbender trilogy. With fans anxiously anticipating the release of Book Three: Change in The Legend of Korra series, let’s go over what we know about the upcoming series (taking the first official trailer and leaked episodes into consideration) and how things have changed for the series.

The post contains minor spoilers regarding the content shown in the series trailer and the four episodes that were leaked online. 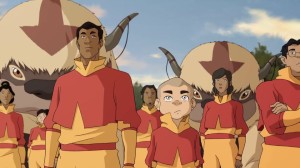 After the finale of Book Two: Spirits, it’s good to see the new series will be taking the consequences of Korra’s actions into account. The new avatar decided to let the human and spirit world merge, ushering in a new era. A lot of things have changed in the world they live in, mainly the balance with regards to benders. I was quite surprised to see new airbenders when the trailer was released. It seems that the spirits decided to bring back balance to the world and thus, gave birth to more airbenders. Avatar: The Last Airbender was all about Aang being the sole airbender in the world, and The Legend of Korra introduced us to Aang’s son Tenzin, and his three airbending kids. The pressure of being the only airbending family has been lifted from Tenzin’s shoulders, and the Air Temple has opened doors for new airbenders. The stress of preserving the Air Nomad lineage was quite apparent in Book One, and that’s why it’ll be good to see Tenzin letting go of the stress and help his kids teach the new recruits. One thing that I couldn’t make sense of pertains to the ages of the new airbenders because some of them look as if they are in their 20’s. Why did the spirits give new skills to people who were older? Maybe the spirits were only able to grant power to people who had some familial links to the previous airbenders? You’ll have to tune in to see if the show provides some answers.

Some fans might complain that every book in the new series has new antagonists. Book One gave us Amon, Book Two introduced Ualaq, and Book Three also has new villains. Avatar: The Last Airbender felt more of a continuing story because there was a single threat, the Fire Lord. Introducing new villains, however, allows the current series to treat each book as a standalone story with its own set of villains and main mission, with the actions performed in one book, affecting the premise of the next. Though having one common villain can help a story feel more linked, introducing new antagonists does help writers create threats that serve more of a challenge to the heroes as they grow in power, and feel more appropriate with regards to that particular story. 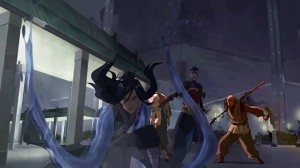 This time around Team Korra, comprising of Korra, Bolin, Mako, and my personal favorite, Asami, will have to face benders that are far more dangerous than any villain seen in the series. Looking at the trailer and the episodes that were leaked, we have a powerful male airbender, an arm-less female waterbender, who uses water to serve as her arms. She also looks a bit crazy, and if her fight sequence with Eska and Desna (the waterbending twins from Book Two, and Korra’s cousins) is anything to go by, she’s a force to be reckoned with. There’s also a male earthbender, and a woman who bends fire with her third eye. She might sound familiar to fans who remember ‘Sparky Sparky Boom Man’ from The Last Airbender. I have been waiting for a deadly female antagonist for a long time in the series. The Last Airbender gave us Zuko’s sister Azula, and her team of female antagonists consisting of Mai, and Ty Lee. It’s good to see more powerful female characters in the series.

New friends and Zuko returns with a dragon!

The series has been teasing Zuko’s return ever since the start of Book One. We all know that Aang is dead, and Katara, Korra’s master, is still alive. Book Three showed Zuko make his debut, and he seems to be riding a dragon, as shown in the trailer. So, dragons exist in Korra’s world? I guess they do. A lot of fans were looking forward to seeing the powerful firebender make an appearance, and trust me; you won’t be disappointed when he shows up on your TV screens. 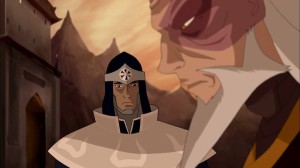 There are also new characters that tag along with team Korra, or play a part in the plot. Tenzin takes a young airbender named Kai, who strikes a friendship with Tenzin’s eldest daughter, Jinora. He’s the young boy shown in the trailer that looks a lot like Sokka. There’s also young girl who Korra helps train as an airbender.

It seems the writers will be redeeming Lin after criminally limiting her role in Book Two. She’s one of the best characters in the series, and a lot of fans will be happy to know that Book Three will be divulging more about her and her family. Fans know she’s the daughter of Toph, one of the female protagonists in The Last Airbender. What they didn’t know, however, was Lin having a half-sister named Sue. I’m looking forward to knowing more of Toph’s story after the events of The Last Airbender, and the men who gave her Lin and Sue. It was also implied in one of the leaked episodes that Toph might be alive. Seeing an older Toph rescuing the current heroes and teaming up with Zuko would be epic!

Girl power and no relationship drama

A thing that took away from the enjoyment of Book One and Two was the whole Korra-Mako-Asami love triangle. Their relationship drama made me dislike Mako. Hopefully, the writers will move away from this subplot. During the four leaked episodes, I didn’t notice the characters talking about their feelings for each other, and it felt like a breath of fresh air. Bolin flirted with Sue’s daughter, but that’s understandable. Bolin is the character that falls for virtually any girl and the relationship is used for comedic effect. What isn’t used for comedic effect is the Korra-Mako-Asami triangle. The whole thing overshadowed their character development in Book One and Two. In the four leaked episodes I saw, Korra has matured greatly, and doesn’t come off as arrogant as she was back in Book Two. There seems to be a calmness in her. She and Asami also seem to have moved on from Mako. Good for them! There were a lot of scenes with Korra and Asami working together and taking down bad guys. Asami doesn’t need bending powers to take down her enemies, and Book Three cemented that fact when she gracefully took down a bunch of bad guys on motorbikes in one of the episodes. Will she be able to hold her own against the new powerful villains? Only time will tell. Book Two kept her in the sideline during the finale because she wasn’t a bender. I hope Book Three doesn’t do the same thing and actually lets her take part in the final showdown.

As evident by the trailer, the art looks amazing as always. The Legend of Korra has always outdone itself when it came to animation. The problem has always been with the story or its pacing. Seeing the content of Book Three, the story looks more enjoyable than Book Two, and I hope that’s the case when the series premieres this year.

A US release date for Book Three: Change hasn’t been announced, though people in Brazil will be able to see it in September. Book Two premiered in the US in September last year so a similar airdate for this year does seem likely. More news regarding the series will be released during July’s Comic-Con in San Diego.

What are your thoughts about The Legend of Korra: Book Three? Have you watched the trailer yet? Did you get the chance to watch the leaked episodes? Please feel free to share your thoughts in comments section.