Welcome to our new Yaoi Recommendations series.  After having been absent from the anime and manga fandom for the better part of a decade, my desire for canon queer characters led me back to yaoi/shonen-ai and, to a lesser extent, yuri/shoujo-ai.  My current media just wasn’t cutting it so I dove back into the fandom headfirst. So far I’ve been quite happy with what I’ve discovered!

I’m going to be posting recommendations in groups of three in clusters that share similar themes or ratings. This first group is all non-explicit series, which can be categorized as “boys love” (BL) or shonen-ai as opposed to explicit yaoi with mature content.  These particular selections are also grouped together because they share a common theme. All of them feature authors or people in the publishing industry, so if that plot element is appealing to you, you might enjoy all three of these.  If that’s not your cup of tea, stick around because there will be further installments of this series in the future. 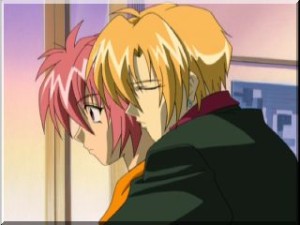 Gravitation was my first introduction to yaoi over ten years ago when I was in high school. I ended up starting a yaoi trading ring at lunch time because I was just so hooked on the manga and my friends began to take notice of my recent obsession. Their curiosity led me to become a sort of traveling yaoi library at school. I was sort of like the yaoi black market dealing volumes between classes out of my backpack. When I decided to jump back into yaoi fandom this year, this was the first series I decided to pick up again as a sort of refresher on what I was getting back into. While I feel that this series has been outshone by many of other series I’ve encountered recently, it still holds a very special place in my heart. It’s how I discovered the genre and it set the standard for me. Everything I read or watch will be compared to it and I can’t really help myself.

For the purposes of this review, I’ll be discussing the anime series as I haven’t yet quite dived back into manga as extensively yet and feel that the OVA doesn’t fit in the same review. Perhaps the manga or the OVA will get a separate recommendation in the future.

It seems like everyone knows about Gravitation, but if you haven’t, let me give you a brief run down.  The protagonist is a spazzy, pink haired, up and coming pop star named Shuichi who, through a series of random circumstances, falls in love with the famous author Eiri Yuki. At first Yuki is a pretty unlikeable fellow. He is often very blunt to Shuichi and has so much trouble displaying emotions he makes Vulcans look warm and cuddly by comparison. Well, that’s not entirely accurate.  He can display displeasure and annoyance like a pro, which doesn’t really help the whole ‘unlikeable’ thing. Over the course of their romance he does reveal his softer, more personal emotions to Shuichi in small ways. He cries in front of him at one point, which is obviously a pretty big deal for him. Around Shuichi, Yuki is able to show sides of himself that he’s often uncomfortable expressing.

There’s an odd sort of balance between these two radically different people which makes this pairing so appealing to many. Beyond the main pairing there’s a whole cast of interesting characters, beautiful artwork, and really catchy J-pop music. I’ve never really been into J-pop, so maybe the music is actually terrible and I’m too ignorant on that topic to know any better, but I definitely catch myself humming the tunes on occasion. This show is popular for a good reason and it’s a great gateway into other yaoi and shonen-ai.  If you aren’t sure where to start, this is a pretty safe bet.

Of all the series that I’ve discovered on my recent yaoi binge, this has by far been my favorite.  If you’re looking for a fluffy romantic drama with lots of comedy thrown in, this is the series for you.  The characters are interesting and surprisingly realistic for a genre that’s often rife with over the top caricatures and massive amounts of tropes. That doesn’t mean the series is entirely trope free, but I never once found myself rolling my eyes at an obviously overused plot element like I have so many other shows in this genre. If anyone ever asks me for one single recommendation, this one is it.

The story focuses on Misaki, an 18-year-old who was raised by his brother after their parents died in a car accident, and Akihiko Usami, a man nicknamed “Usagi” (Rabbit) by those close to him. Usagi is a popular author of fiction and BL novels who has earned several honors for his work. At first it’s revealed that Usami is in love with Misaki’s older brother Takahiro, but when Takahiro announces his engagement to a woman, it’s Misaki who grows outwardly upset over the situation. When Usami sees how caring Misaki is and how upset he’s become on Usami’s behalf, his feelings shift and he falls in love with the younger brother instead. The two begin an incredibly sweet, if not occasionally frustrating relationship.  Misaki has very low self confidence, so he’s often baffled over Usami’s affections towards him. This leads to misunderstandings and bickering, but the relationship is ultimately incredibly delightful. I’ve firmly places Usagi/Misaki on my own personal OTP list.  They make me squee like the fangirl I’ve always known myself to be and that’s a feeling I haven’t had with a new pairing in a long time.

Not every episode focuses on this pairing, though. There are two other couples that are tangently related to them either through work or acquaintances.  This has led me to joke that everyone on Junjo Romantica is gay or bisexual except for Misaki’s brother and his brother’s fiance.  I’m definitely not complaining though.  The other two couples are enjoyable, though neither of them really made it to OTP status like Usagi/Misaki did.

Hiroki and Nowaki are my favorite secondary couple as most of the drama around their relationship involves their unequal education status, which is something I can personally relate to. Nowaki is four years younger than Hiroki, so his career isn’t as far along as his partner’s. This leads to hurt feelings and frustration between the pair. Things are also complicated at first when it’s revealed that Hiroki has been harboring feelings for Usagi since childhood. Nowaki is determined, though, and his feelings for Hiroki are strong enough to weather the inevitable jealousy. Their love for each other is genuine and even through their disagreements I found myself enjoying their dynamic with each other.

The other secondary pairing is Miyagi and Shinobu. I don’t necessarily dislike this pairing, but it’s on the bottom of my list among the three for a variety of reason. All the pairings have an age difference on this show. There’s ten years between Usagi and Misaki and four between Hiroki and Nowaki, but the gap here is by far the biggest. Shinobu is 18 while Miyagi is 35. Their character flaws are also pretty dramatic when compared to the other pairings. Miyagi seems unable to love at first, which ultimately caused the destruction of his marriage (to Shinobu’s sister, which adds a whole new layer of weirdness). Meanwhile Shinobu is rather forceful and extremely blunt about his feelings. They do fall in love with each other, though, and I ultimately did enjoy the pairing as it developed. It just had a rocky start with two characters I wasn’t initially fond of, but they grew on me as their feelings for one another found a steady balance.

This series is written by the same author as Junjo Romantica.  If you keep your eyes peeled, you’ll even spot some cameos and name drops of characters from the other series. Like Junjo Romantica, this series revolves around several different couples. The primary couple involves Ritsu, a 25-year-old literary editor who left his father’s company due to accusations of favoritism from the other employees. He’s paired with Takano, a 27-year-old editor of a shojou magazine. Ritsu ends up working for Takano after he leaves his father’s company and tries to make it on his own in the publishing world. There’s a slight twist to their romance, though. The two had a brief relationship in high school, but Ritsu initially doesn’t recognize him because his family name changed due his parent’s divorce. He also looks a tad different after a decade of growing up, but Takano definitely recognizes Ritsu and it doesn’t take long for him to remind Ritsu about their history. Their relationship is rife with problems to start out due to misunderstanding they had in their teenage years, but the relationship is ultimately a satisfying one.

My favorite pairing of this series isn’t even the main pairing this time, but rather one of the secondary pairings. Kisa is an editor at the same department that Ritsu and Takano work at but he has some seriously depressing views on love. He feels that “love at first sight works well enough in manga, but this is reality.” He considers himself gay, but he’s never been in a relationship because he can’t get past the surface beauty of people. He doesn’t ever really get to know their personalities and thus never forms any meaningful bonds with anyone. Enter Yukina, a shojo manga clerk who just happens to admire everything that Kisa has ever edited. Yukina is beautiful, which makes Kisa feel like it couldn’t possibly go anywhere. When Yukina begins to actively pursue a relationship with Kisa, romance happens. This is the type of love story I adore so it’s no wonder this is my favorite pairing of this particular series. I only wish we could see more of their story since as a secondary pairing, their time on screen is very brief.

The third pairing is a weird one that left me more confused than intrigued. It involves a seriously dramatic love triangle, which just isn’t really my thing at all. Yoshino is a shojo artist who gets caught between the romantic feelings of his editor Tori and his chief assistant Yu. I won’t spoil the complexities of it for you because there’s a few twists and turns involved in their story line, but if you enjoy love triangles I predict this will be your favorite pairing of them all. If they aren’t your thing, you’ll probably be incredibly frustrated just like I was. I don’t want to knock the pairing entirely. I’m sure there are a lot of fans of this type of thing, but it just didn’t hit the right buttons for me.

Those are the first three recommendations for this ongoing series. Stay tuned for more! 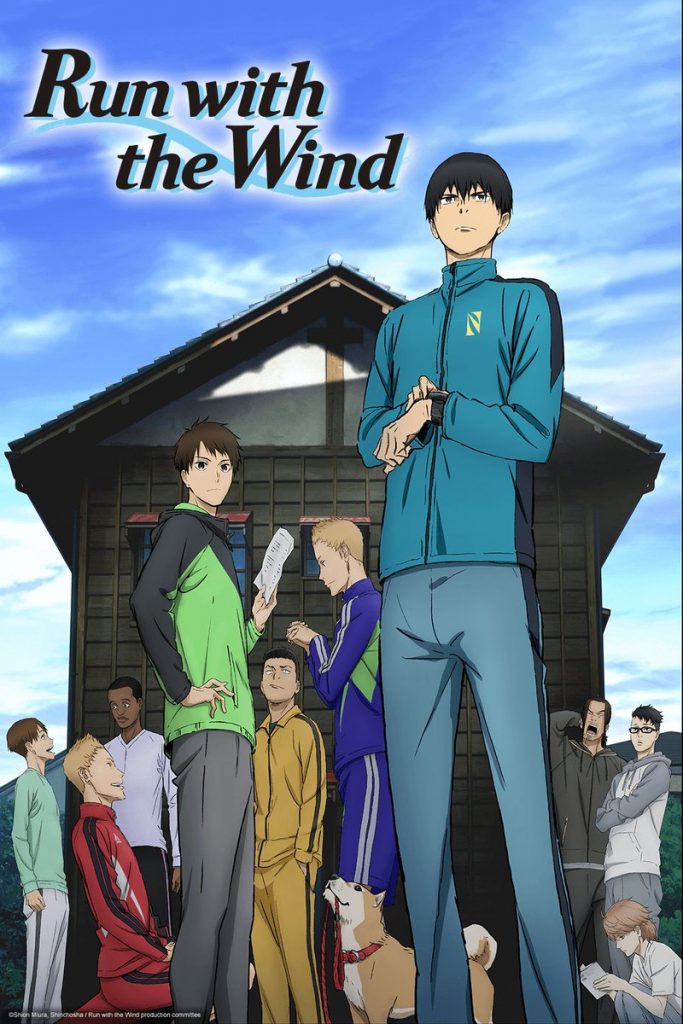 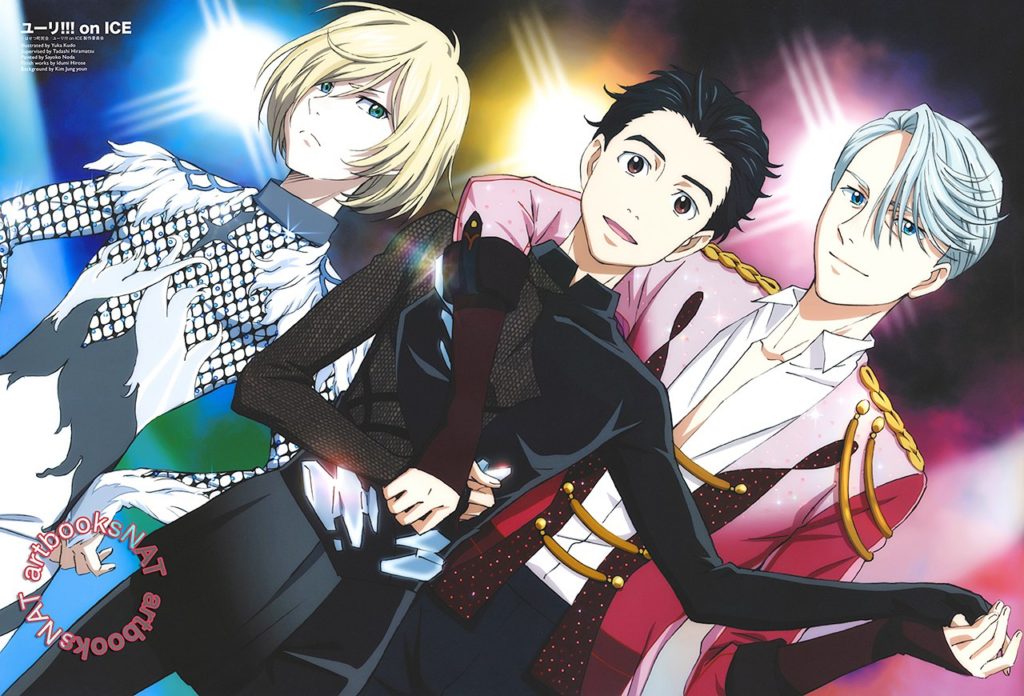