The Legend of Korra 4×8 Review: Remembrances 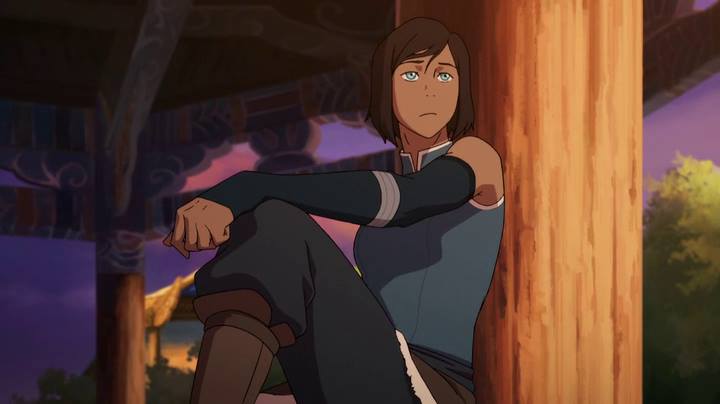 “Remembrances” started with Mako training Prince Wu after he was rescued from Kuvira’s minions. I have stuck with The Legend of Korra since Book 1: Air and I never liked Mako as a character. This week’s episode only helped to remind me why I disliked him in the first place. The way the writers handled his relationship with Korra and Asami is just bad writing and doesn’t do his character any favors even if they tried to joke about it this week.

Book 3: Change didn’t talk about relationship problems and that’s why I enjoyed it more than the previous books. Balance also didn’t talk about the love-triangle until now and I hope “Remembrances” was the last time they brought it up.

Korra’s conversation with Asami was more interesting than the relationship talk Mako had with Prince Wu. I’ve been waiting for Korra to talk to someone about how she thinks the world doesn’t need the Avatar anymore. I liked how the writers made Asami be the one to have such a conversation with her. The two female characters do share a strong bond with each other and I understand why Korra was upset. In Air she was ready to help the world and be the Avatar but then things changed when she met Amon. He was a threat she wasn’t expecting. He even made her think he took away her bending. 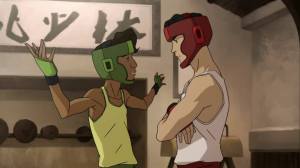 After Amon, Unalaq became the major antagonist and he manipulated her into opening the Spirit Portals. Then Zaheer almost killed Korra and she’s still recovering from her injuries in Book 4. No matter how many enemies she defeats a new one comes into the picture.

The current antagonist, Kuviram is different from the rest of the enemies Korra has fought. She is a ruthless dictator and has a whole army by her side. Taking her down is going to be tough and I can’t wait to see how Korra will achieve such a task.

I liked Tenzin’s encouraging words to Korra. Since Air, Korra has grown and matured into a compassionate young woman, worthy of being the Avatar.

Bolin and Varrick’s scenes in the episode were mostly comedic in nature. I’ve enjoyed their interactions in the series but during “Remembrances,” I wanted the story to return to the plot. After showing Kuvira attacking the Spirit Swamp, seeing a filler episode was very disappointing.

Did you watch this week’s episode of The Legend of Korra Book 4: Balance? Did you enjoy it? Let us know!

Previous:Supernatural 10×06 Review: Ask Jeeves
Next: “Storm” in Danger of Being Cancelled by Marvel! #SaveStorm