Avengers, Age of Ultron, And Infinity War Get Digital and Physical Release Dates 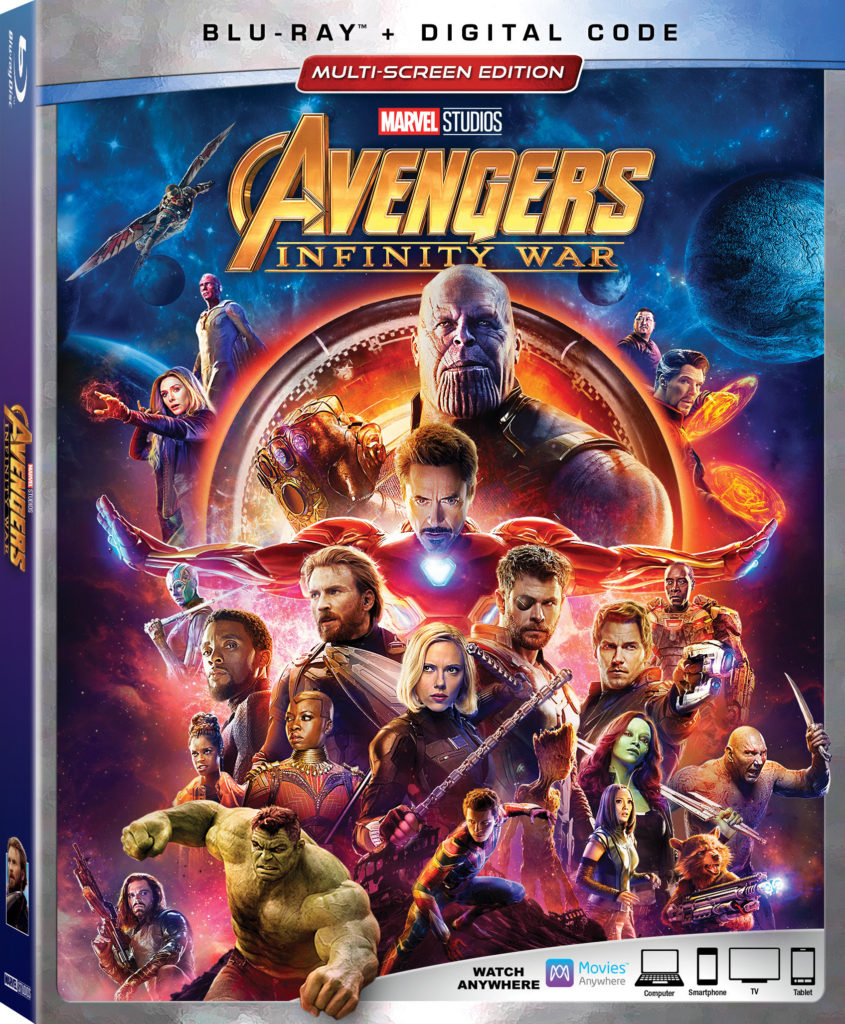 July and August are going to be exciting months for fans of the Marvel Cinematic Universe. Avengers: Infinity War will be released digitally on June 31 with a Blu-ray release on August 14, 2018. Furthermore, The Avengers and Avengers: Age of Ultron will be released digitally (4K UHD) on July 31 as well. A physical release will follow on August 14, 2018!

Avengers: Infinity War went on to become a major blockbuster, surpassing the $2 billion mark at the global box office in only 48 days. It is also, as of yet, the fourth title in the highest-grossing films of all time list. The upcoming home release will offer fans more than two hours of extra content.

The Featurettes explore the powerful Thanos “and two action-packed attempts to prevent his collection of all six Infinity Stones: the struggle on Titan and the massive battle in Wakanda. Deleted scenes and filmmaker commentary reveal even more on-set secrets from Marvel Studios’ monumental undertaking.”

For those who wish to catch up on their MCU history, select retailers are also offering bundled packaging as well as individual Digital and Physical releases of The Avengers and Avengers: Age of Ultron.

Here’s a list of the bonus material (may vary by retailer):

Marvel makes cinematic history as the Super Hero team of a lifetime assemble for the first time ever in this action-packed blockbuster! Packed with spectacular visual effects, Marvel’s The Avengers will blow your mind and now for the first time on 4K Ultra HD!

Good intentions wreak havoc when Tony Stark (Robert Downey Jr.) unwittingly creates Ultron, an A.I. monster who vows to achieve “world peace” via mass extinction. Now for the first time on 4K Ultra HD, the Avengers must reassemble to defeat him and save mankind…if they can!

Here are the specifications!

Make sure to read our review of Avengers: Infinity War. A sequel is planned for a May 3, 2019, release.