Why Battlestar Galactica Is Binge-Worthy Sci-Fi

Science fiction is one of the few genres within popular culture that successfully places the metaphorical mirror right in front of us. That mirror reflects back our human nature, why we do the things we do, and our personal vices and virtues as individuals. Throughout the 20th/21st century, there have been shows that do this well. One in particular that does it best is Battlestar Galactica.

One of the first iconic science fiction shows was Star Trek, created by Gene Roddenberry in the 1960s. By the late 1970s, Star Wars made its appearance on the big screen.  These two heavyweights continue to engage millions around the world to this day, both with their original incarnations and subsequent spin-offs, sequels, etc., examining humanity and all its greatness and faults in a far off future, or within a galaxy far, far away. Other science fiction stories have prospered in their wake; one in particular was Battlestar Galactica. While never partaking in the original BSG series that aired in late 70s, I gave this re-imagined version a chance while looking for a new show to watch during my undergraduate years. I immediately got hooked. Portlandia even dedicated an entire episode entitled “One More Episode of Battlestar Galactica” to highlight the show’s addictive nature. There are more reasons to watch than Portlandia‘s “love letter” to BSG, and here are a few:

Deep Characters and their Interpersonal Relationships: 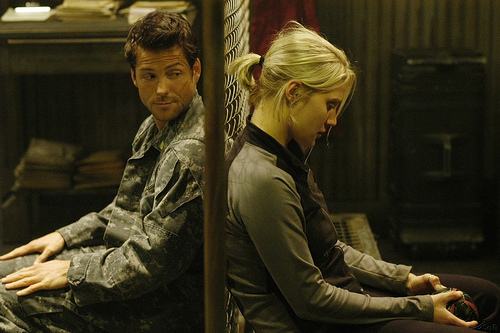 Like most successful dramas, there are characters you will fall in love with and others that you will hate with a passion. Battlestar Galactica starts off with a catastrophic event and pulls you into the aftermath throughout its 4 seasons. You, the viewer, are tethered to these deeply flawed characters from the get go. In the pilot, you meet Lee, an altruist who’d like to get out of his father’s shadow. Then there’s Kara, a stubborn, mischievous, sometimes chaotic Viper pilot who gets the job done in the most unorthodox way possible. Both characters tend to piss off their superiors in their own special way, with their paths wrought with internal and external struggles, and it’s difficult not to relate to them in some way. Lee and Kara themselves have a history, and you get the first taste of it in the pilot. Their relationship’s complicated nature is what makes their story unique. Other characters are similarly complex, and with any fandom, that complexity will either make the viewer love or hate each one.

Space, Dogfights, and Explosions! Oh My!

Unlike big budget movies that can afford costly CGI effects that propel their narrative, television shows like Battlestar Galactica rely on smaller budgets. While cheaper effects can be noticed, a successful show is able to pull of their effects in order to provide a deep, engaging environment so the viewer can be locked in the story. This holds true for BSG, the CGI scenes rarely disappoint. Dogfights between Vipers and Cylon Raiders are exciting, and the massive battles between Galactica and Cylon Basestars create a beautiful cacophony of anarchy in space. Of course, such beauty on screen cannot go without a brilliant soundtrack; one that is composed by Bear McCreary (Agents of S.H.I.E.L.D, Outlander, The Walking Dead, etc.)

A Stunning Soundtrack that Compliments the Story 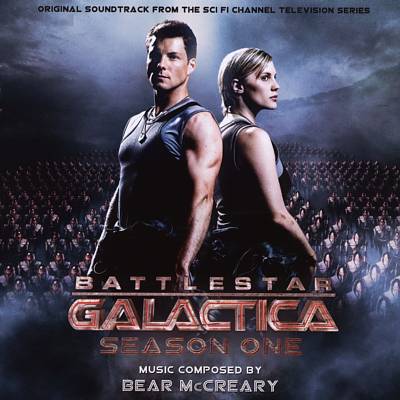 Classical scores fit well with science fiction; Star Trek/Star Wars, foundations of the genre prove its importance. With McCreary, he incorporates various instruments from around the world to create memorable musical pieces. Usually when it comes musical scores within science fiction, you typically hear generic action music that you wouldn’t remember; a battle scene from Independence Day would an example of this. However, a fan of sci-fi can easily recall Princess Leia’s theme or the music piece in the asteroid belt in Empire Strikes Back that was composed by John Williams. Battlestar Galactica follows that same formula. Characters have their own musical pieces, and the soundtrack from each season has its own uniqueness. For example, when I first dived into the series, I never expected to hear the deep sound that emanates from a taiko drum. But sure enough, it became an integral part of spectacular score and helped to propel the narrative that either kept me at the edge of my seat or brought on the immense feels:

Bear McCreary: A Promise to Return

The Suspense Of The Unknown Known 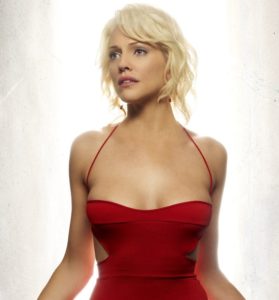 In the previous war within the BSG universe, humanity fought with the Cylons, human created antagonists that were made of metal and devoid of emotion. However, 40 years after the war, things have dramatically changed, and that’s seen within minutes of the pilot episode. Throughout the entire series, the viewer gets to experience numerous “omg moments” because of this change. A “toaster” (human based derogatory word for Cylons) aren’t what they appear to be. Not knowing who the antagonists are can heighten the suspense and drama of a story.

Battlestar Galactica is an epic space opera, something that is worthy of binge watching by yourself or with friends/loved ones. These points are only a taste of what one can experience during their journey through all four seasons of the series. Sadly, Netflix has taken Battlestar Galactica off its queue, so one either have to invest in the Blu-ray/DVD collections, or find those episodes some other way; you have the internet at your disposal after all. Either way, grab your gun, bring the cat, and enjoy the ride that is, Battlestar Galactica.

Previous:“Pacific Rim 2” Gets a New Director, a New Writer — What’s Up With “Pacific Rim 2”
Next: “Star Wars: Bloodline” Is Another Great Installment in the New EU