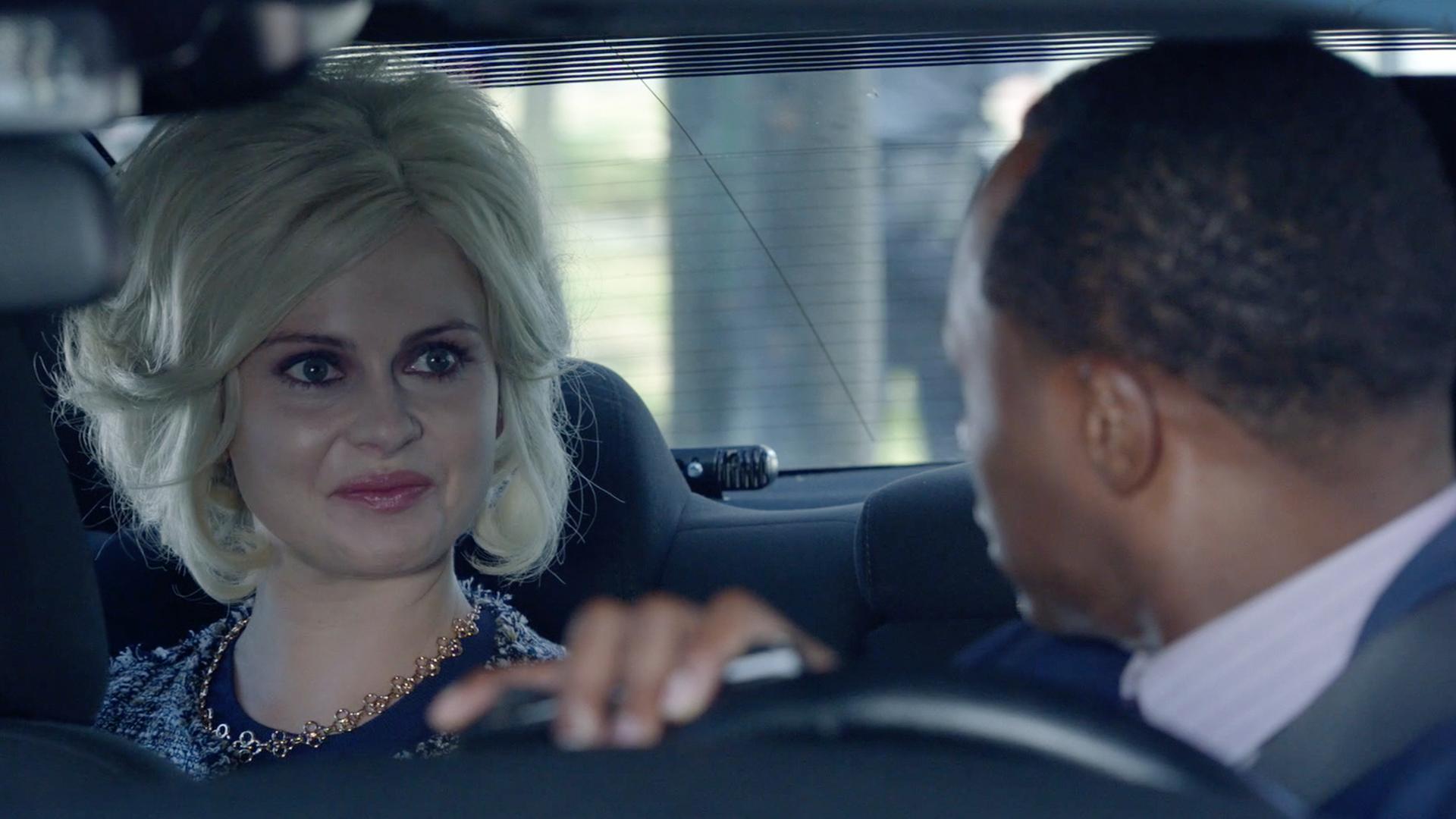 I’m both surprised and a little in awe of the fact that even with everything else going on in iZombie, they still managed another good ‘brain of the week’ in “Blue Bloody”.

Of course, I can’t say that I’m loving all of the plot lines the writers are throwing at us, or the fact that they’re all being thrown out at once. “Blue Bloody” definitely had a bit too much going on, and it makes me worried that they’re rushing through everything because they don’t know whether the show will be picked up for a fifth season. Maybe I’m getting ahead of myself (heh, pun) – I hope I am – but do we really need brain of the week (with child smuggling added in!) PLUS Major and his ‘child soldiers’ PLUS Angus McDonough as a ‘zombie prophet’ PLUS Clive worrying about his and Dale’s sex life? That’s just too much in one episode, iZombie. 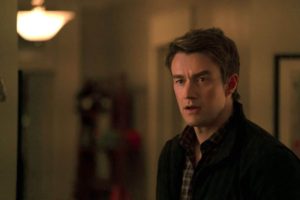 Don’t get me wrong, I liked “Blue Bloody”. Liv on slightly-older-than-middle-aged bitchy rich woman brain was great. The hair! The clothes! The attitude! I mean, they even got to slip in a Titanic/Heart of the Ocean necklace joke, and I don’t care that doing so was pandering to a certain demographic. (Probably because I am that demographic and I got a good chuckle out of it.) I just could have done without at least some of the other stuff, especially because I’m already wondering how long they can drag out some of these other threads if they keep going at such a breakneck pace.

For instance, yes, Fillmore Graves recruiting teenagers to serve as peacekeepers was obviously a bad idea, but why have them screw up so badly so soon? Top that off with the fact that despite only being released from his well prison at the end of the season premiere, Angus already has a ‘church’ full of worshipers, and either neither one of these is going to be a major conflict throughout the season, or we’re going to reach a point where the show drags because they crammed so much into this one episode. 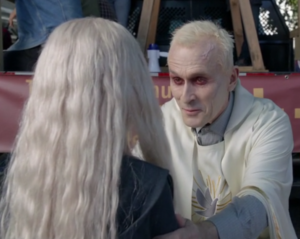 Granted, iZombie has had this problem before and thankfully bounced back from it, so I’m not too concerned just yet. It also helps that I’m actually a bit torn about what Angus is doing – he was kind of a one-note bad guy all those previous times we saw him, and while I’m a cynic who certainly doesn’t believe that his time in the well ‘changed’ him, it’s hard to not sympathize with him a little bit, right? I mean, he’s clearly up to no good, but he also took out at least some of the problematic ‘brain dealers’…and was then passing out free brains to zombie kids who were clearly starving. Again, yes, he’s definitely up to no good, but there’s also a bit of justice in his most recent actions that I’m finding hard to ignore.

Did you like the “Blue Bloody” brain? Any theories about what Angus’s endgame might be? Let us know in the comments!