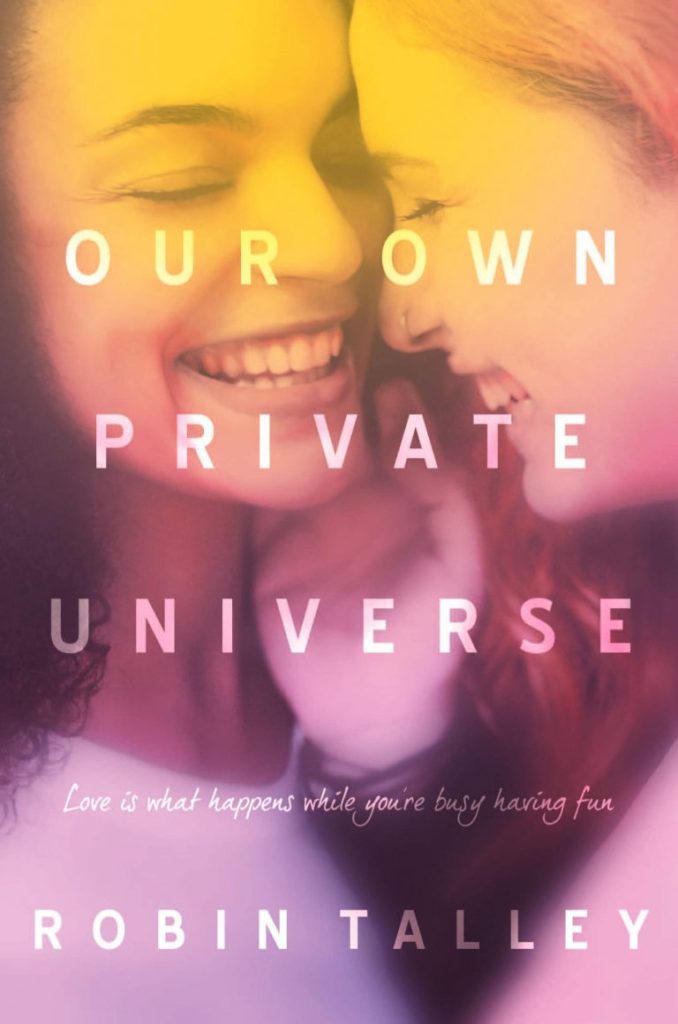 Robin Talley’s Our Own Private Universe is the charming tale of a young girl exploring her sexuality and wondering about her place in the world.

Our Own Private Universe tells the story of fifteen-year-old Aki entering into her first real relationship, which is also her first real “proof” to herself that she is indeed bisexual. Aki and Christa’s relationship develops over the course of the novel, at times limping along, at times moving at leaps and bounds. Because of their families’ involvement in their church – Aki’s father is the minister – they are forced to lie and sneak around, searching for their own place where they can just be. In that sense, the book does wonderfully. Talley really captured the breathless joy of first love, as well as how easy it is to become lost in it to the detriment of other aspects of your life.

I can’t personally speak to how accurately Talley describes a girl who is coming to terms with her bisexuality, but I can appreciate a book where both main characters are bisexual women. It’s also refreshing how much careful dialogue there is about the LGBTQ+ spectrum as a whole, and which labels may or may not work for the characters as individuals. (As someone who is still trying to figure out where she fits on that scale, sometimes labels make you realize something you didn’t already know.) There is also a lot of discussion about consent and safe sex, which is definitely important especially in YA literature. A lot of schools in the United States don’t adequately cover these issues, and they are so, so important.

Aki is struggling to define herself in other areas as well. She is a musician who has lost her desire to make music. Prior to the start of the book, she applied for a prestigious arts school and was rejected, so she feels that she is not good enough and promptly quits music completely. This is only vaguely referred to for a bit, but thankfully is brought up again after a couple of chapters. I am not usually a fan of when a major, defining event in a character’s life is only hinted at, especially when it a) defines so much of the character and b) is an ongoing issue throughout the book. Talley did a good job of talking around it but still making it fairly obvious what happened, and then revealing that sooner rather than later.

The conflict is that Aki thinks that her being a musician is the only thing that makes her interesting, especially to Christa, so she doesn’t tell Christa that she has quit music. Starting a relationship by lying about yourself is never a good thing, and this does get addressed later. However, I think Talley makes a very valid point that it’s important to be yourself, and people who are interested in you will never find you boring. (Also, there is nothing wrong with being boring.)

There is a lot going on in Our Own Private Universe; at times it feels like almost too much. Not only is Aki hiding her sexuality from everyone and the fact that she quit music from Christa, she also gets in a fight with her best friend, becomes interested in politics, and learns some pretty big secrets about her family. Everything that’s happening is at least tangentially related, but it can be a little overwhelming. That said, much of what Talley writes about is relevant, especially in today’s turbulent political climate. Not everything needs to be fully fleshed out to be important to a story, and a lot of the topics brought up throughout the book are things that need to be mentioned, if only to start the discussion in the first place.

When it’s all said and done, Our Own Private Universe is a lovely story about finding love and finding yourself. Considering what an awful year 2016 was for fictional queer women (and real ones), it’s nice to start 2017 off with an upbeat, happy story to put a smile on your face. We could all use something to smile about.

Our Own Private Universe by Robin Talley is published by Harlequin Teen and is currently available wherever books are sold.

Make sure you check out our interview with author Robin Talley! 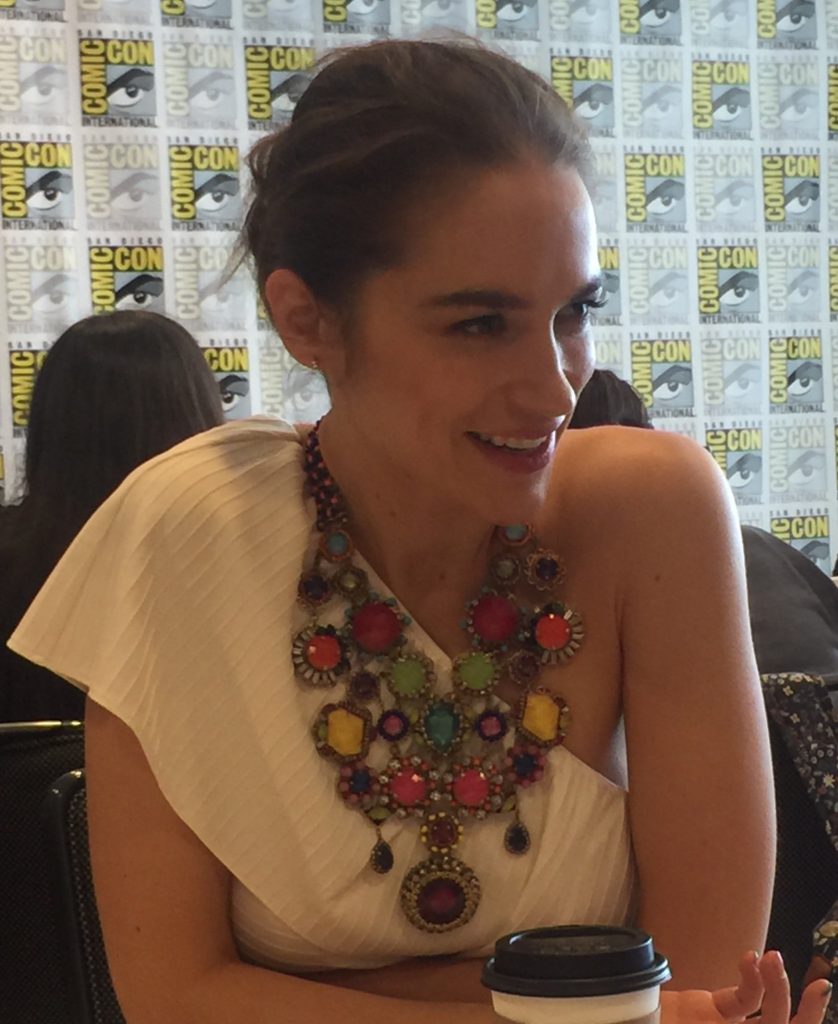 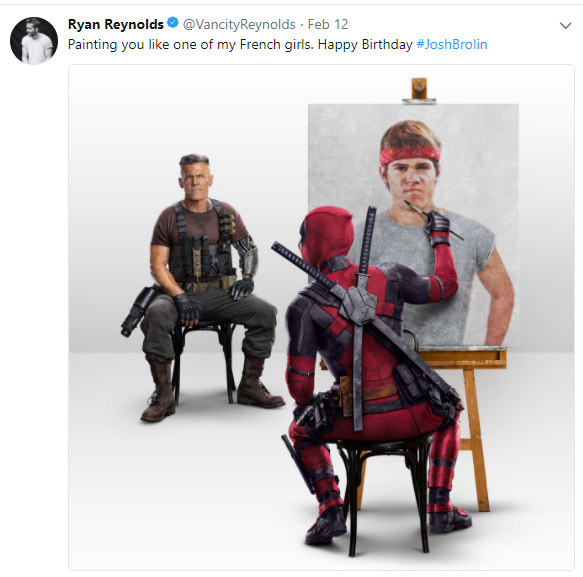 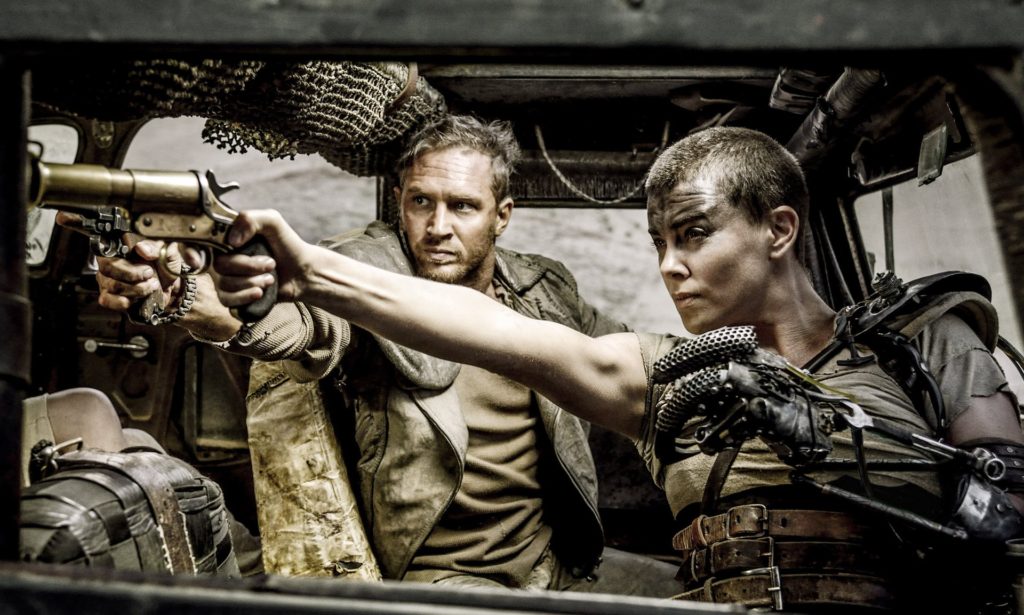