Children of Earth and Sky: An Interesting Premise That Doesn’t Quite Work 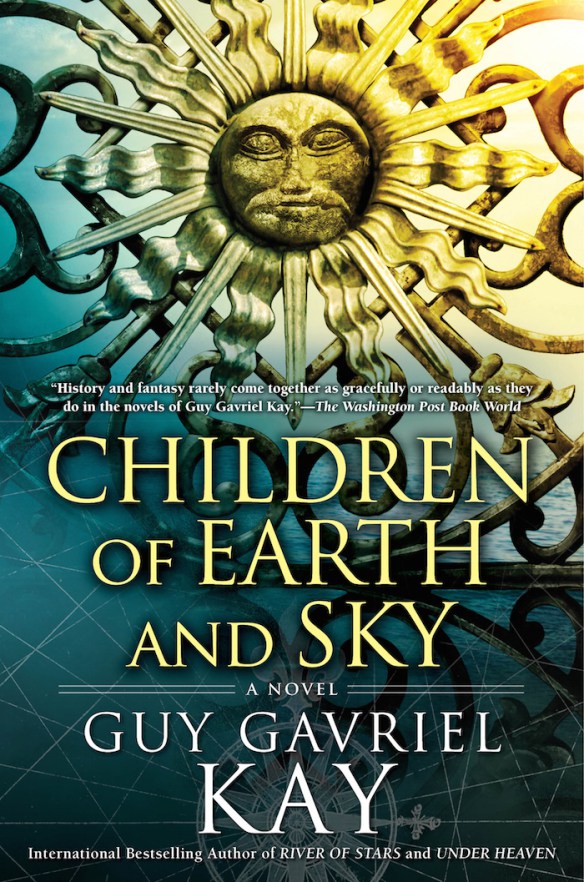 As someone who enjoys history (and has a B.A. in it, in fact) I was really intrigued when I heard about Guy Gavriel Kay’s new novel Children of Earth and Sky. The fact that it’s essentially billed as a fantasy novel that is loosely based on actual history drew me in for sure; I just wish that alone had been enough to keep my attention.

Please note that I received a free copy of Children of Earth and Sky in exchange for an honest review.

This is the first novel I’ve read by Kay, and while I certainly didn’t hate it, I’m strangely happy that it was a single novel rather than the first part of a series. I say “strangely” because that’s honestly part of the problem with Children of Earth and Sky – it’s a standalone book, and therefore the author tries to force far too much story into its pages. On top of that, the ending was messy and rushed, which is a product of two things – the fact that Kay spent pages upon pages introducing characters who came into play only briefly and then barely mattered at all, and that he also tended to write the same scenes from several characters’ viewpoints when most of the time this was completely unnecessary.

Another problem I had with Children of Earth and Sky was the style. Guy Gavriel Kay is clearly a very talented writer, but why did he keep switching between past and present tense? Eventually I got used to it, but it made for a clunky reading experience. And the thing is, I’m disappointed with these flaws because I really did enjoy some of the novel’s twists, and many of the characters were very well-written (though to be honest, few of them experienced the development one would expect from a story that spans several years at least).

Perhaps if you’re a fan of Kay’s previous works, Children of Earth and Sky will be a bit more digestible, for lack of a better word. In my opinion, its flaws outweighed its strengths, but I saw enough glimmers of hope to give some of his other novels a try.

Children of Earth and Sky is available for pre-order, with an expected release date of May 10th, 2016.