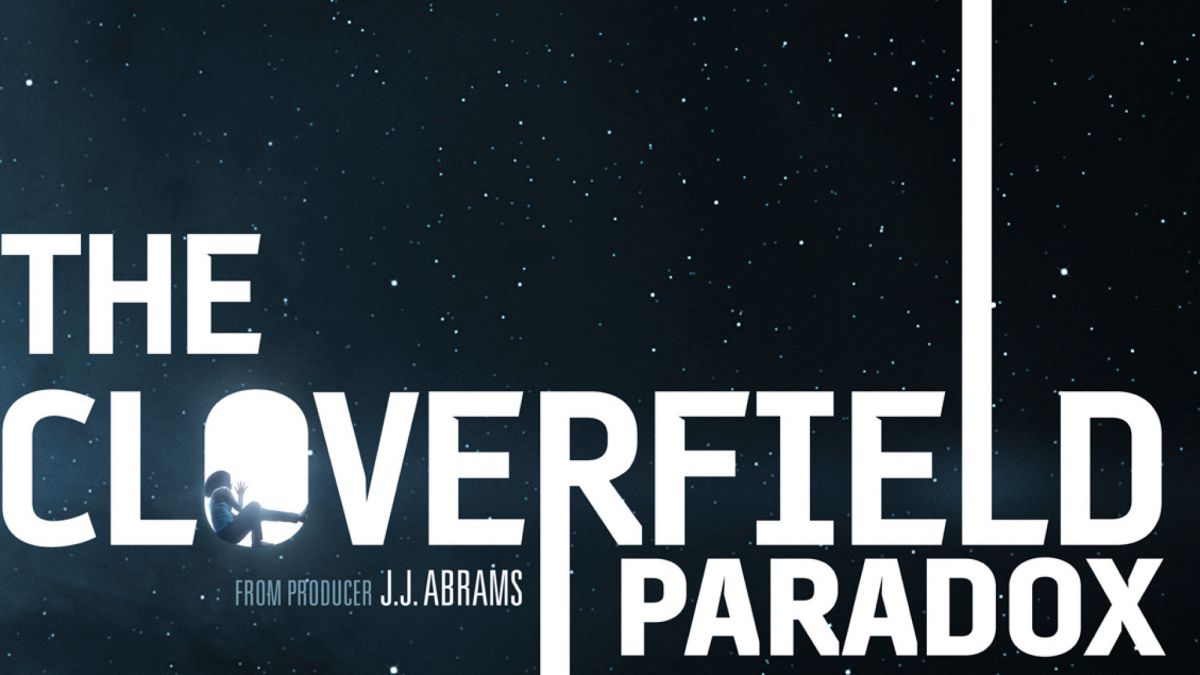 The Cloverfield Paradox essentially dropped out of nowhere.  And it worked.

Many fans of the franchise knew another film was in the works and were aware it was scheduled for some time in February, but with no trailers or promotion of any kind my assumption was that it might get pushed back.  I didn’t expect that they’d drop a 30 second Super Bowl ad and then release it immediately after the game ended.  In retrospect, I should have expected them to push boundaries.  That’s what this franchise does best.  For me, Cloverfield has never really been completely about the story, but about experimenting with marketing and mixing genres and defying expectations.  If a Cloverfield film does that, I consider myself satisfied.  The Cloverfield Paradox succeeded on both points so I consider it a success.

The first Cloverfield film took a novel approach to marketing, having a multi-month viral ARG marketing campaign online and then launching a film that was a mix of found footage and monster/science fiction genres.  Though the film itself was mediocre at best in my opinion, the marketing and unique approach to the genre set the standard for the franchise and laid the groundwork for a multi-film universe.  While the ARG was interesting and I found the genre blend intriguing, I soon forgot about the film as the ARG craze quickly made it one of many to take place in the mid and late aughts. But the franchise wasn’t over.

Eight years passed without a peep, but in February 2016 a mysterious trailer dropped for 10 Cloverfield Lane.  The time between the trailer and the film release was about a month, and it was clear this installment would be quite different, but there was a lot of confusion about how these films would be connected, if at all.  What we got was a film loosely connected to the first via Easter Eggs and sub genre only (monster/science fiction), which led to a film that was much more self-contained and leaned more heavily towards being a psychological thriller than anything else.  Despite this loose connection, I could see why it fit together. It was a unique marketing strategy and a blend of genres and I appreciated the approach.

And now here we are in 2018 and the Cloverfield franchise has done it yet again.  Like 10 Cloverfield Lane, Paradox was originally another script that was reworked to fit into the franchise.  While this fact may bother some people, I’m glad that it gives projects like ‘The Cellar’ and ‘God Particle’ a chance to flourish under the Cloverfield banner and gives the franchise a chance to do what it does best in regards to marketing and genre blending.  And as they work to make these stories fit into the Cloververse, we get fun little Easter Eggs, too.  And let’s be real, that’s just an enjoyable side perk in the whole deal.

And now that we’ve reached the Paradox portion of the article, WARNING: MODERATE SPOILERS BELOW.  I will NOT mention character deaths, but will mention plot points related to the Cloververse as a whole. 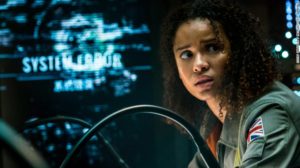 The Cloverfield Paradox has opened the door wider for more films to be tweaked and fit into the Cloververse and I couldn’t be happier.  The crew of the aptly named “Cloverfield Space Station” set off a device that rips portals into other dimensions, which allows monsters and other horrors to cross over and harm the earth (multiple earths, most likely, as we see at least two in this one and it’s speculated that each film so far has taken place in different universes altogether).  The intention of the Shepard device wasn’t to harm, but to find an alternative source of energy to save their dying earth.  It’s clear this timeline (or universe) is quickly headed towards a dystopian future and this may be our only salvation.

The ‘paradox’ in the title of the film is the crew of the ship occupying the same ship at the same time twice and having to deal with the repercussions of that.  In some cases, crew member’s body parts go rogue. In other cases, crew members present in the other universe appear out of nowhere.  In other cases, things the characters’ counterparts in the other universe did come back to haunt them, even though they had nothing to do with it themselves.  It gets messy and terrifying.  This type of body horror was likely the crux of the original God Particle script, with much of the horrors on earth as a byproduct of it being brought into the fold of the Cloververse.  It would have been an interesting film either way, but much more like an episode of Black Mirror without the Cloververse tie ins.

In this case, the monster movie genre is very much downplayed, whereas it was a much larger component to the first two films.  While the actions of this film opened up the Cloververse for more monsters overall, the main characters are in space and far removed from the monsters popping up on earth.  The two genres that are mixed most are hard science fiction and body horror.  It’s the first in the franchise to lean hard sci-fi instead of softer, and the first to step closer to body horror than monster flick.  It’s more Alien than Godzilla.  But it’s also more Interstellar meets Alien.  It’s… unique.  And it’s very Cloverfield.

Another interesting note in Paradox is the character Molly, who was certainly added after it was brought into the Cloververse.  Her character exists entirely on earth, which was largely added onto the God Particle film.  Additionally, the actress is listed as “Clover Nee,” which is an obviously fake name.  There’s no information about her anywhere.  The question is why?  Will she be in an upcoming Cloverfield project?  It wouldn’t be the first time there was an actor crossover.  Suzanne Cryer reprised her roll as Leslie from 10 Cloverfield Lane in Paradox, though it was a relatively minor part.  Regardless of the reason, this little fact is just weird enough to cause the Cloververse fandom to go just a little bit wild with speculation.

So what’s next with the Cloverfield Universe?

Yes, folks, there’s more!  They’ve already grabbed another script.  The next one being tweaked to fit into the Cloververse is called Overlord and will take place during the D-Day invasion.  Now that monsters are being unleashed across time, our stories can literally take place anywhere.  So bring on the period pieces, I guess.  That’s fine by me!  How will they market this one in a unique way, though.  Will J. J. Abrams show up at our door and hand deliver the movie to each and every one of us? Will it be delivered to us via dream?  Will we all be given a time machine so we can go back to D-Day and watch it happen in person?  We’ll see, I suppose.  I can’t wait to find out.