Disney/Pixar’s “Coco” To Be Released On Digital, 4K Ultra HD, and Blu-ray This February 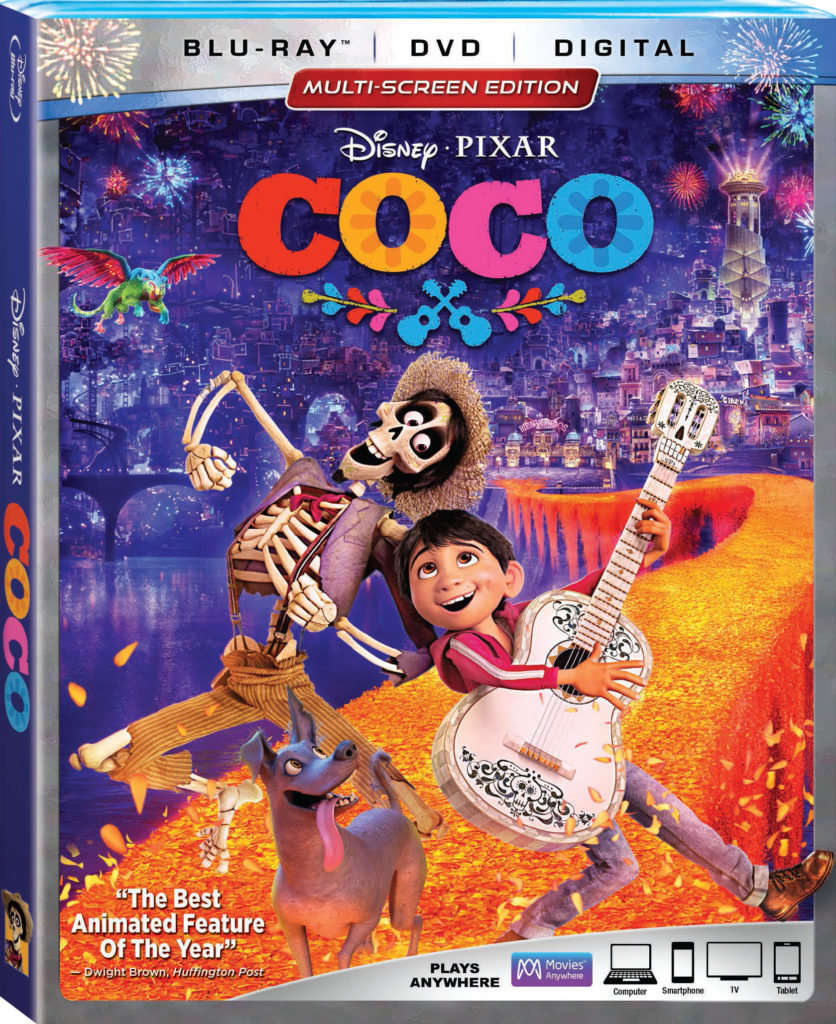 Disney/Pixar’s highly enjoyable animated film Coco will be released Digitally in HD and 4K Ultra HD and on Movies Anywhere on February 13, 2018. It’ll be available on 4K Ultra HD, Blu-ray, DVD, and On-Demand on February 27, 2018.

I’ve been looking forward to seeing Coco ever since the first trailer was released. And I have to say that the Mexican-culture celebrating animated film exceeded my expectations and tugged at my heartstrings. Now fans can rewatch Miguel’s adventure on February 13, 2018.

In Disney/Pixar’s Coco, Pixar Animation Studios’ 19th feature film, Miguel (voice of newcomer Anthony Gonzalez) dreams of becoming an accomplished musician like his idol Ernesto de la Cruz (voice of Benjamin Bratt)—despite his family’s baffling generations-old ban on music. Desperate to prove his talent, Miguel finds himself in the stunning and colorful Land of the Dead following a mysterious chain of events. Along the way, he meets charming trickster Héctor (voice of Gael García Bernal), and together, they set off on an extraordinary journey to unlock the real story behind Miguel’s family history.

There’s also a ton of bonus materials to keep fans busy. The bonus content will allow fans to “tag along with filmmakers as they soak in Día de los Muertos in Mexico; explore the essential role of music in “Coco;” and learn how the cast and crew personally connect with the film’s message. They’ll step behind the scenes to discover the inspiration behind the film’s creative costuming; Miguel’s beautifully complicated family; Dante the loyal Xolo dog; and the stunning worlds of both the dead and the living. Features also include deleted scenes, insightful filmmaker commentary, the music of Coco and more.”

Here are some Disc Specifications:

As of writing this, Coco has grossed $591.7 million at the global box office against a $175-200 million budget. The critically acclaimed film even won in the Best Animated Feature category at this year’s Golden Globe Awards.

Have you watched Coco? Are you excited for the upcoming home release? Let us know.