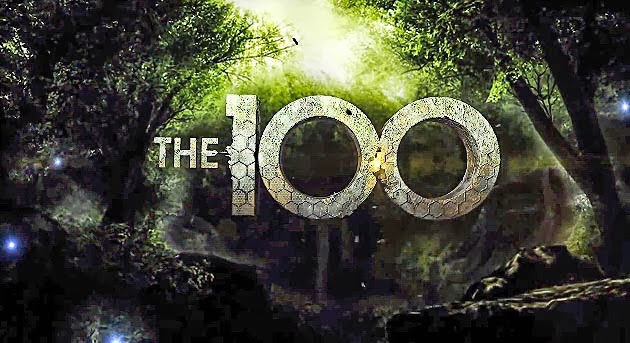 Well, while I’ve been here living vicariously through them, our SDCC crew has been hitting up press rooms and rubbing elbows with our favorite stars from our favorite shows! Earlier, Admin Angel was in the press room with the cast of The 100 and was able to get some scoop on next season from cast members Eliza Taylor (Clarke) and Ricky Whittle (Lincoln), as well as executive producer Jason Rothenberg!

Some things we can expect in season three:

Jason Rothenberg (on if we’re getting more backstory): We’re going to understand a lot more about the world, and how the world got to be the way that it is, which is kind of a backstory – an origin story, really. 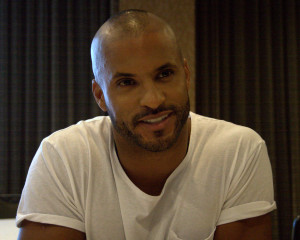 Ricky Whittle: This season, we’re going to branch out. We’re going to keep that two worlds scenario that we have […] and keep it fresh for the audience. Jaha and Murphy are going to get the AI story, and then you’re going to have more invested in the factions that we’ve already met – the Grounders and the Sky Crew. What’s going to happen there? Because things didn’t end very well, at the end of the season. So we’re going to investigate that.

Jason (on who else could die): It’s pretty much a free-for-all, I would say. Nobody is safe. […] Not everybody will make it to the end.

Eliza Taylor (on whether her feelings for Lexa will be a driving force): I think there’s definitely resentment. I think that if Lexa comes back, it’s not gonna be nice. She broke her heart. 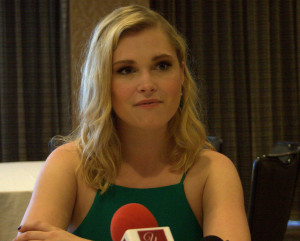 And speaking of Clarke and Lexa, I’m sure you all want to know what Eliza thinks about being the first bisexual protagonist on network television! Well, don’t worry, because our own Admin Angel asked her just that!

Eliza:  I think it’s pretty amazing that I get to claim that title. I was really shocked that I got to do that.

Eliza (on sci-fi being a better genre to discuss diversity): I think that planning that something so far in the future, you get to forget about sexuality, race, you know, all those things people fight over, which is pretty amazing.

Oh, hey, since we’re talking about relationships, is anyone curious what we’ll see happen with Lincoln and Octavia next season?

Some other tidbits from the interviews that I found interesting:

Ricky: The great thing about our show is there’s no good guys or bad guys. Only perspective. Depending on what side of the fence you fall on, you’re going to fight for your people. The Mountain Men last year were seen as the bad guys. If you’re a Mountain Man, you’re just fighting for you own people. You want to get back on Earth.

Eliza (on doing her own stunts…or not): I’ve had so many injuries that they’re just like, “Okay, you know what? We’re just going to let the stunt doubles take this one.” But it’s great fun. I’ve learned how to do so many amazing things – like ride horses, or shoot guns, or fight.

Keep an eye out here at The Geekiary for the full transcripts for these interviews, which we hope to have up soon! And stay tuned for more coverage from San Diego Comic Con!

Previous:Nerd HQ 2015: A Conversation with William Shatner
Next: 12 Monkeys Panel at SDCC: Love, death, and the rabbit hole of time