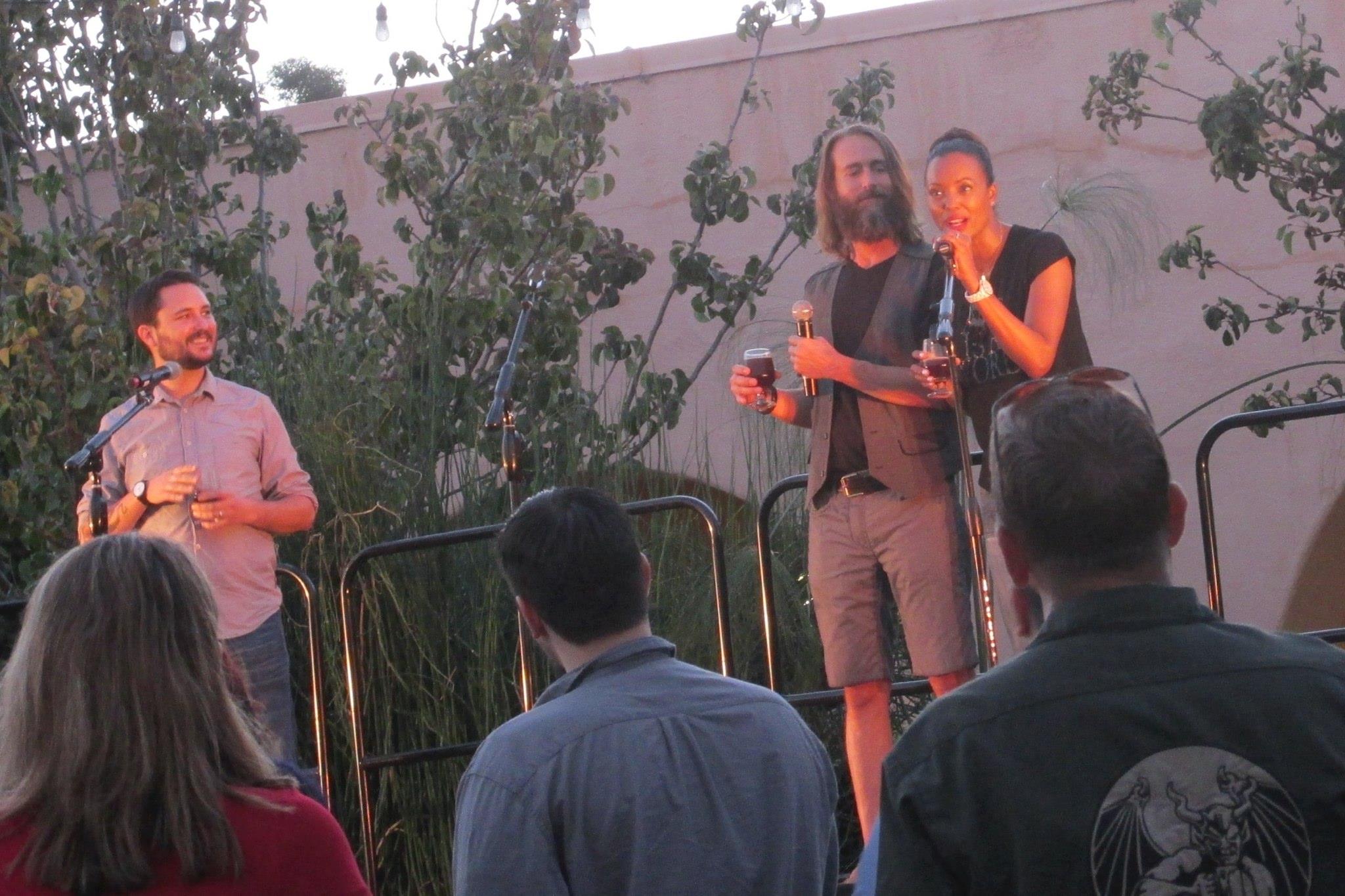 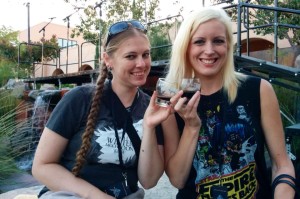 that this city has to offer – two of the most important (in my opinion) being the food and the beer. In terms of the latter, it was no surprise that there were a couple different beer festivals to choose from, and as a beer lover myself I knew that I had to make time to take in as much of the San Diego [Comic-Con] beer culture as possible while I was out there.

This year marked HopCon 2.0, the second SDCC-timed festival put on by Wil Wheaton and San Diego’s Stone Brewery. Held on the Wednesday night right before Comic-Con’s official Thursday start date, at Stone’s Liberty Station location just outside of downtown, in 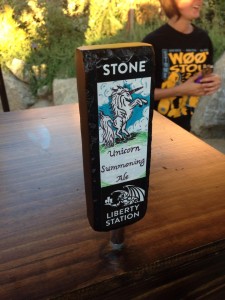 addition to Wil Wheaton it was also hosted by Aisha Tyler (comedian and voice of Lana on Archer) and Drew Curtis (an online news guru). To put it simply, HopCon was a great way to kick off SDCC, and from beginning to end it was a quality event.

Stone World Bistro & Gardens at Liberty Station is a beautiful location, which shouldn’t surprise anyone who has been out to Stone Brewery’s main facility in Escondido, and it’s hard to beat the perfect evening weather that we experienced this year at the event. Tickets were about $60 each after the usual online fees, and included ten beer tastings, food, and of course some entertainment and the chance to mingle with the awesome hosts. But even if attendees didn’t get lucky enough to run into Aisha, Wil, or Drew, I think it was still great to mingle with so many like-minded people in general. 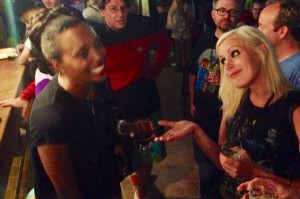 Not to mention the fact that, with Stone being part of the event, you know that the beer and food were first-class! HopCon was worth every penny, and though the highlight of my night was talking cosplay with Aisha Tyler (just a note: don’t tell her she could cosplay Lana! I didn’t, but apparently some people do, and straight from her mouth, it won’t ever happen), I also enjoyed myself immensely thanks to the general atmosphere and the tasty food and beverages offered.

On the other hand, when I attended 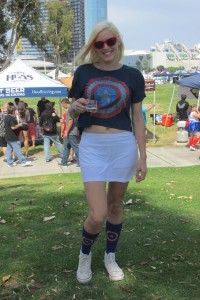 Saturday’s Heroes Brew Craft Beer Festival in Embarcadero Park, I was seriously disappointed. I ‘splurged’ on a VIP ticket, which I was grateful for, especially as it as only $10 more than a regular ticket and included getting in an hour earlier (3 PM instead of 4 PM). Even then, the line to get in was fairly long, and out in the hot sun to top it off. Inside, while some of the breweries were offering free samples of food (bags of potato chips and the like), any other sustenance of that type was for purchase only. Additionally, there were supposed to be ‘special’ beer samples for those with VIP tickets, but yours truly saw nothing of the sort while I was there.

When 4 PM hit and the regular ticket holders were let into the festival, the lines built up pretty quickly, and unlike Wednesday, where it seemed most if not all of the HopCon attendees were also in town for SDCC, Heroes Brew was packed with locals. Nothing against San Diego locals, of course, except for the fact that it wasn’t the like-minded crowd that I loved so much about HopCon. As for the location, while it was nice that it was walking distance from the main convention areas, and while Embarcadero is a beautiful waterfront park, the fact that it was in the middle of the afternoon and didn’t offer much shade or seating was frustrating at best.

My verdict? Let’s just say that if I return to Comic-Con next year, I will not be attending Heroes Brew again, nor would I make it a suggestion of something to do during SDCC – not with so many other awesome activities and events going on, especially on the Saturday of the convention.

Previous:Guardians of the Galaxy: Funny, Beautiful, but Not Without Problems
Next: The Legend of Korra 3×9 Review: The Stakeout