The Characters Completely Made “Company Town” 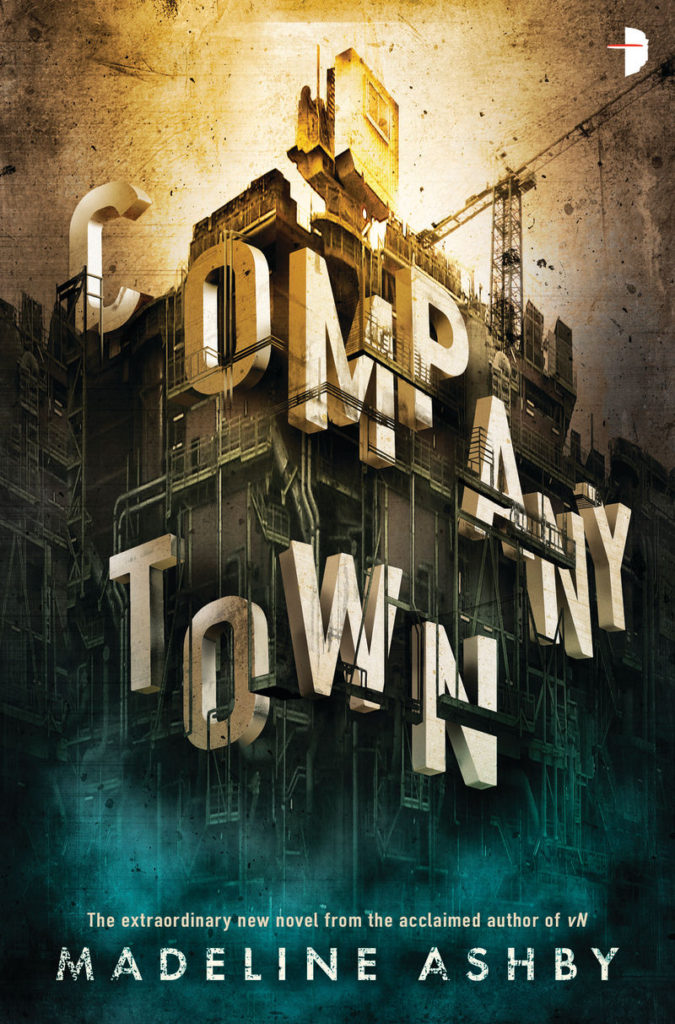 In Company Town, a woman without a future works for a man without a past. Go Jung-Hwa takes a job as a bodyguard for a wealthy family so that she can use the family’s resources to track down the monster that’s murdering her friends.

In a metaphor that is perhaps way too literal, the titular company town — New Arcadia — sits on an oil rig in the Atlantic Ocean off the coast of Canada, and everyone who lives and works there exists because of the rig. After an explosion destroyed the old rig and killed Hwa’s brother, along with about one hundred other workers, the town was bought by Zacharias Lynch. But Lynch has a secret, and it may ruin everything.

Madeline Ashby has built a stellar world in Company Town — a not-too-distant future where biological enhancements are so commonplace that Hwa, who has none, is an anomaly. Truly organic but suffering from Sturge-Weber Syndrome, Hwa is the perfect candidate to guard Joel Lynch, the youngest son and heir of the family who owns the oil rig, as she cannot be “hacked”. Lynch’s head of security, Daniel Siofra, recruits Hwa away from her current job of acting as a bodyguard for the United Sex Workers of Canada. However, when her friends in the union start dying, Hwa questions her decision.

The world-building is probably the best aspect of Company Town. Ashby has created a fully functional, completely isolated world with its own rules, culture, and ecosystem. The oil rig setting is described well enough that even people who have never seen one would be able to envision it, with its towers and scaffolding and various bits of machinery. Not to mention, the idea of standard bioaugmentation is fascinating and integrated seamlessly into the exposition, almost as if it were normal for this time as well. It’s all too easy to picture life in New Arcadia.

The characters — at least the main trio of Hwa, Daniel, and Joel — are all well-developed with a great, multi-faceted relationship. Hwa is brilliant and flawed, struggling to be seen as a person instead of her condition. Daniel is a gem, a man who doesn’t remember anything before he started working for Lynch and battling his growing attracting to Hwa. The development of their romantic relationship was subtle enough to not detract from the plot and done well enough that it doesn’t feel out of left field when it finally comes to a head. Hwa’s relationship with Joel is more friendly — or mentor/mentee — than bodyguard and charge. Indeed Hwa seems to be, not inept per se, but ineffective as a bodyguard, given the amount of time she doesn’t spend with Joel.

For all the fantastic world-building and thoroughly engaging characters, Company Town suffers from a plot that doesn’t really stand up to scrutiny. A lot of elements don’t really make sense when you take a good, hard look at them, and certain events pass by with little fanfare that make you wonder why they were brought up at all. The other members of Lynch’s security team trashing Hwa’s apartment and scrawling threatening messages on the walls doesn’t serve much of a purpose except to highlight the changes in Hwa and Daniel’s relationship. And considering the main arc is supposed to be about Hwa trying to solve her friends’ murders, there isn’t a whole lot of sleuthing going on.

That said, you should check it out for the interesting look at a perfectly plausible future. Company Town raises a lot of interesting questions such as immortality and the human condition as well as the ethics and stigma associated with legalized prostitution. There are a lot of great ideas, they just fail to coalesce into anything truly cohesive. Still, this is a great read just for the characters alone.

Company Town by Madeline Ashby is published by Tor/Forge and is currently available wherever books are sold.