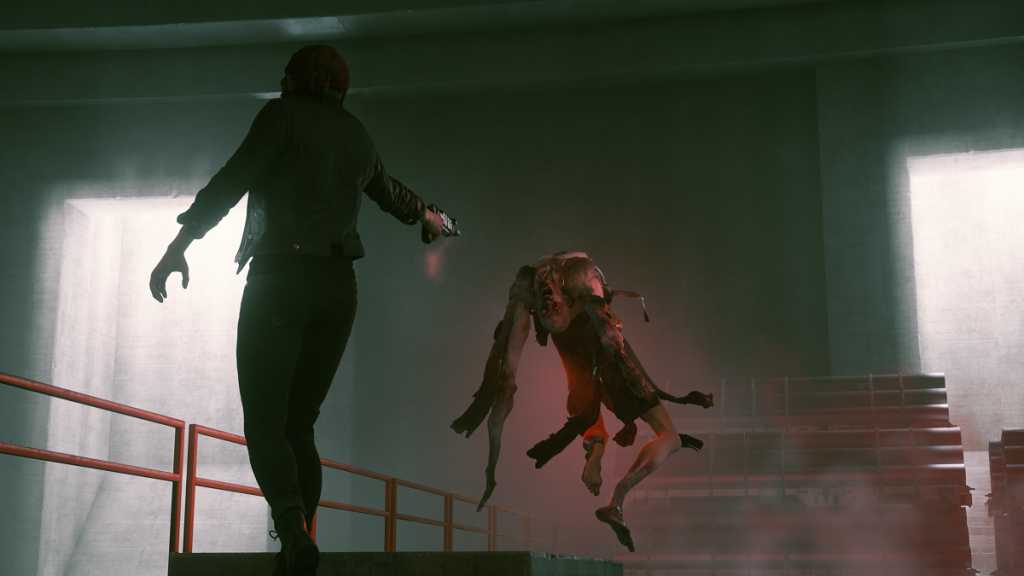 Developer Remedy Entertainment and publisher 505 Games have released the official story trailer for the upcoming game Control. The third-person action-adventure title will be releasing on PlayStation 4, Xbox One, and the Epic Store come August 27, 2019.

According to Remedy, Control is supposed to be less linear than its previous releases. It will also be weirder.

“Don’t get this wrong because I’m really proud of what we achieved with Quantum Break–but intentionally from the beginning, with Quantum Break, we wanted mainstream appeal, a big blockbuster thing,” said creative director Sam Lake while speaking to GameSpot. “Because, creatively, you want to keep things fresh and interesting and get excited about it. It’s kind of a pendulum swing. And for [Control] we just said: ‘You know what, let’s just go with what excites us. Really, even if it’s just really out there and weird, let’s embrace it and go with it. We love pop culture, we love many different things, but so do gamers out there. Let’s just trust that if we go on this journey that they’ll come along.’ And that excitement is contagious. So we didn’t want to be boxed in in any way; we just wanted to go out there and go crazy, in some ways.”

I’m looking forward to playing Control because of Remedy Entertainment’s track record. The studio is known for Alan Wake, Quantum Break, and the Max Payne series.

After a secretive agency in New York is invaded by an otherworldly threat, you become the new Director struggling to regain Control. From developer Remedy Entertainment, this supernatural 3rd person action-adventure will challenge you to master the combination of supernatural abilities, modifiable loadouts, and reactive environments while fighting through a deep and unpredictable world.

Control is Jesse Fadens’s story. The main plot focuses on her personal search for answers as she grows into the role of the Director. The world of Control has its own story, as do the allies Jesse meets along the way. Side-quests and Secrets are everywhere. Jesse works with other Bureau agents, decodes cryptic ciphers and discovers strange Bureau experiments.