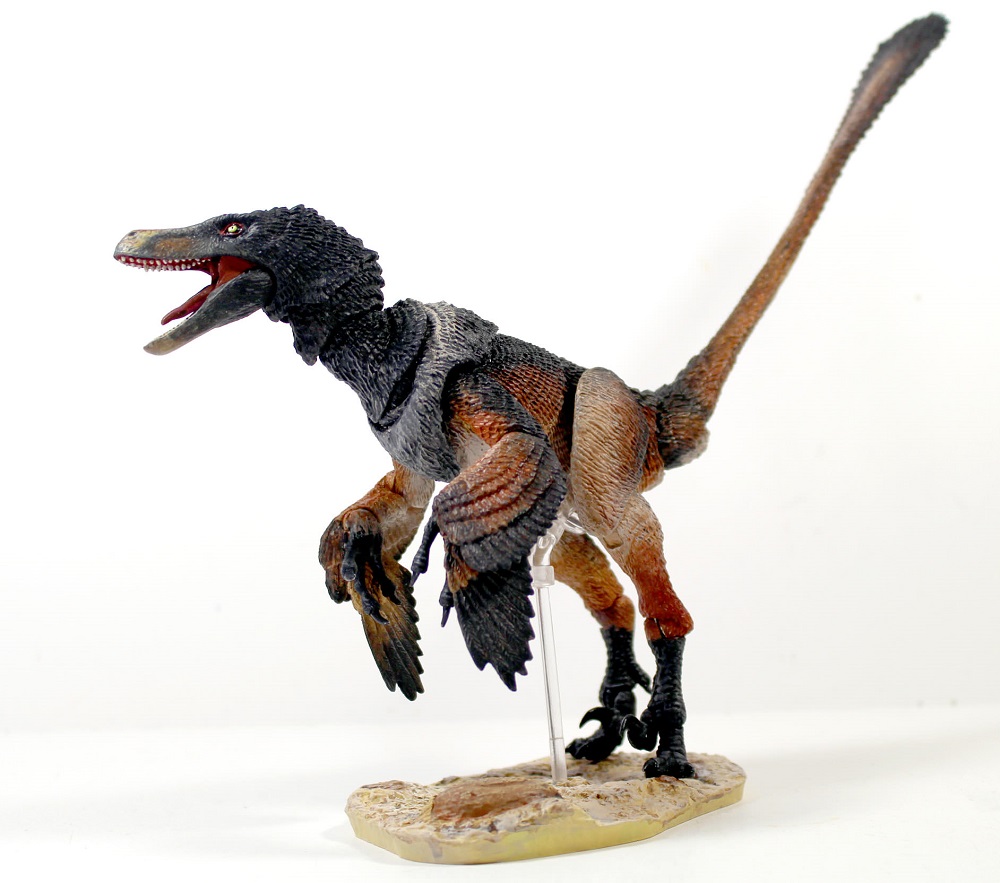 If you’re still thinking about the perfect holiday gift for fans of dinosaurs in your life, the Creative Beast Studio’s “Beasts of the Mesozoic” Raptor Action Figures are a great choice. Read on for a full review (and unboxing video) of one of the figures as well as all the different types that are available.

We were provided a free Velociraptor figure for review. The opinions shared are our own.

Creative Beast Studio “From the prehistoric to the Fantastic” lives up to its tagline. Boasting a huge collection of incredibly detailed, ravenous, and colorful dinosaurs, it makes sense why everyone would want an entire room full of these figures on display.

We have listed a few from the line for your consideration. You can discover more by visiting the online store!

This creature is perhaps the most recognizable name in the dromaeosaur family. The Velociraptor mongoliensis was not the man-sized villain of the movies but a “swift robber” from the deserts of Mongolia. It features beautifully sculpted feathers, stunning color, and of course that terrible toe claw.

A full written review is at the end of this list. 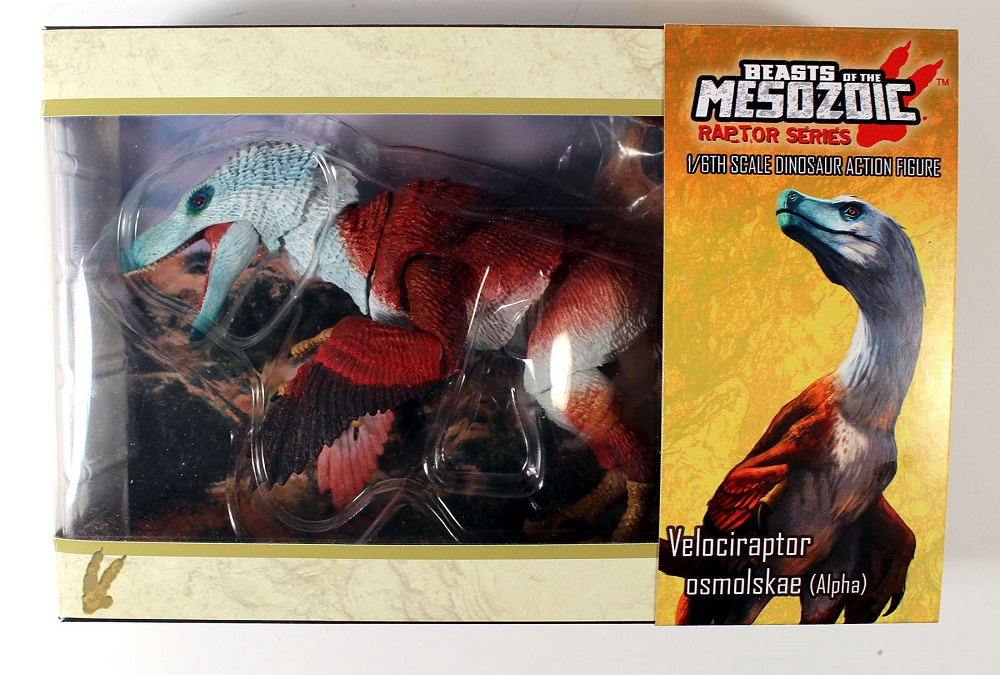 It is the lesser-known of the two Velociraptor species but that doesn’t make it any less deadly. Velociraptor osmolskae also inhabited the brutal Mongolian deserts. It had a long and low skull, an upturned snout, and deadly toe-claws. This figure comes with brilliant blue and white head feathers. 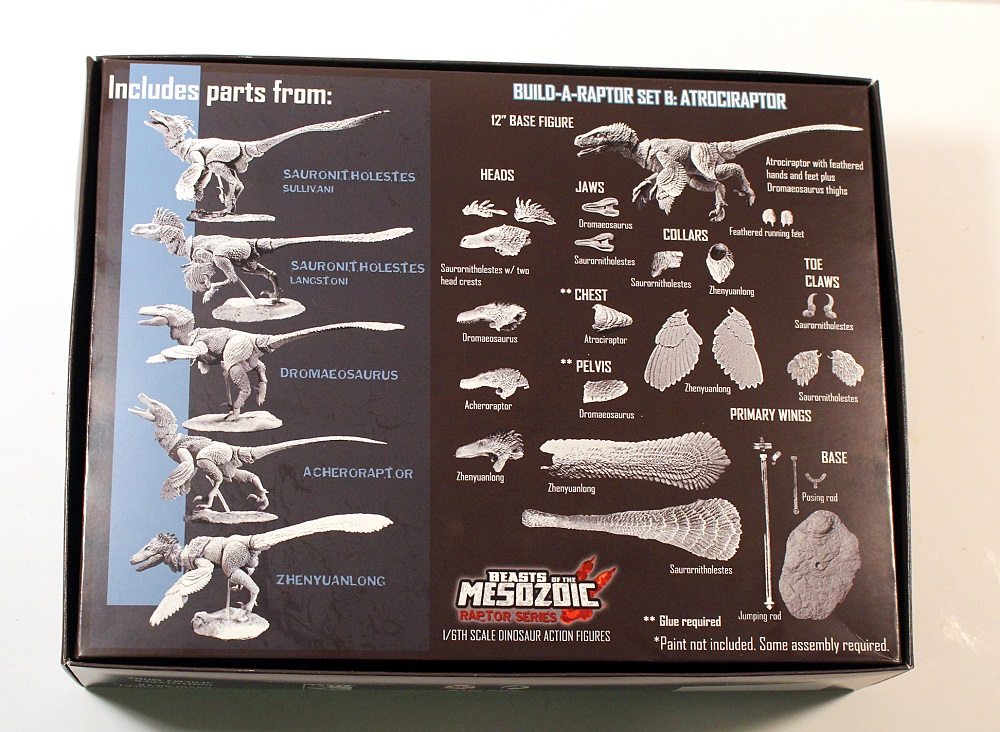 Are you someone who wants to create and paint their own dinosaur? These two sets feature interchangeable parts that allow you to do just that. Each customizable set includes a main raptor figure, base, two posing rods (standing and jumping), a set of running toes, and additional interchangeable parts. 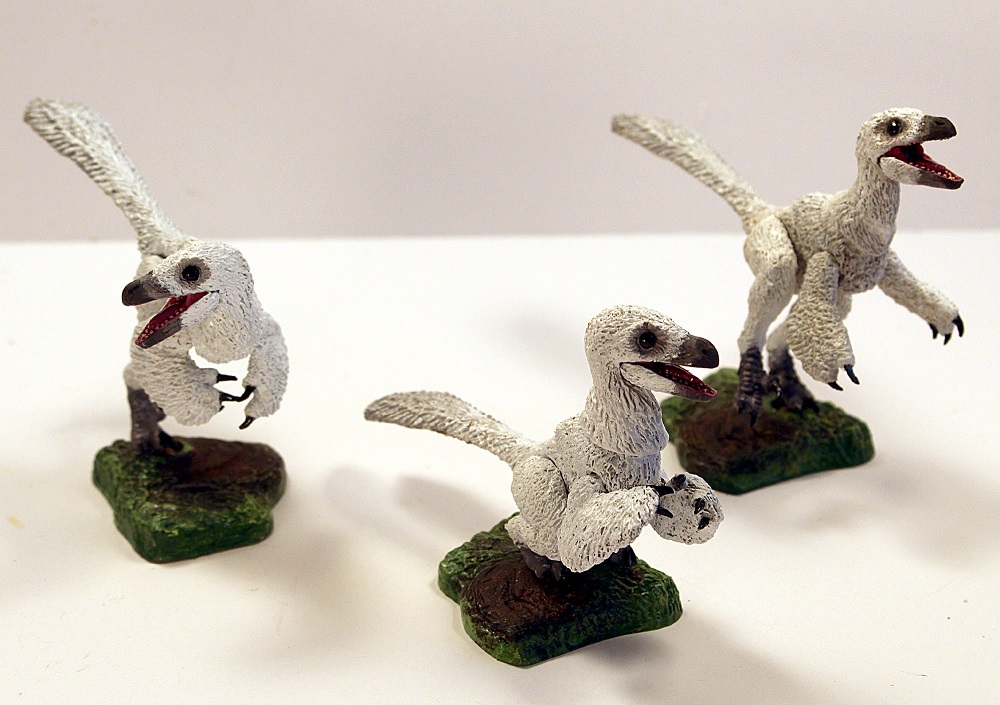 Even raptors began their life as cute little babies (with pointed teeth and razor-sharp claws, though). These sets include three nestlings that scale perfectly with the deluxe adult figures at 3” long x 2” tall. They have eight points of articulation and interchanging parts. 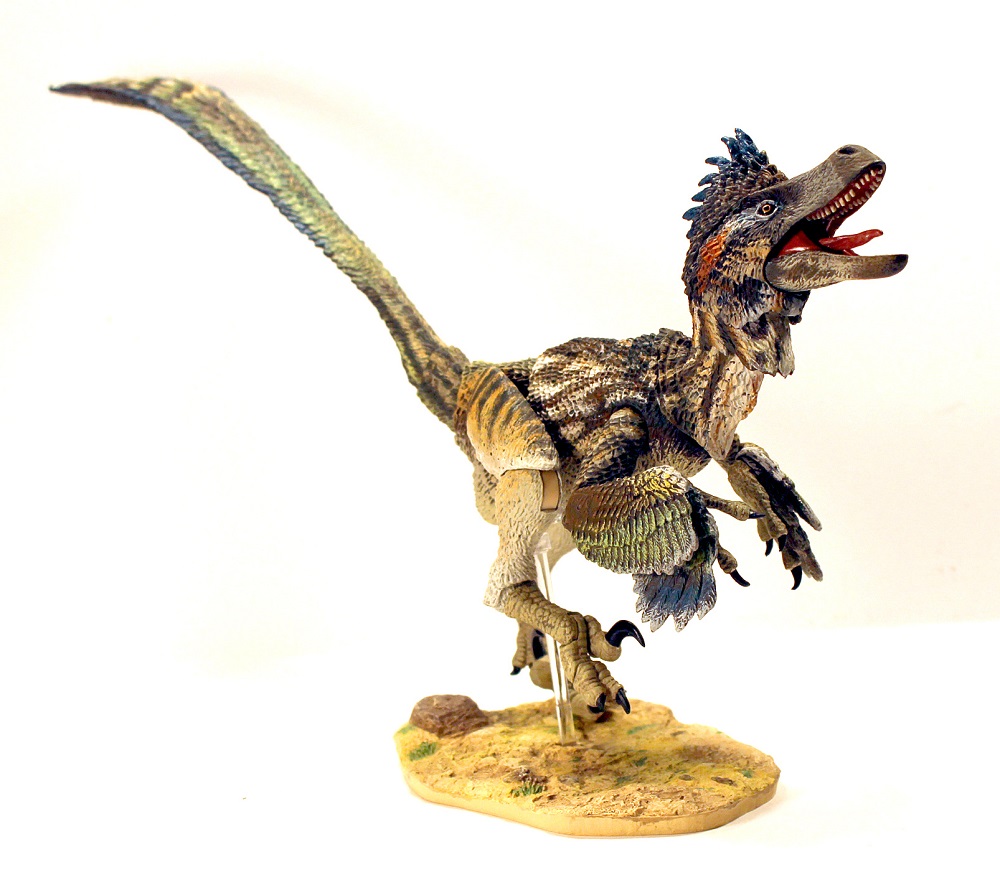 This “Fan’s Choice” figure features a stunning punk rock feather mohawk that would be just as at home in a mosh pit as late Cretaceous North America. 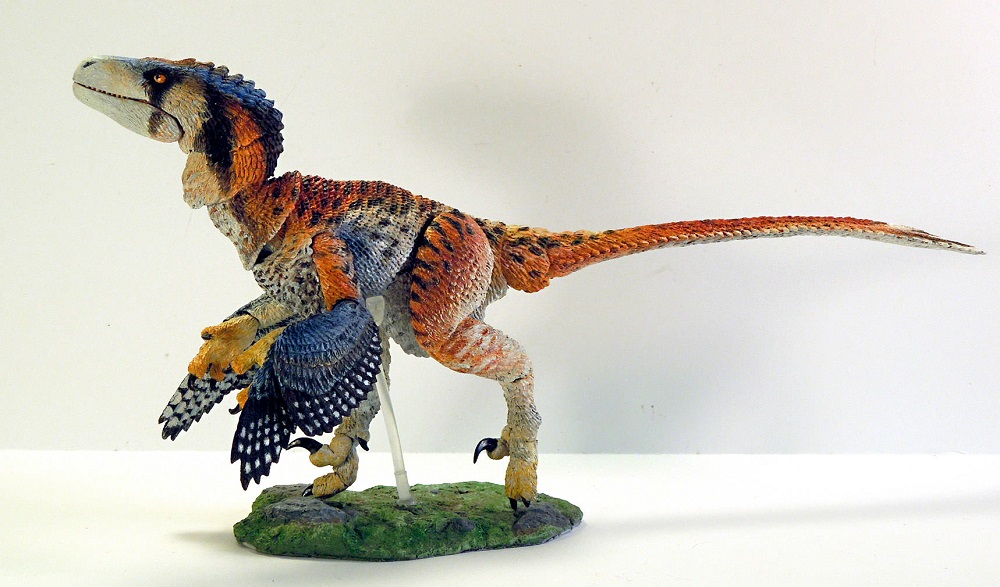 Another “Fan’s Choice” figure, this “running lizard” relied more on its powerful bite (three times stronger than a Velociraptor) than its sharp toe claw to do its dirty work. This Dromaeosaurus albertensis also comes with a unique background display insert. 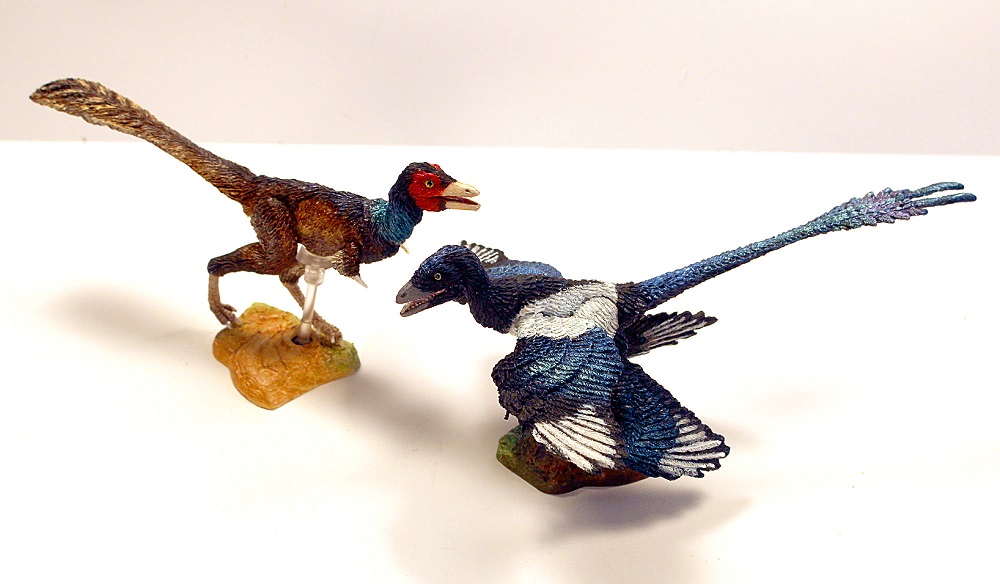 Now for the review of the Velociraptor mongoliensis (black) figure! We don’t recommend anything to you unless we’ve tried it out ourselves. So, let’s see what our contributor Micah has to say.

The artist, and also founder of Creative Beast Studio, David Silva really knows his way around his portrayal of the monsters in his collection. He’s had his hand in numerous publications of prehistoric monster art books. Working in the toy industry, he has a fascination for fantasy and monsters and his passion truly shows in his work.

The figure sent to me is approximately 12” long x 5” tall having 26 points of articulation and includes a base featuring a prehistoric desertlike ground, with multiple posing rods and attachments, interchangeable closed running toes, collectible trading card, a unique background display insert, and an instruction sheet for tips on how to pose and use all the parts.

Upon attaching the long tail to the Velociraptor it was easy to see how agile this thing would’ve been. The tail is impressive seems to have helped this creature be more aerodynamic in real life. The claws look almost comically large yet terrifying.

The feathers and scales go from a dark blue and black atop its head and lowering to its back and tail, to a tan and rust color of its belly and underside. The wings attached to its arms are so incredibly detailed it’s unreal. Every feather seems to be finely crafted and painted to accentuate every detail. Its teeth, while small, are noticeably sharp and its piercing yellow eyes bring this entire horrific dinosaur figure together.

For those who have watched my unboxing video and were wondering about the pose I made this figure do, I mean, although this dinosaur is made for stalking, I personally liked to pose it as a flyer. The figure just seemed way more menacing that way.

I strongly encourage anyone with even an inkling of fascination in monsters (especially dinosaurs) to check what Creative Beast Studio has to offer.

And if you aren’t into dinosaurs, there’s a whole lot Creative Beast Studio has to offer. Just look at that beautiful Arctic Dragon.

What are you planning to gift someone during the holidays?