Is Ryan Reynolds’ Desire to Give Wade Wilson a Boyfriend in Deadpool 2 Queerbaiting? 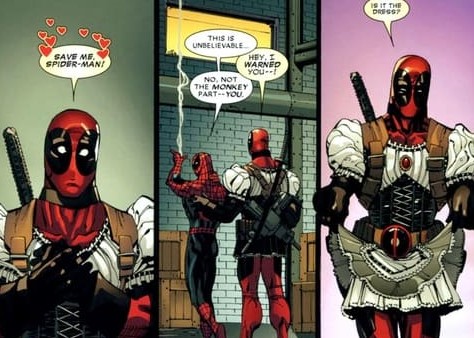 Talks about Deadpool’s sexuality were going on before the first film’s release, and while it didn’t offer much, the same talks have resurfaced with a sequel in the works. With Ryan Reynolds being onboard to give Wade Wilson a boyfriend, is it just queerbaiting or will he finally deliver in Deadpool 2?

It is a fact that Hollywood has a long way to go before it can release a potential blockbuster with a queer lead. This could be the reason why even though Deadpool is a different kind of superhero film, Wade’s sexuality wasn’t made entirely obvious.

Yes, he joked around, flirted, and even let his girlfriend use a strap on, but the point remains that everything was done with an air of fun that did nothing to show a clear picture of his pansexuality. I was cautious about such a thing happening before the film’s release, and his first solo outing did nothing to resolve my concerns.

The comic books seem to follow the same route. There are instances that can be taken as Wade referring to his queerness, but the tone and context make them come across as jokes. Furthermore, he has only been shown in relationships with women.

DC Comics’ John Constantine also came out of the closet years after his creation. And even then his queerness was only hinted at. His late coming out and subsequent hints were also used as an excuse to not explore the character’s sexuality in the short-lived TV series.

However, DC Comics finally took a much-welcomed step by showing Constantine in a romantic relationship with another man to quieten all haters.

Marvel Comics needs to do the same with Wade. Just adding comedic references to Deadpool’s sexuality isn’t doing anyone any favors, especially not the LGBTQ+ minority.

Coming back to Deadpool 2, Ryan is open to Wade having a boyfriend. Then why not just give one to him? Ryan is also a producer of the project so he does have the power. This is what he had to say in a recent interview with Variety:

I love that about Deadpool. I love that he can break any boundary. In the future, I hope we get to do that more. I certainly wouldn’t be the guy standing in the way of that. That would be great. (via CinemaBlend)

Wade’s love for Vanessa is being considered as a hurdle by some. But to me, it just comes across as a flimsy excuse. A grown up queer man is capable of being in a relationship with a man and a woman simultaneously if he wants. 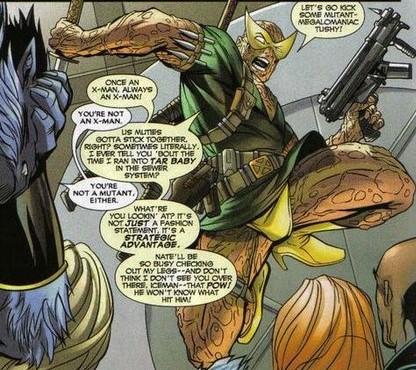 If Ryan and his team are all for giving Wade a boyfriend then they can show Wade romancing a man as well as Vanessa in Deadpool 2. It isn’t something out of this world, especially for a character like Deadpool. They can even make an ex-boyfriend appear if they want to.

The only thing I don’t like is Ryan potentially (and perhaps unknowingly) queerbaiting an underrepresented group of people. Hollywood, including other media, hasn’t been kind to the LGBTQ+ community. While vocal support from actors and other media-related personnel is greatly appreciated, it doesn’t amount to much if they aren’t showing it in the final product.

For an audience that understands queerness, Wade was more than just straight in his solo film. However, for an audience who will do whatever it takes to do away with the notion of a lead being queer, the film didn’t deliver to make them change their mind. Wade needs to be shown romantically kissing a man or being in a romantic relationship with someone other than a woman for his queerness to come across.

Ryan Reynolds wanting to show Deadpool’s pansexuality is a step in the right direction, but it can end up bordering dangerously close to queerbaiting if the sequel doesn’t hit the right mark. Ryan may continue talking about Wade’s sexuality when promoting the third installment in the future, but fans craving representation may have moved on by then.

What do you think of Ryan’s comments? What do you expect to see in Deadpool 2? Let us know.