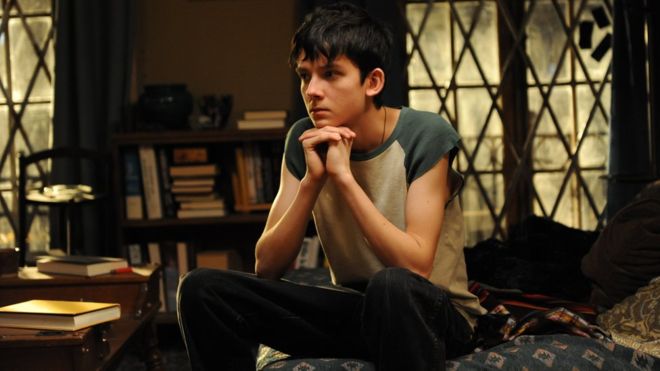 Departures looks like it’s going to be a geek’s dream… That is, if your dream is to sob uncontrollably in a theater full of strangers.

According to Variety, Asa Butterfield, who you might remember as the world’s creepiest Mordred from Merlin, is set to star in the “teen weepie” film Departures. Expect to burn through a lot of tissues with this film. Joining Butterfield is a young cast that comes from some very popular, very geeky shows. Variety reports that Maisie Williams (Games of Thrones‘ youngest assassin), Nina Dobrev (who did double duty on The Vampire Diaries), and Tyler Hoechlin (everyone’s favorite sourwolf from Teen Wolf) are all confirmed for the cast.

Departures is the story of a terminally ill teenager (Skye, played by Williams) who, with the help of a geeky friend (Calvin, played by Butterfield) embarks on a quest to fulfill an eclectic bucket list before she dies. Based on the plot synopsis from Deadline, where Skye is described as “spunky” and Calvin is “afraid of his own shadow”, this seems very much like it could have “manic pixie dream girl” written all over it. Hopefully, it won’t fall into that trap. I’m a fan of all four of these actors, and I would love to see what they can do with a really well done script.

Voltage Pictures, which is financing and co-producing the project, was pitching it as a “sweet, uplifting tale” and compared it to The Fault in Our Stars. The question is, will it make me ugly cry the way that TFiOS did? And the answer of course is yes, because everything makes me cry. You should know that about me by now. The bucket list concept reminds me of another film with a similar premise – 2009’s Fanboys, where a group of friends road trip across the country to try and get their dying friend a screening of Star Wars Episode I.

“Fergal [Rock] has written a beautiful screenplay,” said Nicolas Chartier, CEO of Voltage. “This film will certainly resonate with the vast teen audience the world over.”

BCDF will co-produce with Voltage. Production is scheduled to start this April in New York.