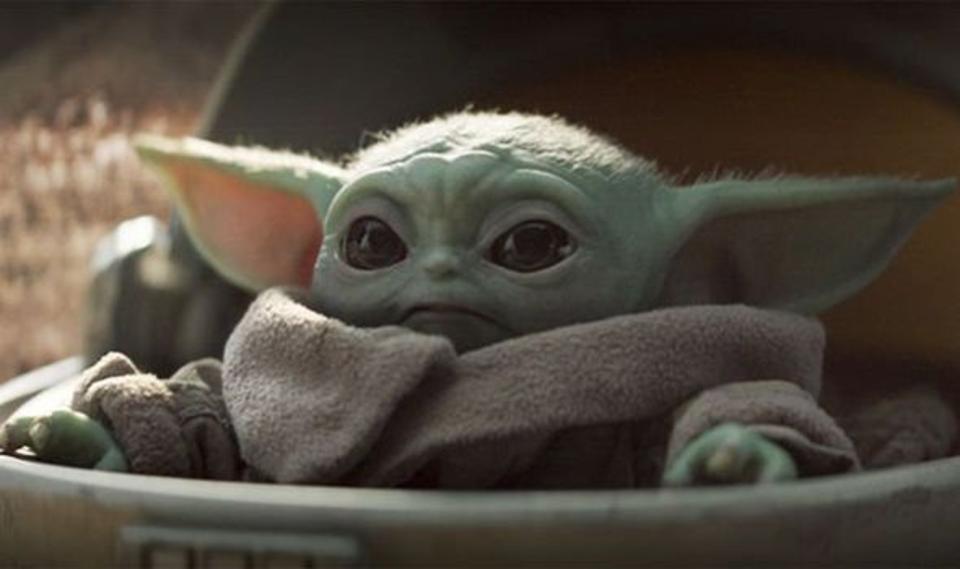 Disneyland has added new baby Yoda signage in Galaxy’s Edge to mark their changing stations and it’s the cutest thing ever.

UPDATE: The Baby Yoda changing stations situation is… apparently a hoax!  We apologize for our error.  We’ll leave this article up because, at the very least, it’s a great rant about the Yoda species aging debacle.

Star Wars: Galaxy’s Edge has a stunning amount of attention to detail. Now their baby changing stations are getting an added adorable component that’s sending Baby Yoda obsessed fans into a tizzy.  It’s unclear when our adorable little womp rat first appeared on the signs, but a picture was tweeted out yesterday by Twitter user @Cartarsauce, which seems to be the first time anyone noticed them (or at least noticed them and bothered to share it with the Internet).

um guys, why is nobody talking about the baby changing signage in Galaxy’s Edge? pic.twitter.com/RkkAVaF4km

And this is all well and good and adorable etc.  But oh god, now I’m being sucked back into aging discourse regarding this unnamed species.  If Baby Yoda is 50 years old and appears to be approximately a little over one human year old (non-verbal, but able to walk), that means their parents would have to change diapers for about a hundred years.

And now I’m going to get sucked into the discourse about Yoda Prime’s age.  He was training other Jedi at about 100 years old, which means he was training Jedi FRESHLY OUT OF DIAPERS at the human equivalent of about two years old.  And if Yoda Prime was about 900ish when he died, that means he was really just a young adult at that time, despite how old he looks.

And all of this discourse led to this lovely message exchange in the Geekiary chat a few nights ago.

HOW DOES AGING WORK WITH THIS SPECIES?! I NEED ANSWERS!

But anyway, back to the changing stations at Star Wars: Galaxy’s Edge… it absolutely makes sense that Baby Yoda is on these signs since that species spends a century changing diapers.  Also it’s cute.  So thank you, Disney.