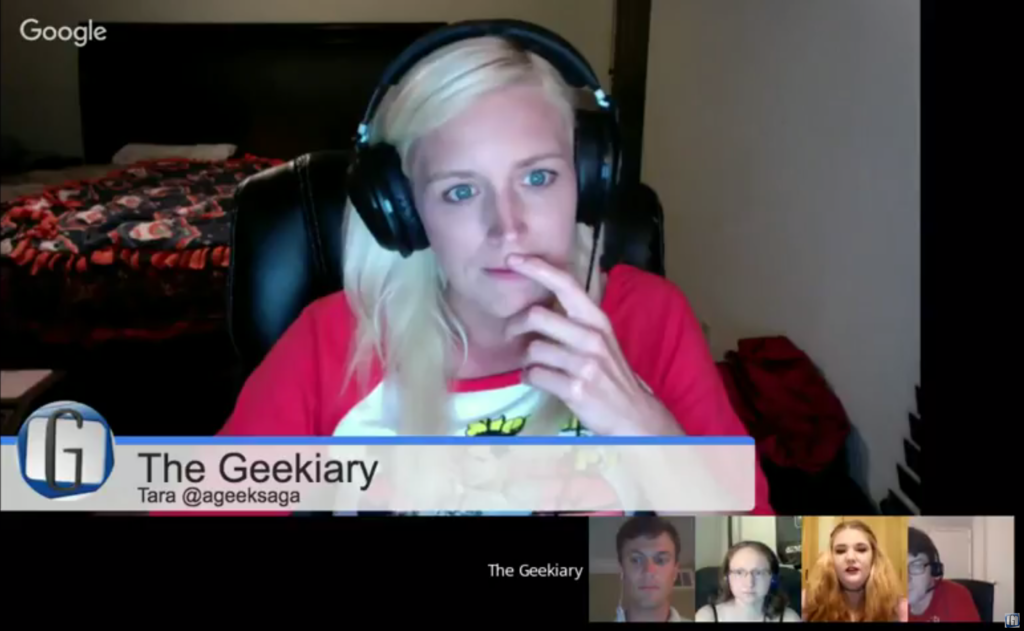 It’s been about two weeks since Dragon Con 2016 began, and tonight I was joined by fellow Geekiary writer Bekah and guests Andrew, Elena, and Judson to talk about the pros and cons of this year’s DCon!

(First things first, I apologize that my giant head is so prominent throughout basically the entirety of this Dragon Con 2016 webcast. YouTube has changed their live streaming/Google Hangouts settings and I haven’t hosted a webcast since they did that, so I had no idea it was even happening. Woops!)

Among the Dragon Con 2016 cons: What’s going on with the Dragon Con app? Will Dragon Con ever not be an ‘old boys club’? Will the dance parties every stop using the awful tickets for drinks system?

Of course there were a lot more pros! The Yule Ball being in the Marriott, food trucks being more prominent, guests being awesome, and wow that weather!

We debate about cheesecake, make fun of Judson for “not being all that into Harry Potter”, and probably talk about the Dragon Con app for far too long. There may or may not be a short “Thor more years!” chant at some point, and beware: none of us really like the Sheraton.

Regardless, please tune in to our webcast recap of Dragon Con 2016. And don’t forget to check out the upcoming events!

JUDSON
CONjuration November 2-6, 2016 (He will be attending as part of the Atlanta-based Hysteria Machines burlesque group, which focuses on geek themes)

As always, don’t forget to tune in to our monthly episode of FEELINGS on September 29th, 2016 at 8 PM EDT!