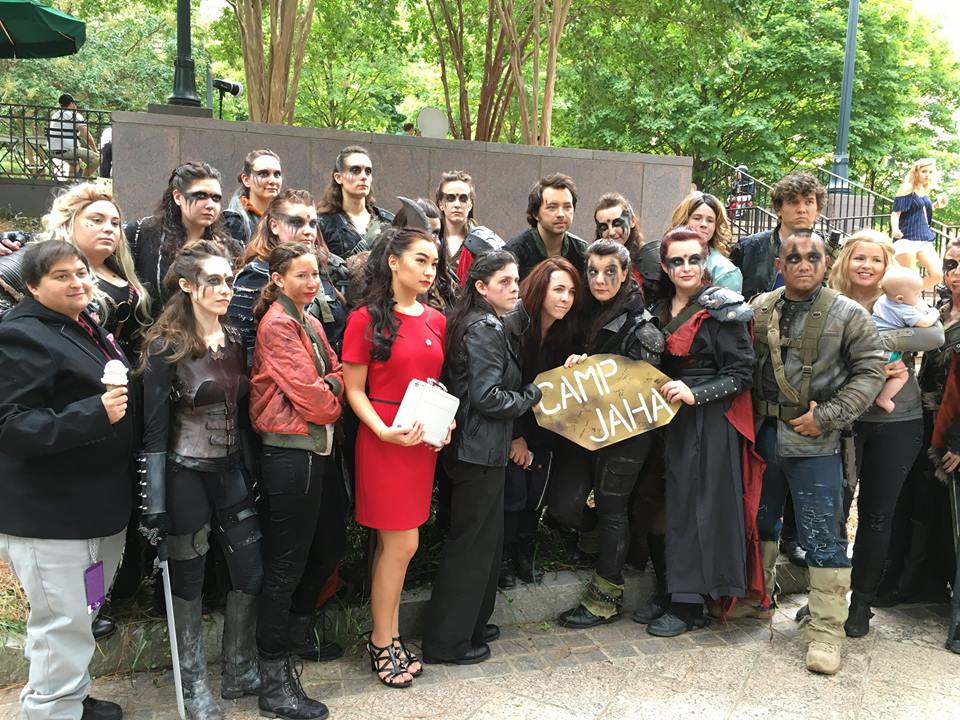 Fandoms can be a tight knit, loving support system, or they can be the emotional equivalent of the Hunger Games. Thankfully, The 100 fandom is the former.

I’ve noticed that there are few grey areas in certain fandoms, especially in regards to The 100 fandom. Many Bellarke shippers hate the Clexa shippers, and vice versa. A friend of mine once told me she experienced bullying to the point of tears via Instagram when people condemned her Bellamy and Clarke photo. It broke my heart.

People on the internet are cruel, and if you’re sensitive like me, you’re already very much aware of the havoc disgruntled fans can wreak. After Commander Lexa died tragically by a stray bullet, an outcry rose up from The 100 fandom. It was directly followed by an ‘apology’ to fans by Executive Producer Jason Rothenberg. Let’s be real; it was less of an apology and more of a way to cover his own butt; it doesn’t help that Jason hasn’t tweeted since Lexa’s death.

Fortunately, The 100 fandom members notorious for bringing up these arguments weren’t in attendance for The 100 Dragon Con meetup this year. It was the first time I attended a Dragon Con meetup and photoshoot, but thankfully I already had friends going, so I wasn’t as anxious as I could have been – and it was awesome that we had fans from all across the globe at the meetup.

Multiple Lexa cosplayers attended the shoot – we had a conclave of Lexas, in fact. We also had Luna, City of Light ice cream Jasper, Lincoln, Raven, Kane, and two great Clarkes. Even A.L.I.E. showed up with her briefcase and chips! We got a chance to bond and got nifty 13th Clan buttons. When JRot’s name was mentioned, a collective groan echoed through the crowd. I realized that they were all just as angry as I was, and honestly, that was a good feeling. 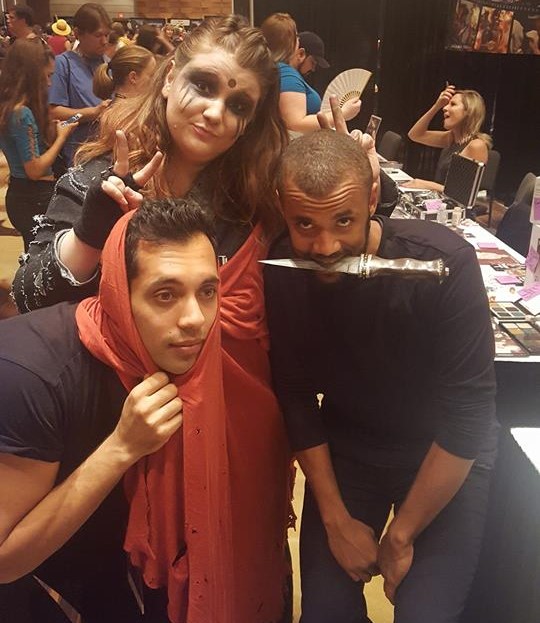 We also had a few laughs when the crickets in the brush began crawling into cosplays and up into people’s hair, sending the fearless Lexas scattering and shrieking. The crickets inspired some great jokes that later became t-shirt and sticker designs. Thanks to one of the talented members of the group, we now have the option to purchase them on RedBubble.

After we finished the shoot, a group of us headed over to the Walk of Fame in the Marriott and met some of the actors from The 100. Jarod Joseph (Miller) and Sachin Sahel (Jackson) seemed overwhelmed by the number of fierce Grounders standing in their line, but they were super gracious – and I got some great photos. I have to take a minute to brag on Lindsey, Jarod, Sachin, and Bob, because they absolutely love their fans.

Something can also be said for my fellow Lexas and how we all collaborated to help each other with our cosplays. One friend of mine in particular stayed up through many nights with me while we powered through coffee-and-anger fueled sewing binges, often ripping things apart to resew. Another girl helped me identify Lexa’s strap and sent me links to purchase it on eBay. Yet another woman even drew a diagram about how to attach the red cape.

Although this gathering was only a small part of The 100 fandom, I was fortunate to be able to meet such amazing people who love the show as much as I do, despite its flaws. I’m already planning my 100 cosplay for Dragon Con 2017, and I look forward to another great meetup! 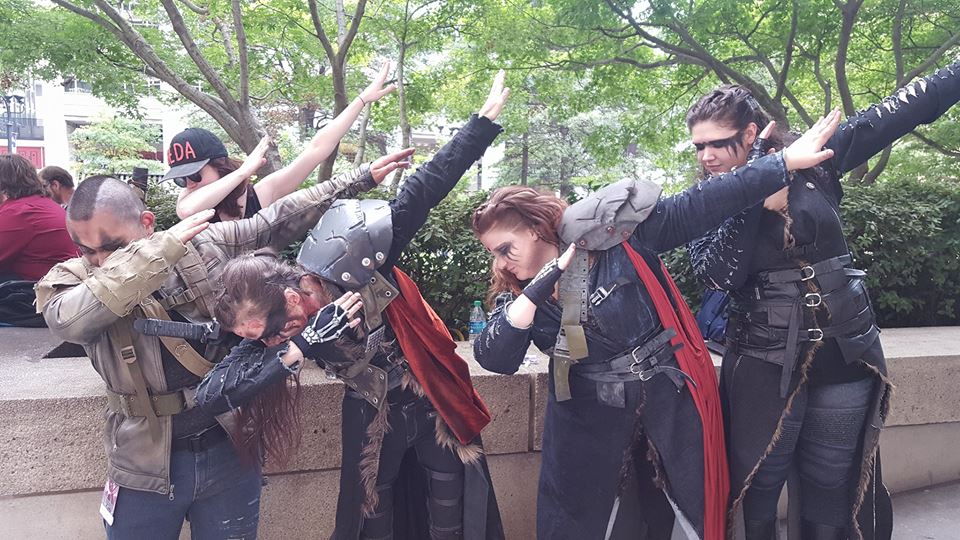