Check Out “Dragonwatch Book 2: Wrath of the Dragon King” Trailer! Will Release This October 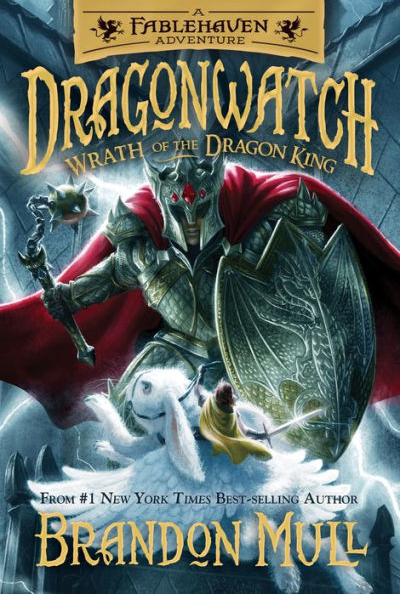 Some of you might already be fans of the Dragonwatch book series by bestselling author Brandon Mull. For those of you that aren’t familiar with it, I recommend you consider reading the first book if you are into fantasy. The sequel, titled Dragonwatch, Book 2: Wrath of the Dragon King, will be released on October 23, 2018, and there is a book trailer you can check out!

From Shadow Mountain Publishing, Dragonwatch, Book 2: Wrath of the Dragon King introduces a powerful new talisman, as draconic dominion threatens to overtake Earth. An excerpt from the upcoming book was shared by EW.

The dragons have declared war on humans. Two of the seven dragon sanctuaries have already fallen. Will Wyrmroost be next?

After a humiliating defeat at the hands of Kendra and Seth, Celebrant, King of Dragons, prepares to unleash his fury and take control of his native preserve. Armed with information from a new ally—Ronodin, the dark unicorn—Celebrant seeks a legendary talisman—the wizenstone.

However, the powerful stone is protected by a cursed castle. Can Kendra and Seth foil Celebrant’s plan and beat him to his prize? Will the two young caretakers rally enough support from the creatures of Wyrmroost against the greatest threat the magical community has faced in ages? One thing is for certain. Dragons are wicked smart. It will take more than Kendra, Seth, and their current allies to outwit and outmatch the wrath of the Dragon King.

As for the trailer, it shows Ronodin, the Dark Unicorn, sharing an invitation for readers to join Kendra and Seth at the Feast of Welcome. Celebrant will be there and he’s sure to have surprises. Check it out!

The first book in the series was released in 2017. Here’s the trailer!

The Dragonwatch series serves as a sequel to the Fabelhaven book series which introduced readers to Seth and Kendra in Brandon Mull’s fictional world.

Are you looking forward to reading Dragonwatch, Book 2: Wrath of the Dragon King? Let us know.