The Riverdale TV show on The CW is a mess. It is enjoyable, but it is still a mess. However, it seems the cast feels differently and will go out of their way to engage in an unnecessary Twitter spat with someone who was just sharing an opinion. Also, Elijah Daniel ended up dragging the cast. So at least the whole thing was fun.

As far as my opinion goes, acting talent (especially from very popular shows) need to give more control over their social media to their PR teams to avoid unnecessary drama. For those who don’t know, Elijah Daniel (my fingers keep trying to write Elijah Wood. It is a struggle), tweeted about Riverdale not being good (which, preach, sis!) and if the fandom realizes it or not.

If you look at the tweet, it is clear Daniel didn’t tag any of the cast members. That is why seeing KJ Apa, who plays Archie on Riverdale (sigh! Veronica deserves better), tweeting back by using such crass language made no sense. Also, Apa, who already has a problematic past needs more PR control. 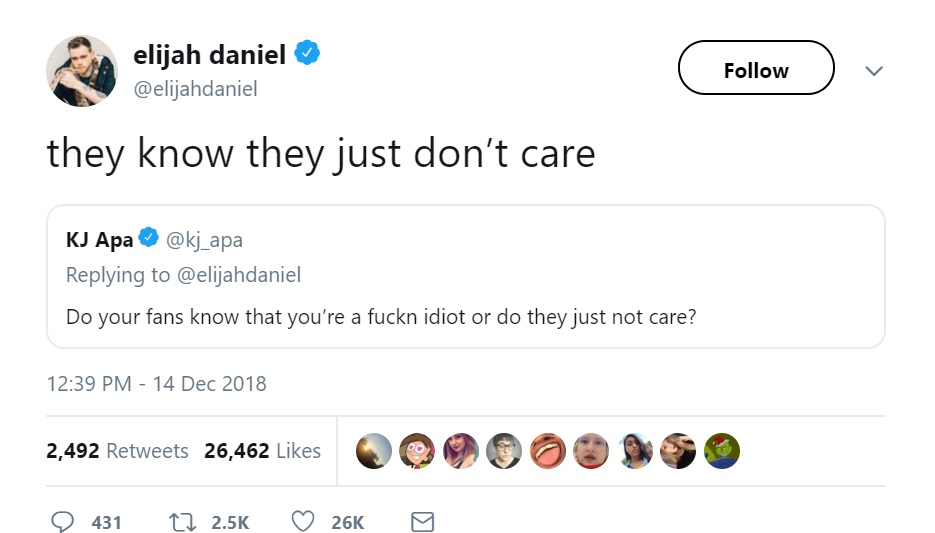 Anyway, if you are familiar with Daniel’s work, you know he is more than capable of handling such a situation. What occurred next was just glorious.

Also, Ashleigh Murray, what you wrote about Daniel says more about you as a person than him. There is a thing called modesty, you know? 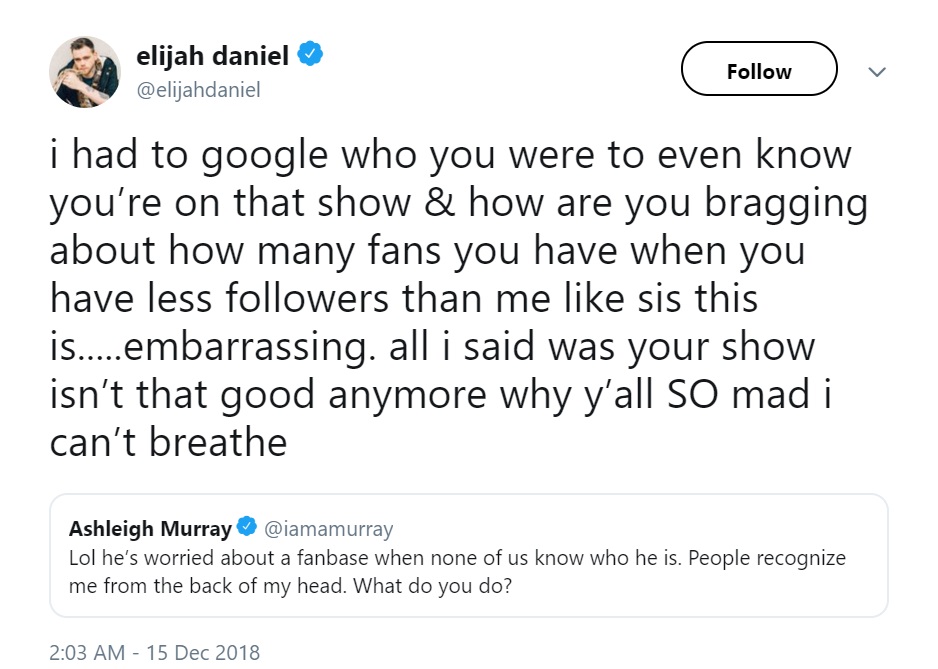 Now, I would have called out Daniel if his tweet was hateful. It wasn’t. But the response from the Riverdale cast, even when Daniel didn’t tag them was definitely hateful. 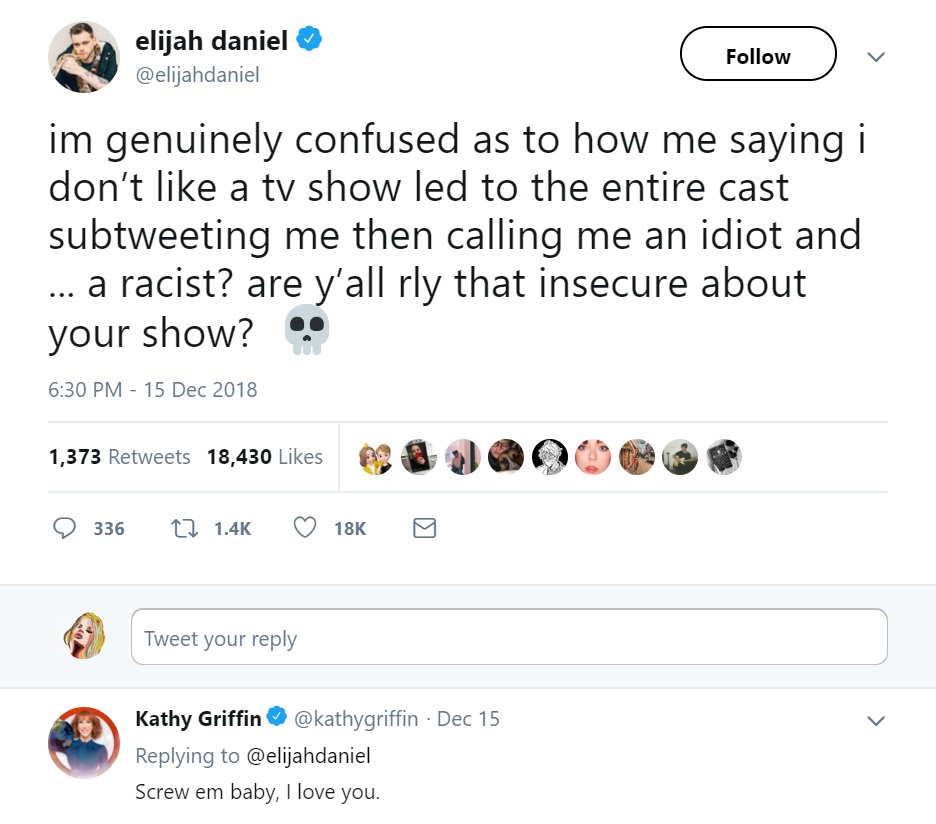 Also, he speaks for all of us! Ha! 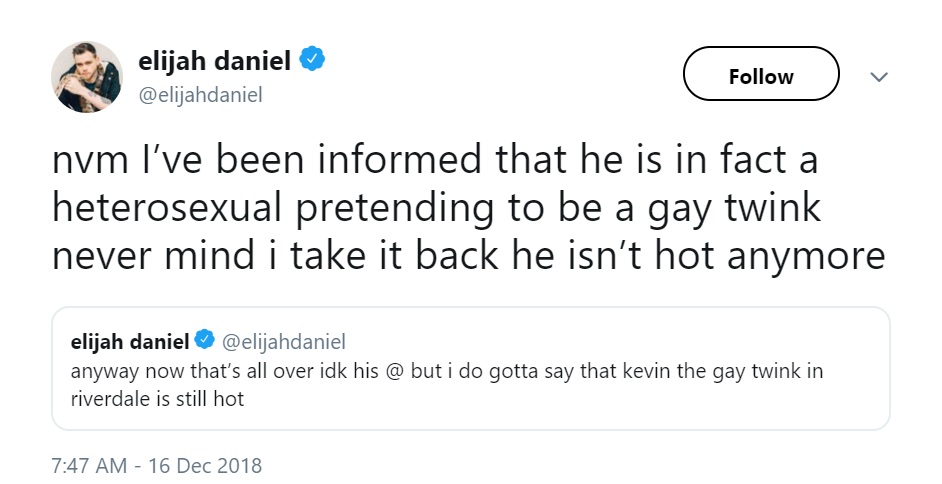 In the end, while Daniel won the battle, certain Riverdale cast members still seem to be hurt over how bad they got dragged. 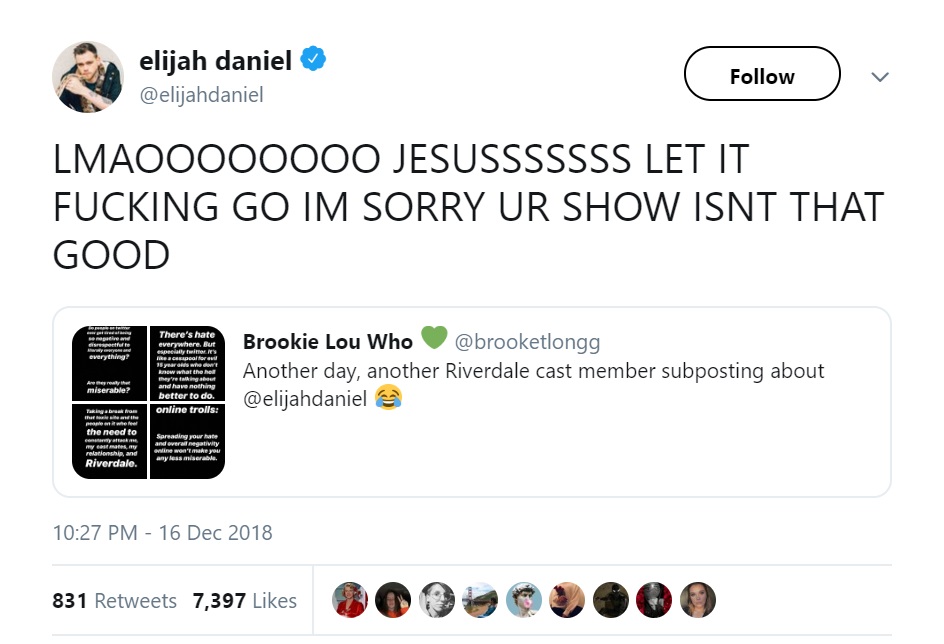 Here’s my unsolicited advice. It will do good for the cast of Riverdale to accept the show isn’t the best thing out there. Most of the fandom is watching for Cheryl and Toni anyway.

Such a realization won’t take away from numerous fans still enjoying it. However, it will help decrease the likelihood of certain cast members getting into such public arguments.

And let’s be real, going after people criticizing the show is a battle they can’t win. Jeff Davis, the showrunner of Teen Wolf, definitely didn’t.

Previous:Freeform Issues Weak Apology After Mocking “Shadowhunters” Fans in Disappointing Move
Next: “Lasso” Is a Fun Time with Killer Cowboys and Lots of Gore – Movie Review