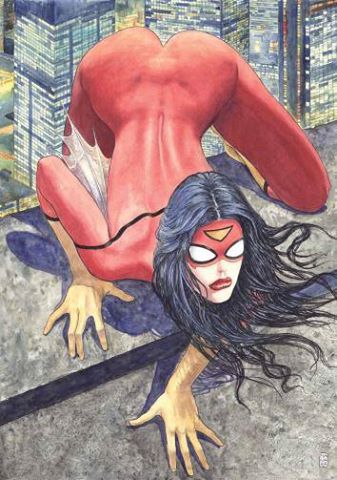 Marvel seems to have offended a lot of people after revealing the variant cover art for Spider-Woman’s debut solo series. Marvel has been on the right track giving solo series to its female superheroes but it’s uncertain what possessed the company to approve such a cover for a title that’s supposed to appeal female readers. Personally I don’t find it that offensive. Let me explain. 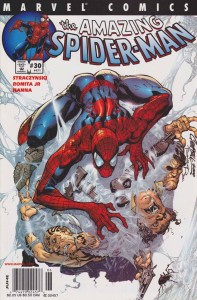 The said cover has been created by Milo Manara and his work does go into the pornographic side of things. So, you can’t really blame the artist for not being true to his style. What does come across as offensive or least ill-thought is Marvel’s decision to hire an artist like Manara. The company must’ve known about the type of cover he would create and they did approve it in the end.

I understand where the backlash is coming from. The pose is quite sexual. If you take away the color, Spider-Woman definitely looks nude. But is the pose not similar to what our friendly neighborhood Spider-Man has been doing for years? And is it really that bad compared to the other poses Spider-Woman has been seen in since her debut?

If you look at her power set, the cover is kind of brilliant. Spider-Woman (Jessica Drew) releases pheromones that produce pleasure and attraction in men, and repels women, something the cover clearly achieved.

Is the variant cover art the right choice for Marvel? I don’t think so. Compared to the cover art for other female solo-series like Storm, it does appear to be selling sex to readers. But looking at the spider-like poses Peter Parker has done, it really isn’t that appalling.

What do you think of the new Spider-Woman cover? Do you find the pose offensive because a woman is doing it? Let us know!