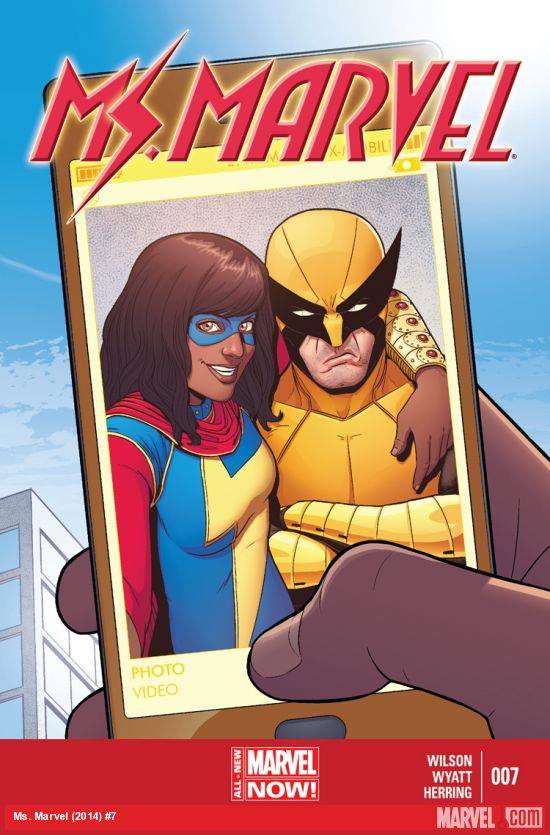 This month’s issue of Ms. Marvel continued Kamala Khan’s first-ever superhero team-up with the iconic Wolverine. The issue had a perfect balance of humor, fight sequences, and a good story. It also marked the start of a new arc for the young superhero.

When news of Kamala first surfaced, there were concerns about whether or not Marvel would be able to respectably handle a Muslim Pakistani-American teenage girl without getting backlash. G. Willow Wilson, however, did a splendid job with the series and made Kamala relatable to all kinds of readers. Recently, Issue #1 got a 6th printing order and has been included in the prestigious list of former Marvel and DC titles worthy of such acclaim.

This month’s issue opened with Kamala and Wolverine fighting The Inventor’s giant Megagator. I liked how Ms. Marvel’s powers are being shown in the series. Even she isn’t sure about what she can do and that’s why there’s some confusing inconsistency about her powers in the panels. During the fight she was able to pull a 50-foot mutated alligator away from Wolverine. So, does she have superhuman strength too?

Jake Wyatt did an impressive job with the art. One of the best panels featured Wolverine and Kamala making their way through the sewers. The spread looked amazing and I found myself searching every room trying to see all the details that the artist included. Wyatt’s Kamala is quite cute to look at. Her facial expressions keep changing in a humorous manner. 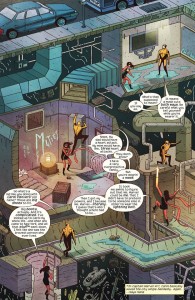 I couldn’t help but notice that the issue’s selfie cover art felt like a jab at the variant covers DC did. Unlike some characters on most of the DC covers, Kamala Khan is actually a superhero who would take a selfie with Wolverine and still remain in character.

I also liked how Wilson was able to handle Wolverine. He didn’t feel out of character throughout the issue. It even made sense that he would start liking someone like Kamala and give her some advice along the way. With Wolverine’s death almost here, I’m interested in seeing Kamala’s reaction regarding his death. He also figured out that she was an Inhuman. I don’t know why he didn’t tell her but at least he told Medusa by the end of the issue.

One of the best things the story did was not take Kamala away from New Jersey to train her. Because of what Wolverine told Medusa, Lockjaw was sent to keep an eye on the new Ms. Marvel. The new series is all about Kamala finding her own way as a superhero, and putting her in a training facility would’ve felt a lot like Wolverine and the X-Men. As far I’m concerned, Kamala should remain in New Jersey and figure out her powers on her own. She can join a team later, but right now I want to see her fight crime solo with a little bit of help from superhero friends now and then.

Ms. Marvel is surely one of the best Marvel comic book series present in the market. It has a likeable female lead, amazing art, a lot of humor, and a story that a lot of us can relate to.

Have you read Ms. Marvel #7 yet? What do you think of Kamala Khan? Let us know!