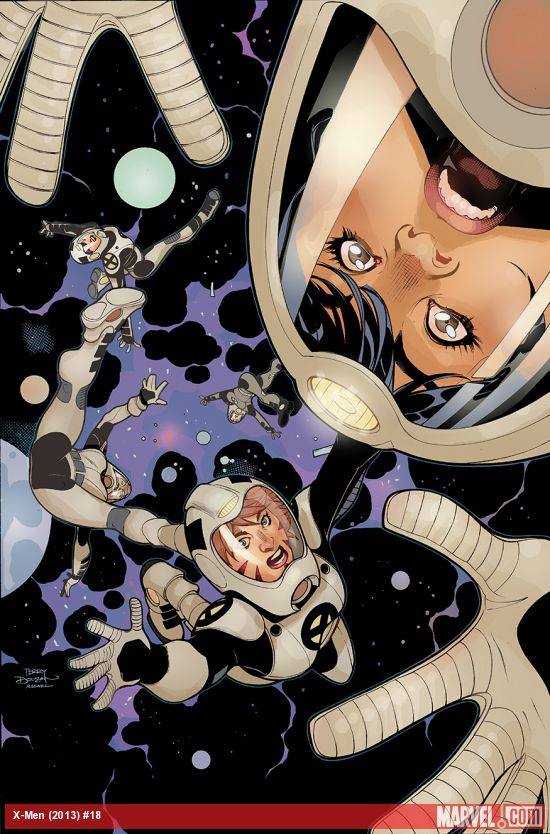 The Marvel NOW! X-Men re-launch showed great promise, being headlined by Brian Woods and featuring an all-female team. The excitement slowly diminished, however, and I have to admit the previous 17 issues have been a mess. With issue #18 the title is moving forward with a new creative team and it seems they might have what it takes to make the title a success.

It’s not as if I didn’t enjoy the previous issues. It had its fun moments and featured a growing romance between Mercury and Bling. I also enjoyed the team featuring Storm, Rachel, Psylocke, Jubilee, and Monet. But monthly issues felt as if they were moving too fast, especially during the recent arcs. The Battle of the Atom cross-over didn’t do it favors, and the team going to save Jubilee from The Future required an extra issue for a satisfactory conclusion.

It seems Marvel will be changing the momentum with a new creative team that includes Marc Guggenheim. He’s also the executive producer of the hit TV show Arrow. Where Woods’ run focused on new threats to the X-Men, Guggenheim went back into the X-Men lore and presented a very interesting premise. 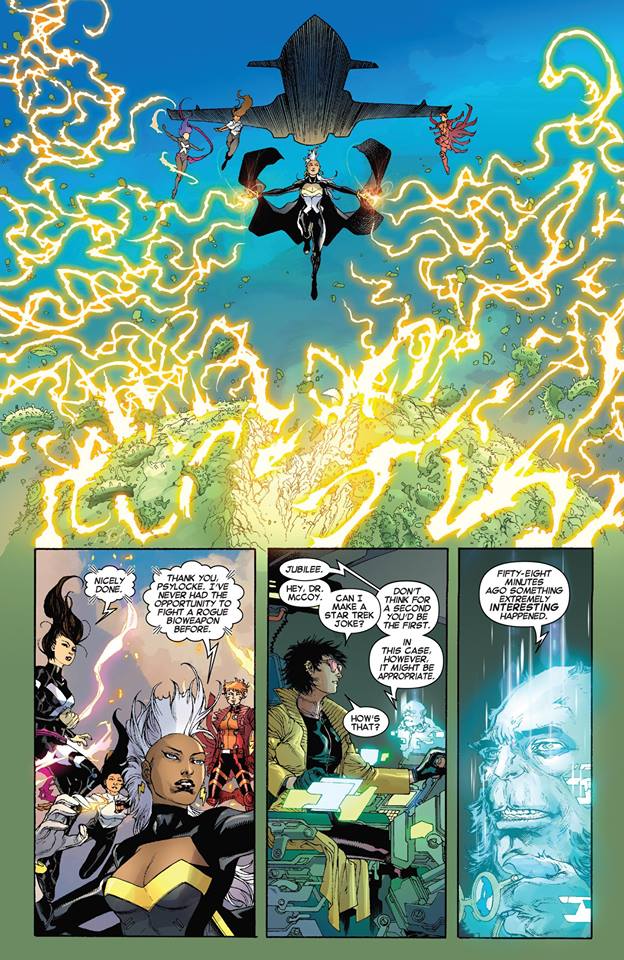 The issue started with a flashback showing how Rachel’s family was terminated by the Shi’Ar because they saw the Grey family as a huge threat. It was immediately followed by the team taking on a mutating virus in the present day. I enjoyed the team dynamics; all of the members worked well together. There wasn’t any mention of the events from the previous issues so I think some time has passed since the ladies went to fight The Future.

It’s obvious that Guggenheim is familiar with the characters, and that’s why the whole issue works quite well. There’s hilarious banter in almost all of the panels and the team has a family dynamic, something that defines the X-Men. Dexter Soy’s artwork is a treat to look at, also. Ed Tadeo’s and Craig Yeung’s inkwork really give life to the panels. I think, however, I saw Jubilee use her mutant powers during one of the fight sequences. I don’t know if it was intentional or a mistake, because she hasn’t been able to use her powers ever since House of M, and turning into a vampire.

A problem I had with the story was making Deathbird pregnant. It could be that she consented to getting pregnant, but I’m tired of the trope. They even used her pregnancy as the shocking reveal that marked the end of the issue. I don’t know what’s up with writers making female characters pregnant whenever aliens are involved.

Guggenheim seems determined to provide readers with an exciting new adventure for the mutant ladies by sending them into space. I think X-Men #18 marks a new direction for the title and I’m interested in seeing if it does better than the previous issues.

Have you read X-Men #18 yet? What do you think of Marc Guggenheim’s take on the female team? Let us know in the comments!