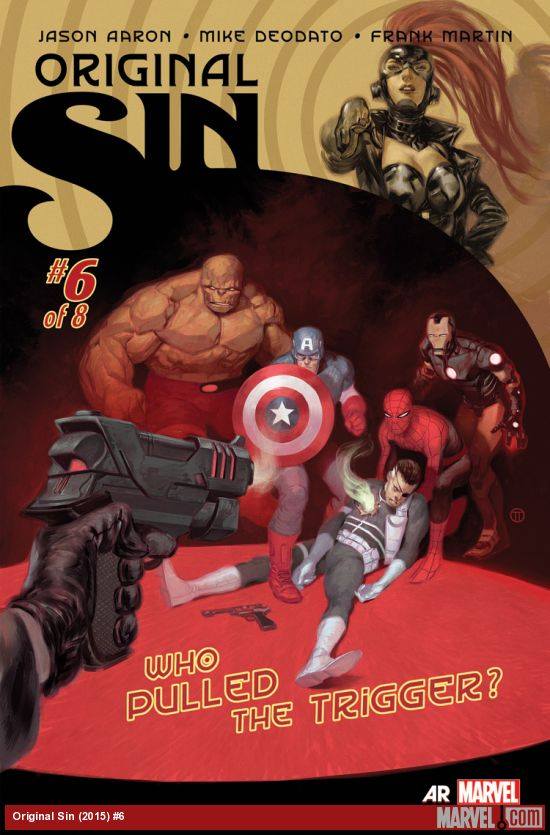 Marvel did another spectacular job with Ms. Marvel, and it seems Original Sin is coming to its conclusion. DC rebooted the Teen Titans, yet again! But somehow the new series missed the bulls-eye. Let’s start!

Marvel’s new ‘murder mystery’ arc did sound interesting to me when it started, but I can’t help feel that things have slowed down. Issue 5 of ‘Original Sin’ was devoted to Nick Fury, and it really didn’t do anything for the plot. The same can be said about this week’s issue. If one was to look at the story’s progression, nothing of much significance happened. This issue felt like ‘filler’ and only started to set things up for the next installment in the last few panels.

The art by Mike Deodato was good, and there were a lot of dark colors used in the panels. The artist did a great job when it came to showing an Old Nick Fury. The way his face was drawn was enough to tell the readers that he has gone through a lot over the years. Jason Aaron has a good story in his hands. However, I feel that the eight-issue event could’ve benefited from cutting an issue or two. I’m looking forward to the concluding issues and hope they provide a satisfying end to the story. All of the pieces are set, and the heroes have arrived for the final battle.

Ms. Marvel has to be one of the most amazing new series by Marvel in a very long time. This month’s issue showed Kamala teaming-up with Wolverine in order to survive a test by The Inventor. The art is done by Jake Wyatt and he brings a ‘cute’ look to Kamala Khan. Read the full review of the awesome issue here. 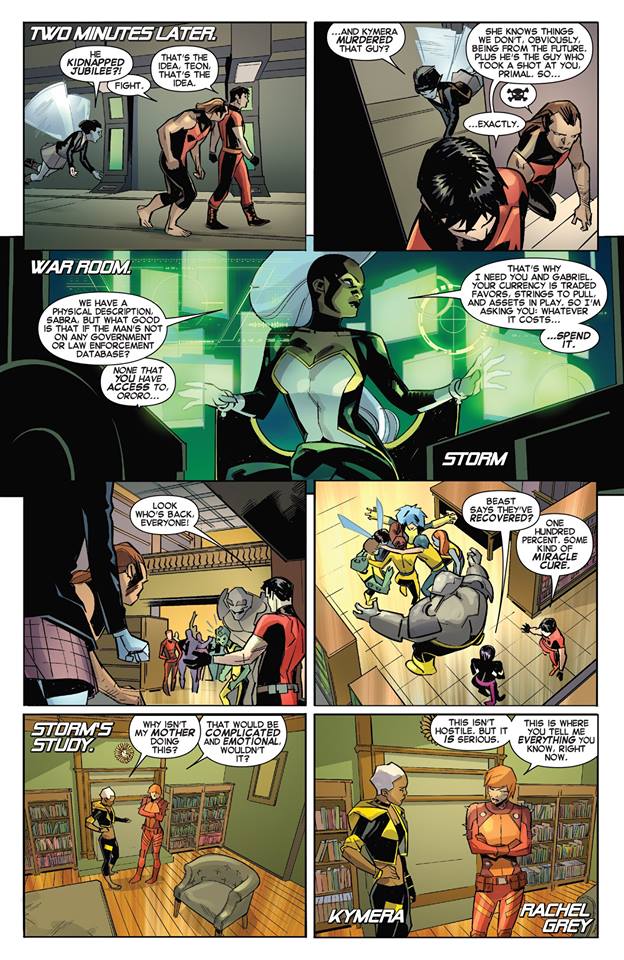 While Cyclops’ X-Men are handling their own share of threats from the future in All New X-Men, Wolverine’s X-Men are  also battling it out with an antagonist from the future as well. The timeline in the Marvel Universe should be a mess right now.

I’m personally enjoying the all-female X-Men team that headlines this series. The story also focuses on young characters that haven’t had the opportunity to shine for a while. Written by Brian Woods, the story did a good job transitioning between Storm’s team and the team of younger mutants led by Psylocke during the battle to save Jubilee from ‘The Future’. The action sequences, as well as the dialogue; enabled a lot of characters to hold the attention of the readers. I’m also enjoying the relationship between Storm and her daughter Kymera, who’s from an alternate timeline. I still don’t know who her father is, but there’s a strong chance it’s the Black Panther. While the team didn’t think of her as a worthy leader, it was good to see Storm being bad-ass and not negotiating with The Future. That’s the Storm I love, a woman who will do anything to protect her family of mutants.

Matteo Bufagni’s art has a unique style. Yes, he draws characters in a very weird manner, but it’s still enjoyable to look at, even though he doesn’t emphasize facial features. Overall, the current X-Men series is a treat for fans of female characters, and those who want to see the gay young X-Men, Anole, beat some bag guys. 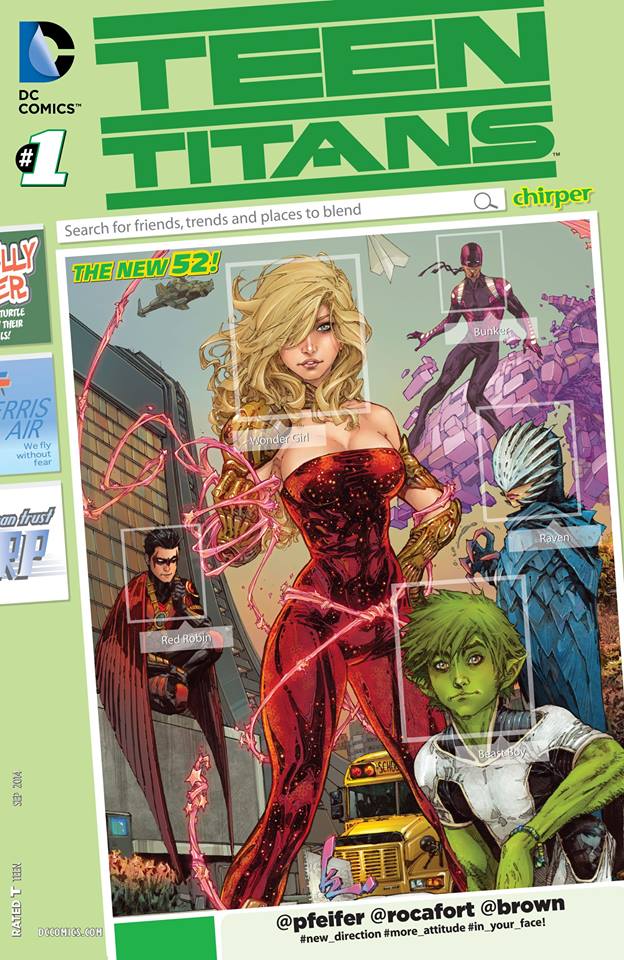 The biggest crime that DC’s The New 52 committed was the utter destruction of one of my favorite young superhero teams, the Teen Titans. I don’t know if it was the story, the art, or the new designs for Raven and Beast Boy, but the 30-issue run was a mess. However, it seems DC is trying to do some damage control, because they re-launched the team this week.

Though the series has a new creative team consisting of Will Pfeifer and Kenneth Rocafort, I’m still not sure if the new run is going to succeed. The issue starts with a bus full of kids being hijacked by a group of terrorists and the Teen Titans arriving to save them. The action was fast-paced, but the dialogue just distracts the reader. I would have preferred if the team and the terrorists talked before or after the high-speed bus chase. The end of the issue had a very strong moment for the teams gay member, Bunker, and I was surprised to see him lash-out on at ‘normal’ human. I don’t know if the man was going to use the ‘F’ word that people use when it comes to gay people, but Bunker using his powers on the man felt out of character for such a happy-go-lucky young teenager.

Rocafort’s art has a lot of bright colors and the panels are fun to look at. The only thing I have a problem with is Wonder Girl’s chest. I mean, each of her breasts is as big as her head. Sexualizing female teenagers isn’t something new in the comic world, but it’s still a problem, and I was hoping DC would’ve learnt from its previous mistakes on the series.

Will the new series interest new readers? Only time will tell. Right now, things don’t look too good for the young team. 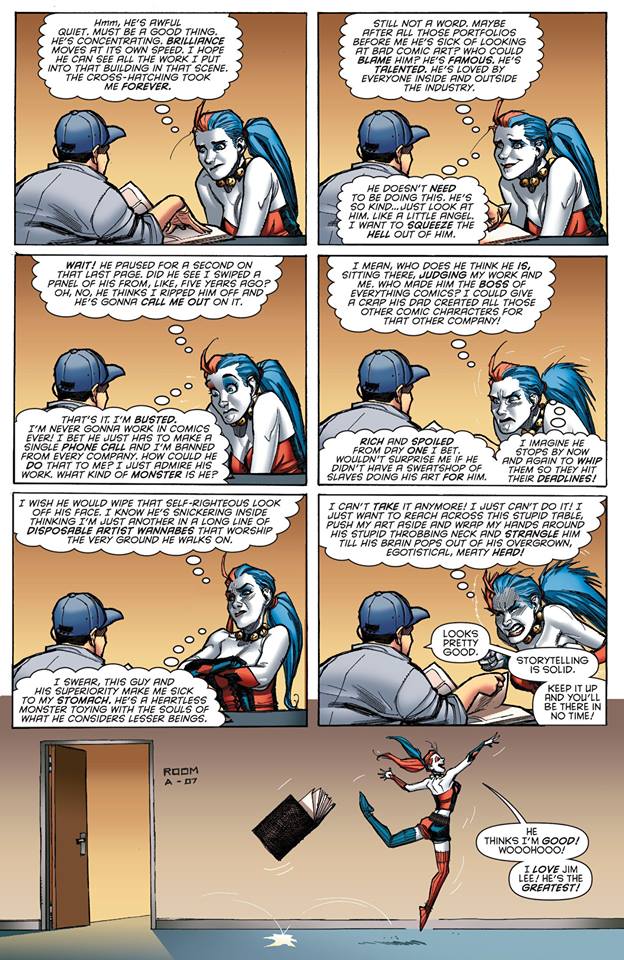 I was looking forward to reading this issue, and it was what I expected. With Harley Quinn as the lead, the story was full of weirdness and wacky sequences. It was very entertaining to see Harley attend SDCC and interacting with actual talent from DC. Even Stephen Amell, the lead of the TV series Arrow, made an appearance. Being a Harley Quinn comic, it would be unfair of the readers to look for a lot of sense or logic in the story. There’s a connection between the stories, but most of the issue is about Harley jumping from one adventure to another, without wasting a lot of time on dialogue or explanations. I really enjoyed the panels where she met girls who were cosplaying her, and their fun night ended up with everyone going to jail. There’s a lot of ‘meta’ in the story, and Jimmy Palmiotti and Amanda Conner poke a lot of fun at the talent working for DC.

The panels showing Harely’s reactions while her work is being critiqued paints a good picture regarding her character, and what to expect from the issue.

Let me know if they are any other comic books you want me to check out? Feel free to leave your thoughts about this week’s comic in the comments below! 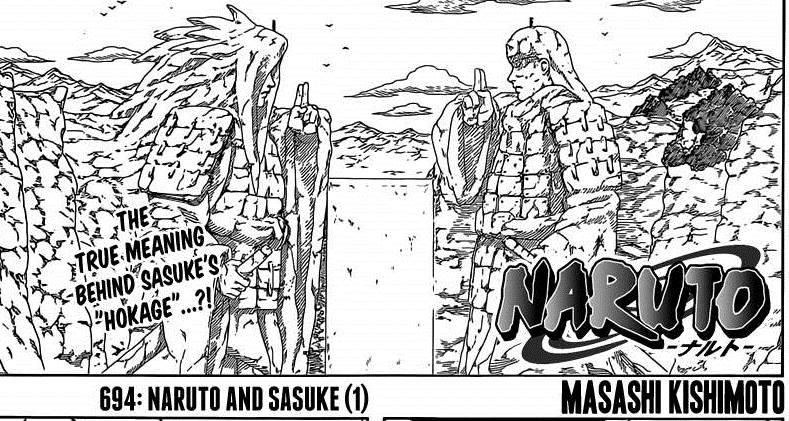 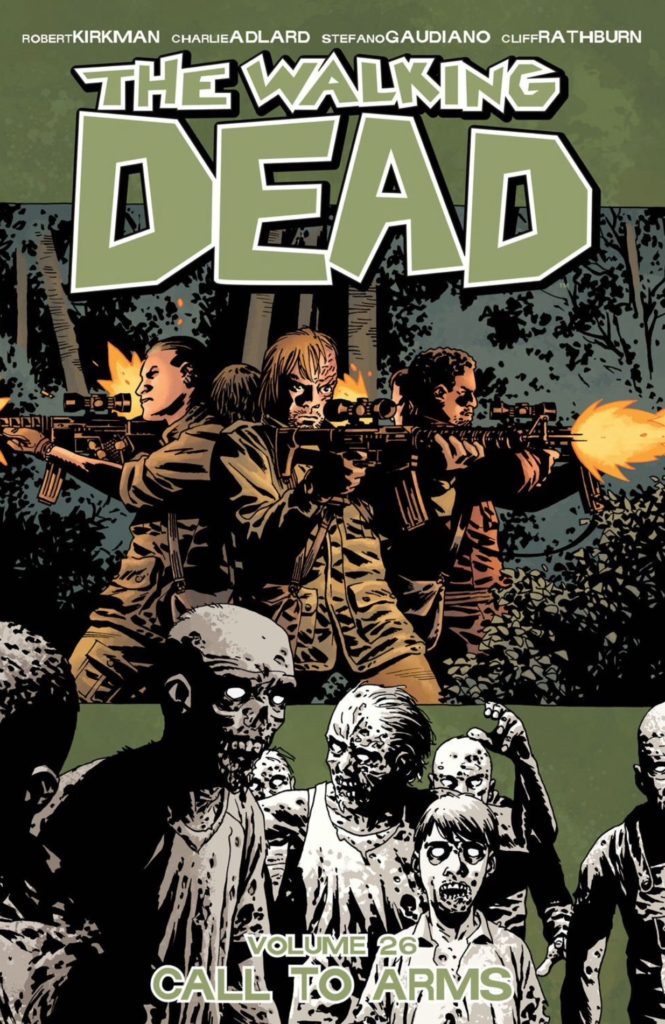 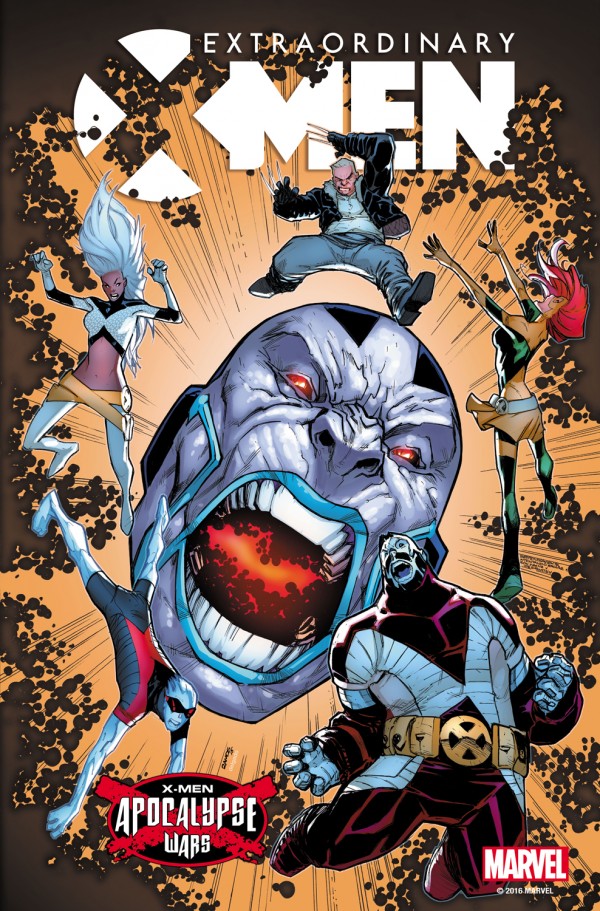