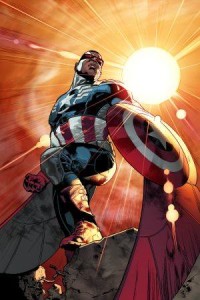 Marvel continues to change things up in the comic book universe with another big announcement. The Falcon will be taking over the title of Captain America.

This new development sounds better than the new female Thor, which Marvel announced earlier this week. To me, the name Captain America is a title, and anyone who is worthy enough can take it. It’s not as if the Falcon swooped in and took the name Steve Rogers.

Captain America made his debut back in March 1941 and since then has become an iconic character in the Marvel Universe. Now that Steve Rogers doesn’t have his super-human strength or youth, the shield will be passed down to the Falcon, Samuel Wilson, who made his debut in 1969. He’s also credited as the first African-American superhero in the mainstream comic books. He has a strong relationship with Steve Rogers, and that’s why I find it befitting that he take up the shield after him.

Seeing Wilson as the new Captain America does sound interesting because his personality is different from Rodgers. According to Tom Brevoort, the series editor, Wilson has a different outlook because he didn’t grow up in the 1930’s like Steve, and has an understanding of the problems faced by people in the 21st Century. The suit also looks interesting. The Falcon is known for his aerial fighting style, and that aspect of him remains attached even though he now bears the shield. Wilson doesn’t have superhuman strength but having the ability to fly is a pretty big advantage. Tom also went on to say that villains might think that the new Captain America isn’t much of a threat to their plans, and Wilson will have to teach them a lesson.

Fans have been expecting this change after the release of Avengers #35 cover. The character holding the shield does look similar to Wilson, and an aged Steve Rogers can be seen standing next to him. Thor is also shown wielding an axe after his hammer gets passed on to the new female Thor. 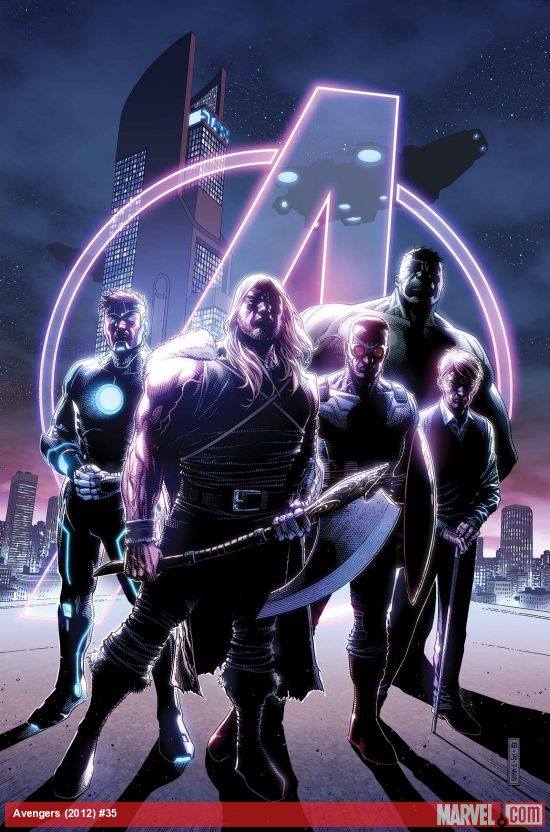 Wilson won’t be the first black character to hold the shield – Isaiah Bradley took on the title of “Black Captain America” even before Steve Rogers became The Famous Steve Rogers.

It’s good to see that Marvel is diversifying its cast of comic book characters, and giving them their own solo series. We will get to see the Falcon in his new role when Captain America #25 hits the shelves this October.

What are your thoughts about this new development? Who will take on the title of the Falcon? Do you think the change is because of Falcon’s fan following and introduction in Marvel Cinematic Universe? Feel free to share your thoughts!