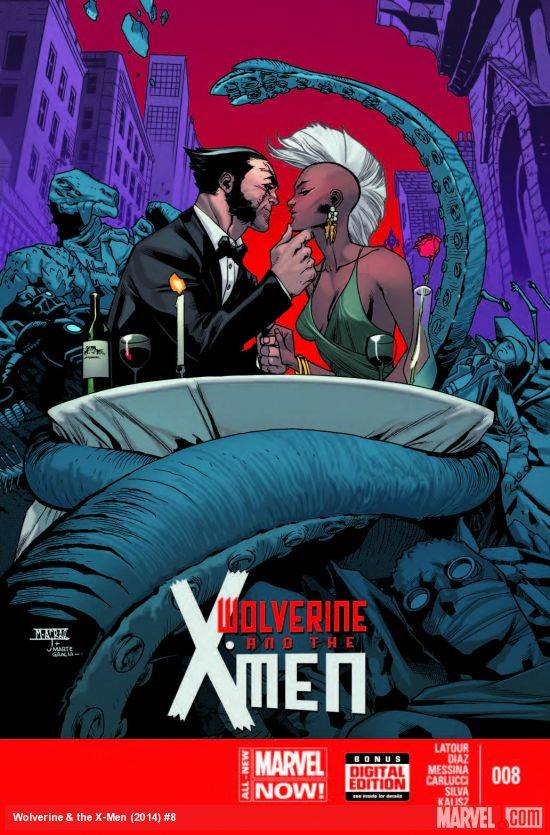 With the Death of Wolverine hitting us this September, I was waiting for Marvel to do something heartfelt relating to Logan and Storm. This month’s issue of Wolverine & the X-Men did just that. It gave Ororo and Logan fans an amazing issue that showed them spending time together as a couple.

Ever since I was introduced to the X-Men, I’ve always been a huge fan of Storm and Wolverine as a romantic couple. The two characters have gone through a lot over the decades but their love lives have always kept them apart. I accepted Storm’s marriage with the Black Panther but Storm and Wolverine have always been my OTP (one true pairing). Then their divorce happened and immediately Logan and Ororo grew closer in the pages of Wolverine & the X-Men.

At first I thought Storm was hooking up with him to work through her emotions after her divorce but the romance continued. This month, Wolverine and Storm finally had the talk and he came clean about his true feelings for her. Those of you who are familiar with Logan would agree that being open about his feelings isn’t his strongest suit.

I liked how the issue showed the two on a date in a science facility known as The World, made by the same people who experimented on Wolverine. It was the size of a snow globe and had a whole other world inside of it. Not only that, it allowed Logan to manipulate time. That’s why he invited Ororo there. A year inside The World meant that just a few minutes passed in the real world.

Yes, fellow shippers! Storm and Wolverine lived together inside The World for a year and it was amazing to see. Jason Latour did an impressive job with the story. It felt like a ‘stand-alone’ issue that just focused on two iconic X-Men. 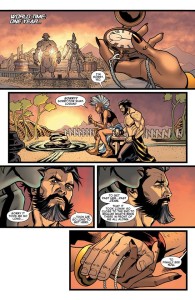 Wolverine and Storm worked perfectly as a team together. Those two are enough to take out almost every villain in the Marvel Universe. The story also focused on the character’s personal turmoil as well. Wolverine knew he could die because of losing his healing factor, and Storm was trying to leave her life as a Goddess and a Queen behind. Even in The World, the residents started to worship her. I am interested in seeing her solo-series talk about how she will cope with pride as people keep treating her as a Goddess.

The panel where Wolverine talked about his love for Storm was the best part of the issue for me. He revealed that it was hard for him to move on from Jean and to finally see Storm, his friend, who had been standing by his side all along.

I greatly enjoyed this month’s issue but I am concerned about the heartbreak that will come in the coming months. Wolverine’s death will surely impact the Marvel Universe very hard and there’s one thing I’m not prepared for: a heartbroken Storm.

What did you think of Wolverine & the X-Men #8? Do you think Storm doesn’t love Wolverine as much as he loves her? Let us know in the comments!