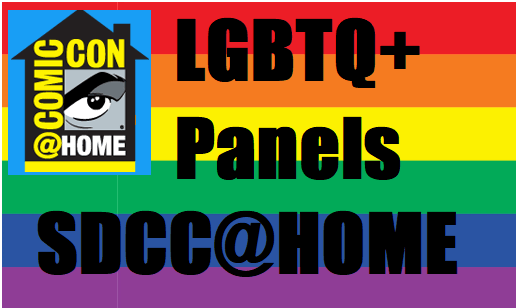 SDCC @ Home has now released their full schedule, which means we can revisit our LGBTQ+ panel highlights for the final two days!

After a long wait, a lot of Earping, and a ton of Times Square billboards, Wynonna Earp is finally returning to SYFY. Join showrunner Emily Andras alongside cast members Melanie Scrofano, Tim Rozon, Dominique Provost-Chalkley, Katherine Barrell, and Varun Saranga as they talk about the highly anticipated 4th season, show off their best impressions, challenge each other with a round of trivia, and share a sneak peek of the season 4 premiere episode! Fan-at-home with our exclusive Wynonna Earp bingo cards and play along throughout the panel.

SYFY’s Wynonna Earp Season 4 premiere is Sunday, July 26th at 10/9c. Be sure to check out new episodes every Sunday at 10/9c on SYFY. For more on Wynonna Earp: https://www.syfy.com/wynonna-earp/videos/official-season-4-trailer

Yep, you can see why I made an exception for this one.  We kind of love Wynonna Earp here at The Geekiary.  It’s become a big hit among queer women largely because of the arc involving the title character’s sister discovering her bisexuality and finding love.  The relationship is a popular element of the show and it’s become iconic to the LGBTQ+ community.  If you’ve never watched the show, we highly recommend it!

The past year has witnessed the birth of transformational change in the social fabric. The Killing of George Floyd, Breonna Taylor, and Ahmaud Arbery (to name a few) has triggered a response to the structural racism that has caused the nation and the world to take stock of its institutions. The growth of more diverse faces on the pages of popular comic books and in feature films has proven to be essential to reflect the world in which we all live. And, despite the onset of an unprecedented pandemic, the inclusion of people of color, women, and persons with disabilities and the LGBTQ community not only better reflects today’s culture, it has also proven good for the bottom line. We will bring an award-winning panel together to challenge ongoing issues and push the conversation forward. Panelists include John Jennings (MFA: Professor of Media and Cultural Studies, UC Riverside, 2-time Eisner Award winner (2016, 2018), Frederick Aldama (PhD: The University Distinguished Professor, Arts and Humanities Distinguished Professor of English and University Distinguished scholar, The Ohio State University, 2019 Eisner Award winner), Christina Steenz Stewart (syndicated cartoonist, Heart of the City; 2019 Dwayne McDuffie Award Winner), Chelsea ‘Ché’ Grayson (MFA: Executive Director, Northern California Dr. Martin Luther King, Jr. Community Foundation), David Walker (comic book writer, Bitter Root, Image) (Legendary Films): 2020 Eisner Award nomination, Naomi (DC): 2020 Eisner Award nomination), and Stanford Carpenter (PhD: Comics and Pop Culture anthropologist and Chair, Black & Brown Comix Arts Festival) .

This one leans academic and has a broader spectrum than just LGBTQ+ content, but a wider focus on diversity is absolutely welcome!  While I’m not too familiar with any of the panelists personally, their short resumes highlighted in the panel descriptions are fairly impressive already and I don’t doubt you’ll leave the panel better educated on the topic than when you went in.

The comic world’s longest-running panel is 33 this year and enters the virtual age with Comic-Con@Home! As the comic book world has become a celebrated part of the pop culture world, “Out In Comics” is more relevant than ever before. With LGBTQ or LGBTQ-friendly creators as writers, artists, directors, producers, actors, entertainers, and journalists, what do their characters and creations mean for diverse representation, characters, and storylines in comics, film, and television? In our politicized and sometimes polarized world, what kind of heroes do we need, both behind-the-scenes, and on the page and screen? At a time when politics, viruses, racism, homophobia, and transphobia–sometimes interchangeable–intrude on every aspect of our lives, join Prism Comics and our diverse all-star panel to celebrate and spotlight creators, comics, and fans as they discuss the past, present, and future of Out In Comics! Founding moderator and bestselling author Andy Mangels (Wonder Woman ‘77 Meets The Bionic Woman, Star Trek and Star Wars books and comics) again chairs the panel and welcomes special guests, including Christian Cooper (famous bird-watcher and Karen-fighter, co-creator, and writer of the Marvel series Darkhold and Star Trek: Starfleet Academy, editor of the Marvel Swimsuit Specials, and creator of the Independent Queer Nation online gay comic), Hazel Newlevant (cartoonist of the graphic novellas If This Be Sin and Sugar Town, and their recent graphic memoir No Ivy League. They have edited and published the anthologies Chainmail Bikini: The Anthology of Women Gamers and Comics For Choice, and co-edited the Eisner-winning anthology Puerto Rico Strong. They are the recipient of Ignatz, Xeric, and Prism Grant awards.), Noelle Stevenson (executive producer and showrunner for DreamWorks She-Ra and the Princesses of Power, author of The Fire Never Goes Out: A Memoir in Pictures, Eisner and GLAAD Media Award-winning and New York Times bestselling writer of Nimona and Lumberjanes), Tim Sheridan (writer for WB Animation and Netflix, with credits on DC Super Hero Girls, Justice League Action, Scooby-Doo!, Teen Titans Go!, Reign Of the Superman, The Death and Return of Superman, and the upcoming Superman: Man of Tomorrow and Netflix’s Masters of the Universe: Revelation).

Comics and animation are universal mediums that have recently made huge leaps in presenting LGBTQ-inclusive stories and characters for young audiences. These groundbreaking successes have made unique creative opportunities for LGBTQ storytellers. A mix of animation and publishing storytellers discuss their projects and answer the questions: How do they approach LGBTQ content and characters for tweens & teens? What are the new and upcoming projects to watch for? And how do new LGBTQ creators find their voice and get their start? Join Prism Comics, moderator Cort Lane (Marvel Rising, Ultimate Spider-Man) and talented panelists Gina Gagliano (publishing director, Random House Graphic), Trung Le Nguyen aka Trungles (The Magic Fish, Twisted Romance), Alex Sanchez (You Brought Me The Ocean), Noelle Stevenson (Netflix’s She-Ra and the Princesses of Power), Mariko Tamaki (Laura Dean Keeps Breaking Up With Me, Harley Quinn: Breaking Glass), Brittney Williams (Goldie Vance, DC Super Hero Girls), and Michael Vogel (My Little Pony: Friendship is Magic, Young Justice) as they look at the world of LGBTQ storytelling for the young fans of today and creators of tomorrow.

Sunday has traditionally been known as a kid focused panel day, so this one makes sense.  There’s a lot of great names here, but of particular interest to us here is Noelle Stevenson of She-Ra and the Princesses of Power.  We write a lot about that one here.  It’s excellent representation and I’m happy to see it on a panel with this type of focus.

Just like last time, feel free to give a shout out to anything we missed in the comments!  With the exception of Wynonna Earp, we didn’t list individual properties or creators on these lists, so feel free to give love to your favorites that we didn’t include!  And if you plan on watching any of the above panels, we’d love to hear your thoughts. 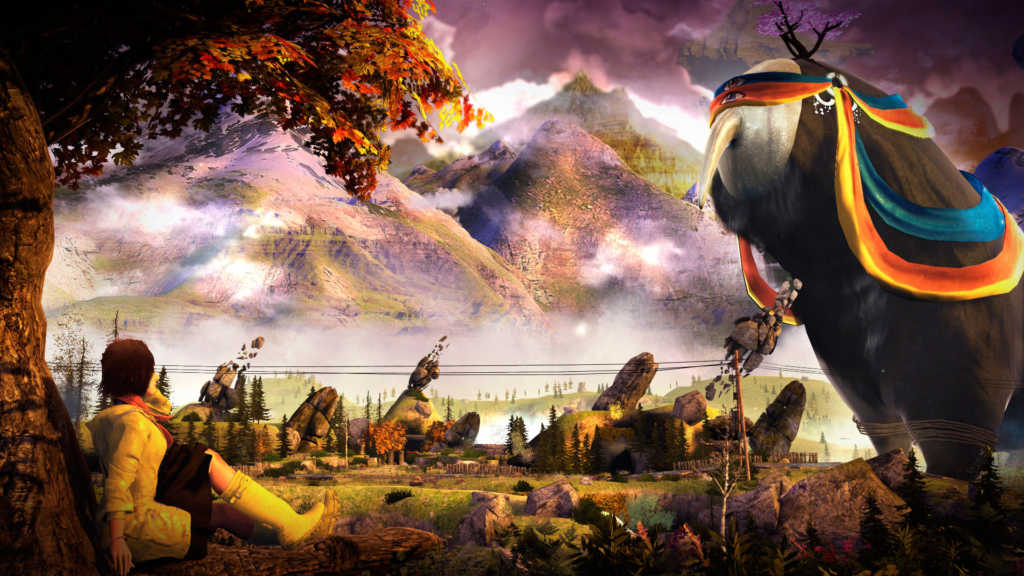 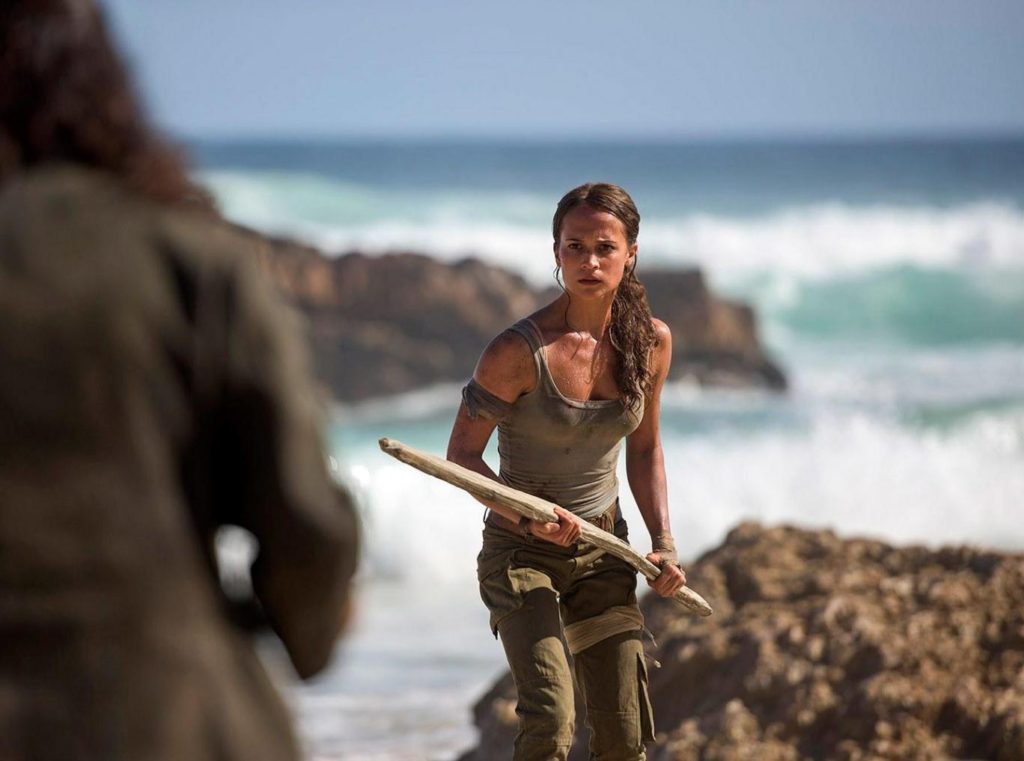 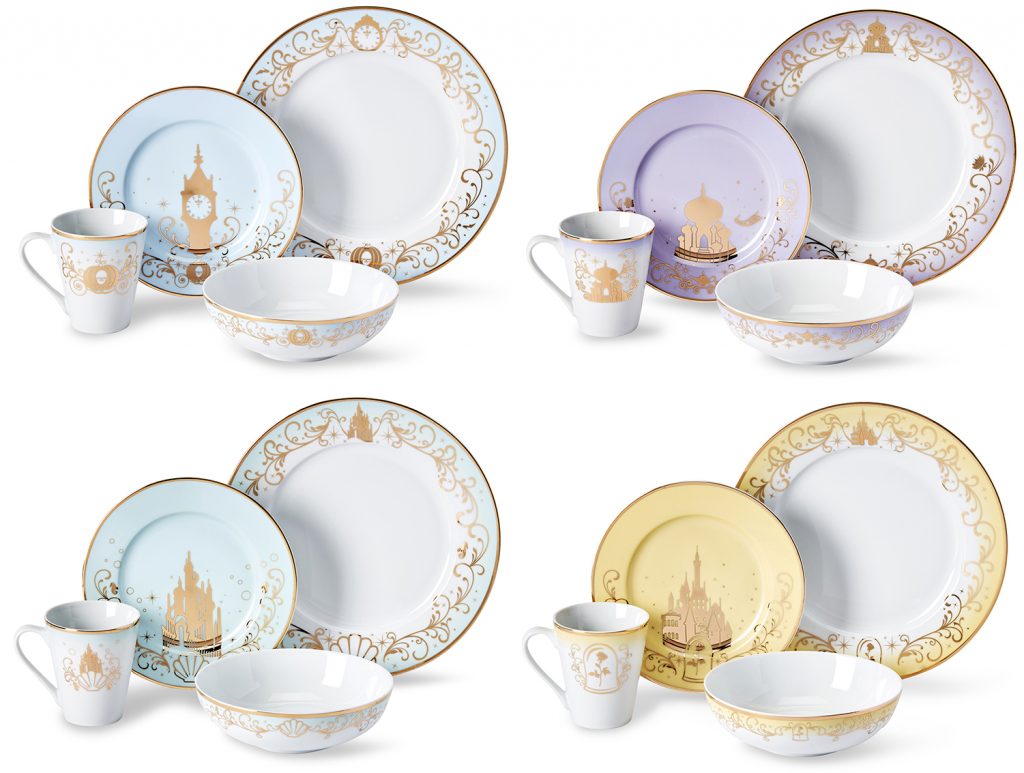