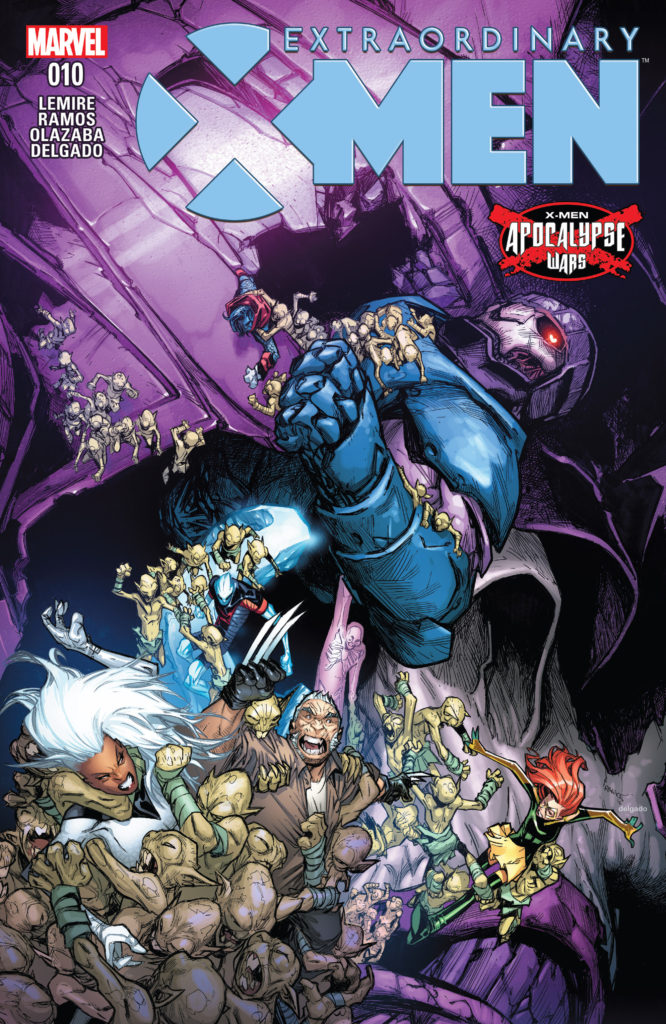 Extraordinary X-Men #10 continued the Apocalypse Wars, and with how things went this month, I really hope the current arc ends soon.

Apocalypse Wars had a promising premise. The young X-Men were sent to a future where mutants were no more and the whole world was ruled by Apocalypse. However, now that we’re a few issues in, the story isn’t providing readers with much to enjoy. Jeff Lemire does a great job when it comes to character interactions in Extraordinary X-Men, but his skills seem to lack with regards to the overall plot. A lot of the things that occurred in this issue felt predictable.

With Colossus having become one of Apocalypse’s horsemen, seeing Storm trying to make him change sides felt stupid to me. Storm has faced the horsemen many times and she should know by now that talking to them doesn’t work. She should’ve properly led her team during the battle instead of holding back and letting the villains capture the arc containing the mutant embryos.

The only Storm scene I enjoyed in Extraordinary X-Men #10 was when she kind of broke down and accepted defeat. She has been working hard in order to put up a brave face for mutants around the world. She has been doing everything possible to protect them. However, seeing a future where no mutants exist was too much for her. I liked how she realized that even if they do defeat Apocalypse, another threat would come after them. The mutants in the Marvel Comic Book Universe have never had it easy and Storm knows it. 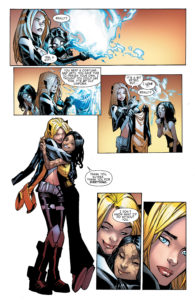 In the end, Iceman provided support to Storm and told her that it’s never too late to start over. He mentioned his sexuality and how embracing it had made him feel like a proper version of himself. Forge and Magik also shared a scene where she tried to make him realize that Storm was over him. Like I said, Jeff Lemire writes enjoyable character moments, but he lacks when it comes to making the current arc feel the same way.

Ramos continues to work in the art department for the series, and even though I’m okay with his style, I would like to see him put in more of an effort when it comes to drawing characters. In a lot of his panels, especially the ones where he shows characters from afar, he doesn’t focus on their facial expressions. Two little dots for the eyes and a small horizontal line for the lips do not make for a face!

I really hope that the X-Men conclude Apocalypse Wars soon and we get to focus on Magik. She has been training the young mutant named Sapna, and it has been hinted numerous times that the young girl possesses possibly dangerous powers. That’s a story I want to know more about.

What did you think of Extraordinary X-Men #10? Are you enjoying the current arc? Let us know.

Previous:The Fan Campaign to Renew Stitchers (and Why You Should Watch This Show)
Next: Mattel’s SDCC Exclusives Are Wonder-ful