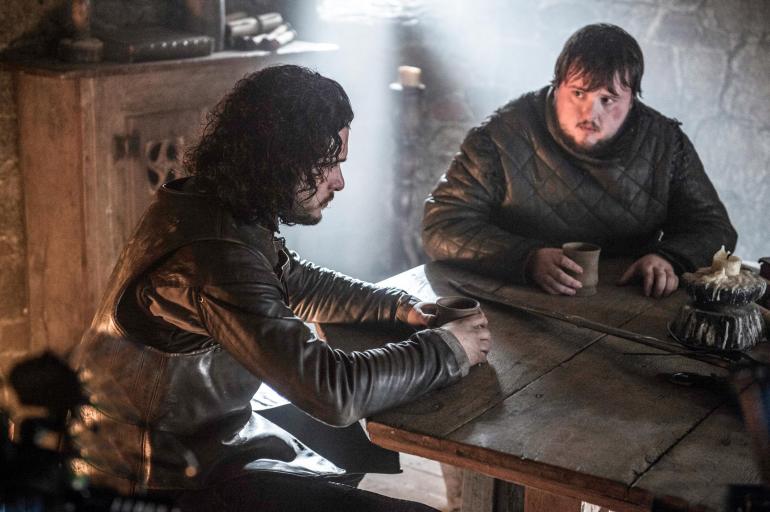 That’s that, folks…another season of Game of Thrones wrapped up, and at this point even us book readers don’t really know what happens next. (Or what’s going on, half the time.)

“Mother’s Mercy” didn’t waste any time bringing us up to speed with Stannis – rightfully so, half his army and his wife didn’t take too kindly to what happened with Shireen. I’m not sure whether to be appalled or pleased that even after losing Selyse and all those men, even after Melisandre apparently abandoned him, he kept pushing toward Winterfell. Of course it was obvious that he wasn’t going to win that battle, but it was hard to not think that Stannis defeating Ramsay would at least be the lesser of two evils. 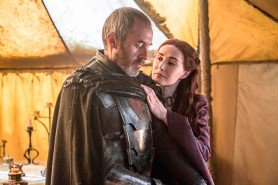 I was surprised that they showed next to nothing of the battle itself, though I suppose I shouldn’t have been; something like that is more episode nine fodder. Stannis obviously didn’t have a fighting chance against the Boltons, though he fell into Brienne’s hands easily enough. (Too easily, honestly – how did she find him so fast in the aftermath of the battle?)

But did she actually kill him? It would certainly make sense in the grand scheme of things – what use is Stannis now, without an army or even Melisandre behind him? But considering how the show didn’t shy away from onscreen deaths in this episode, it was an interesting choice (to say the least) that they cut away from Brienne delivering the supposed death blow.

And of course Brienne rushing off to kill Stannis made her miss Sansa lighting the candle. I can’t view this as anything but silly and predictable…did anyone out there not know where they were going with this when Pod caught sight of Stannis’s army just as Sansa was sneaking around Winterfell with a candle in her hand?

Really the only slightly redeeming thing about that whole situation was that Sansa “escaped” Winterfell anyway. Theon saved her from Myranda (ugh) and yes, last we saw Sansa and Theon were jumping from a mighty high wall, but there was snow at the bottom! And Brienne and Podrick are obviously nearby! (I just don’t know if I can bear having my few remaining Sansa hopes dashed next season…I guess all I can do is keep my fingers crossed about this whole situation.)

Returning to that aforementioned onscreen death count, Arya taking out Ser Meryn Trant was, well, disgusting – even for Game of Thrones. I mean, good riddance and all, but wow did that show just how far gone Arya is. I actually expected Jaqen to tell her that she had to leave the House of Black and White, so imagine my surprise when she merely went blind. A bit backwards as compared to her book story line, but at this point it’s hard to argue whenever the show isn’t spoiling the books.

Meryn Trant’s death wasn’t at all shocking, but I have to admit I was a bit surprised about Myrcella. Ellaria’s kiss was definitely one of many heavy-handed occurrences in this episode, but I was too shocked at Myrcella’s ridiculous (to the point of being downright cheesy) conversation with Jaime to really think much of it until she collapsed. Oh, Ellaria…it’s only a matter of time before they figure out what happened, so I can’t imagine this ending well for many people. 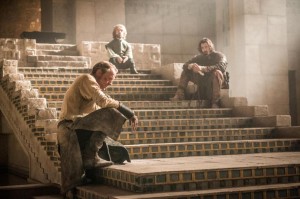 Speaking of not ending well, the situation in Meereen isn’t exactly promising. Daario and Jorah riding off to find Dany is one thing, but leaving Tyrion in charge – with the help of Grey Worm and Missendei – was more amusing than it should have been. Considering that Dany is out in the middle of nowhere surrounded by a Dothraki horde, we could be settling in to watch Tyrion “rule” Meereen for a while…so it’s probably a good thing that Varys showed up just in time to help out as well.

The last third of “Mother’s Mercy” was even more intense than the rest of an already intense episode. Something was bound to change with Cersei, and change it did – she confessed at least one of her sins and had to do her walk of atonement. The walk itself was introduced a bit awkwardly, but other than that it was a pretty faithful adaptation of what happened to her in the books. Lena Headey did an amazing job with the scene, and my only complaint was that it was even more uncomfortable to watch than to read (and that was already pretty rough).

I have to admit, though, that it all seemed a bit better when Ser Robert Strong scooped Cersei up into his arms. The look on her face when Qyburn explained that this new member of the Kingsguard was there to take care of those who’d done the king wrong was priceless, to say the least.

But all of that pales in comparison to everything going on at the Wall. Sam’s idea to take Gilly and the baby to Old Town so that he could become a maester was an interesting twist on his book story line, but it got him out of the way just in time for Melisandre to arrive back just in time for the men of the Watch to [apparently] stab Jon to death.

That whole situation felt a bit rushed, if only because it seems like just yesterday that Jon was elected Lord Commander. I’m still surprised that the writers packed all of this into one season, though at this point I’m also glad that they didn’t drag it out too much – this season had quite a bit of filler/down time, and certainly didn’t need any more.

Overall I’m mostly just relieved that this season is over. It’s been an emotional rollercoaster with some very low lows and not very many highs at all, and the fact that this episode – which was messy at best – was one of the better ones this season isn’t exactly a high compliment. 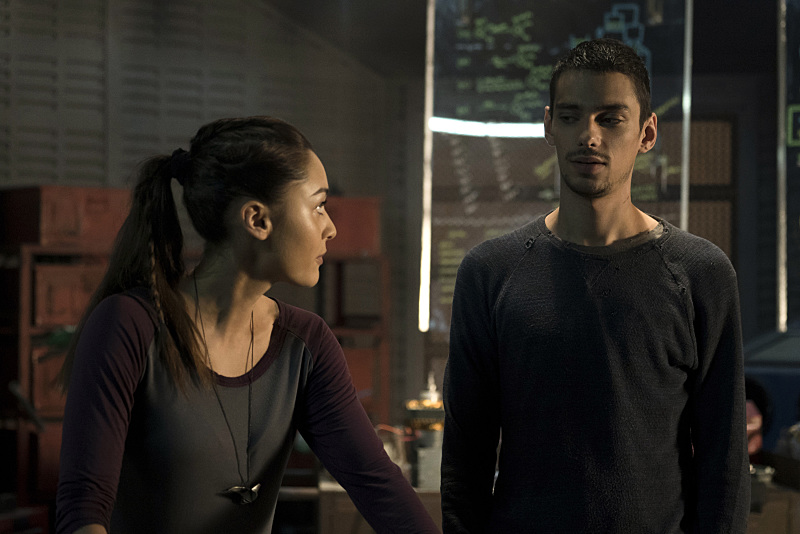 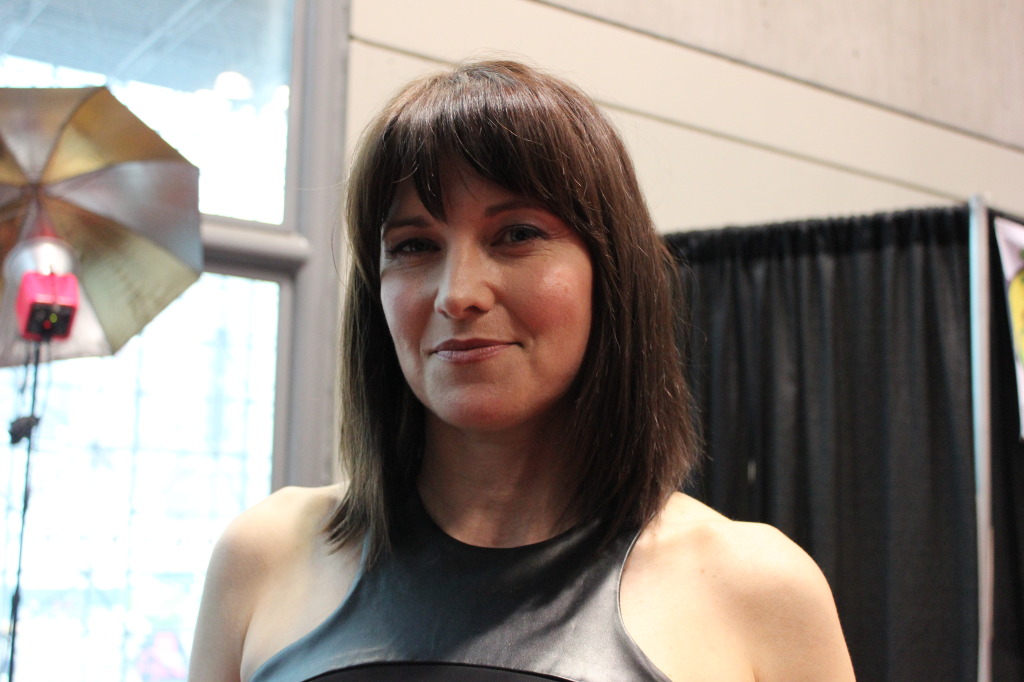