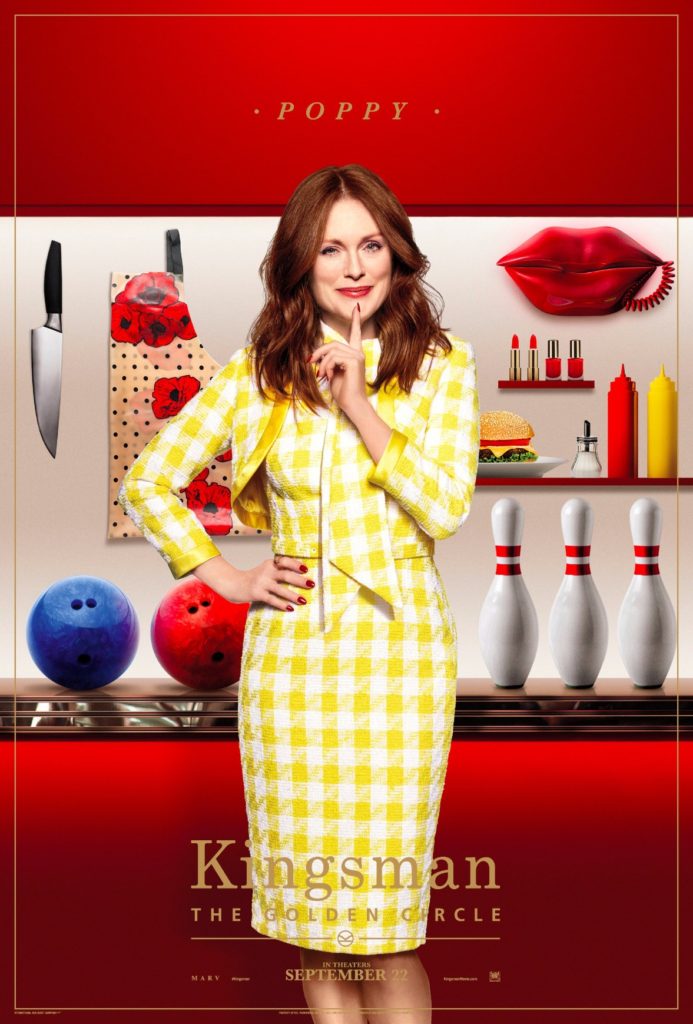 I’m looking forward to the upcoming spy action-comedy film because I enjoyed the first film in the franchise and the fact that Halle Berry is part of the sequel. The Kingsman: The Golden Circle character posters shines a light on the characters and the tools they prefer.

Julianne Moore who plays Poppy, the main villain, gets a poster too. While I’m a fan of Halle, I’m looking forward to seeing how Julianne Moore portrays Poppy because with this series you can be sure the villains will be over-the-top.

Check out the nine character posters!

I like how we get to see the tools and weapons favored by each character. Eggsy’s poster also shows his origins with his hoodie and sneakers on display. I’m also glad that Sophie Cookson got a poster too. Though we haven’t seen her much in the trailers I hope she does play a significant part in The Golden Circle.

Ginger Ale looks like a scientist and Halle’s quite happy about it.

Feel free to enjoy the three new TV spots that were recently released.

Kingsman: The Golden Circle will be released on September 22, 2017, in the US.

Have you watched the first film in the series? What do you think of Kingsman: The Golden Circle character posters? Let us know.

Previous:Pokémon GO Inspired The Walking Dead AR Game Announced by AMC for Some Reason
Next: All-Female Lord of the Flies? Someone Failed English Lit