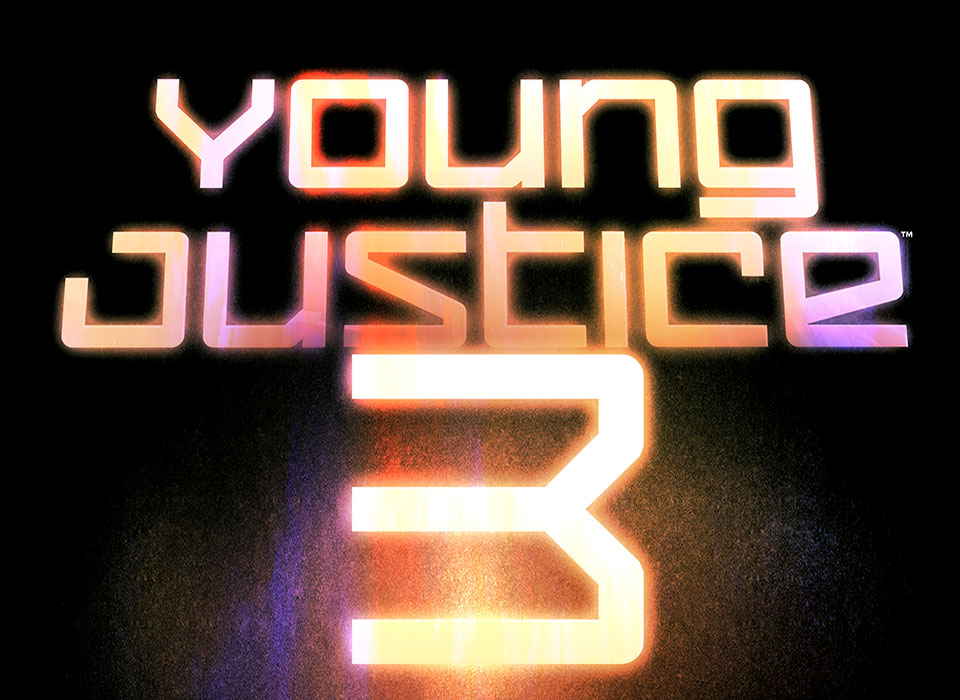 It’s official: after more than three years of begging by fans, Warner Bros. Animation has announced that a third Season of Young Justice is currently in production.

You heard that right. This season isn’t just planned but actually in production right now. Better yet, creators Brandon Vietti and Greg Weisman have returned to head the series once more.

The President of Warner Bros. Animation, Sam Register, had this to say about the announcement: “The affection that fans have had for ‘Young Justice,’ and their rallying cry for more episodes, has always resonated with us. We are excited to bring the show back for this loyal fanbase and to provide an opportunity for new viewers to discover this excellent series.”

You heard that right, too. Young Justice is coming back and it’s because of us. Can we all just take a second to high-five each other here?

Young Justice originally ran for two years on Cartoon Network. It featured traditional “sidekick” characters – Robin, Miss Martian, Aqualad, Superboy, and more – serving as a covert strike force for the Justice League. The show could have been cheesy and still been loved (looking at you, Teen Titans Go!). Instead the writing was incredibly good, with complex story lines even for peripheral characters. They weren’t afraid to let the team make mistakes with disastrous consequences. Despite the intense themes, the show had an overall hopeful tone that won over comics fans of all ages. It got the ax for a bizarre reason: the Mattel toy line which had been funding it was pulled and there was no room in the central budget for Young Justice. Basically, bad toy sales killed an amazing cartoon.

Since the show’s cancellation in March of 2013, rumors have sprung up every summer that it was coming back. Weisman himself fanned the flames whenever possible. 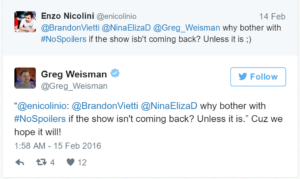 Fans took his advice to heart, binge-watching Seasons One and Two at such an impressive rate that Netflix couldn’t help but notice. We had a glimmer of hope back in August when Peter David (the original writer) told a fan at TerrificCon that he’d taken a meeting with Netflix about Season 3. He walked that back pretty fast on Twitter. 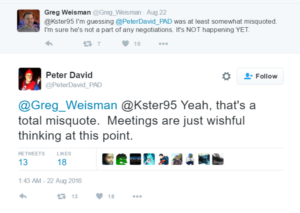 That was in August. I’m feeling like Weisman and David were playing with our emotions back then, because it’s November and THIS IS HAPPENING!

We don’t have an official release date or cast announcements yet. We don’t know if there will be a time jump, like there was between Seasons One and Two. Actually we don’t have much of anything except this website, which isn’t live yet, and a vague promise of “new twists, turns and dangerous new threats for the team”.

What about you guys? Any characters you’re hoping to see this season? Let us know in the comments section below!