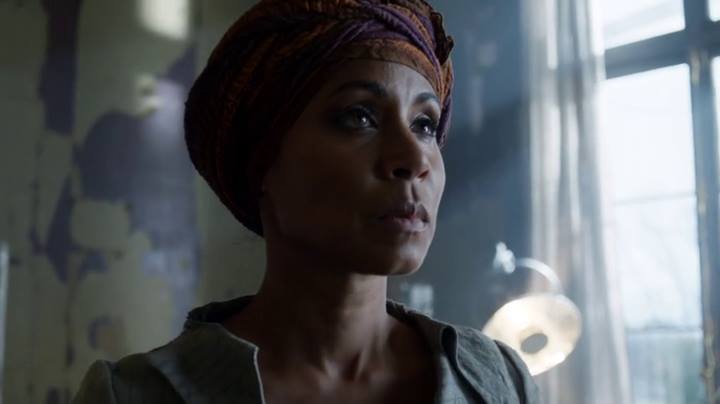 While this week’s episode of Gotham was about the Red Hood Gang personally I found the other storylines more interesting. Fish Mooney surprised me and we got a bit more development regarding the Wayne murder case.

I liked how the writers handled the red hood as a ‘cursed’ object. A lot of people wore the red hood in the episode with the previous owner dying. Will Gotham officially introduce magic in the show? I hope it does because it’ll make things more exciting. The show might be able to debut Solomon Grundy this way.

For those of you who might now know, the Red Hood Gang is connected to the Joker and even though we had Jerome in the previous episode, who could be the Joker, there were a lot of red herrings this week. I do believe the writers are deliberately trying to confuse viewers when it comes to the real identity of the crazed Batman villain.

Fish Mooney’s negotiation with one of the Dollmaker’s henchmen didn’t work out as planned and I was shocked by how she turned the tables on him. Fish has always been an interesting character and taking away all her power has revealed her true nature, and given her more layers. She doesn’t like being backed into a corner and she will even hurt herself to survive. Watching her gouge her own eye out and squish it was awesome! I can’t wait to see her return to Gotham and have her revenge. 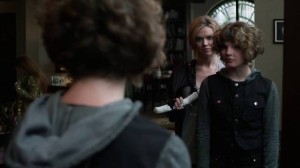 I wanted Barbara to share more scenes with Ivy and Kat, and this week’s episode delivered. I guess Barbra has to experience rock bottom if she tries to better herself. I’m not sure if I will start liking her down the road but at least her character has become tolerable. Her suggestion about ‘makeovers’ to Ivy and Kat was fun. Catwoman and Poison Ivy are female villains who use their sexuality as deadly weapons, and though Ivy was ready to change her clothes, I’m waiting to see Kat do the same. Kudos to the writers for making Ivy select a green number, similar to her comic book counterpart, while Barbara presented Kat with a black dress.

The Wayne murder got some development when Alfred’s old friend Reginald Payne showed up at Wayne Manor. I found him suspicious from the start so his confrontation with Alfred didn’t come as a surprise. When it comes to the Wayne murder story, the only two people I trust are Alfred and Baby Bruce. If someone else interacts with them, there’s a good chance they are one of the bag guys.

Like I said, the main Red Hood Gang plot wasn’t all that interesting to me. The scenes belonging to Fish, Baby Bruce, and Kat made the episode. Let’s see what the writers have in store for the finale.

What did you think of Red Hood? Who’s the Joker in Gotham? Share your thoughts with us!