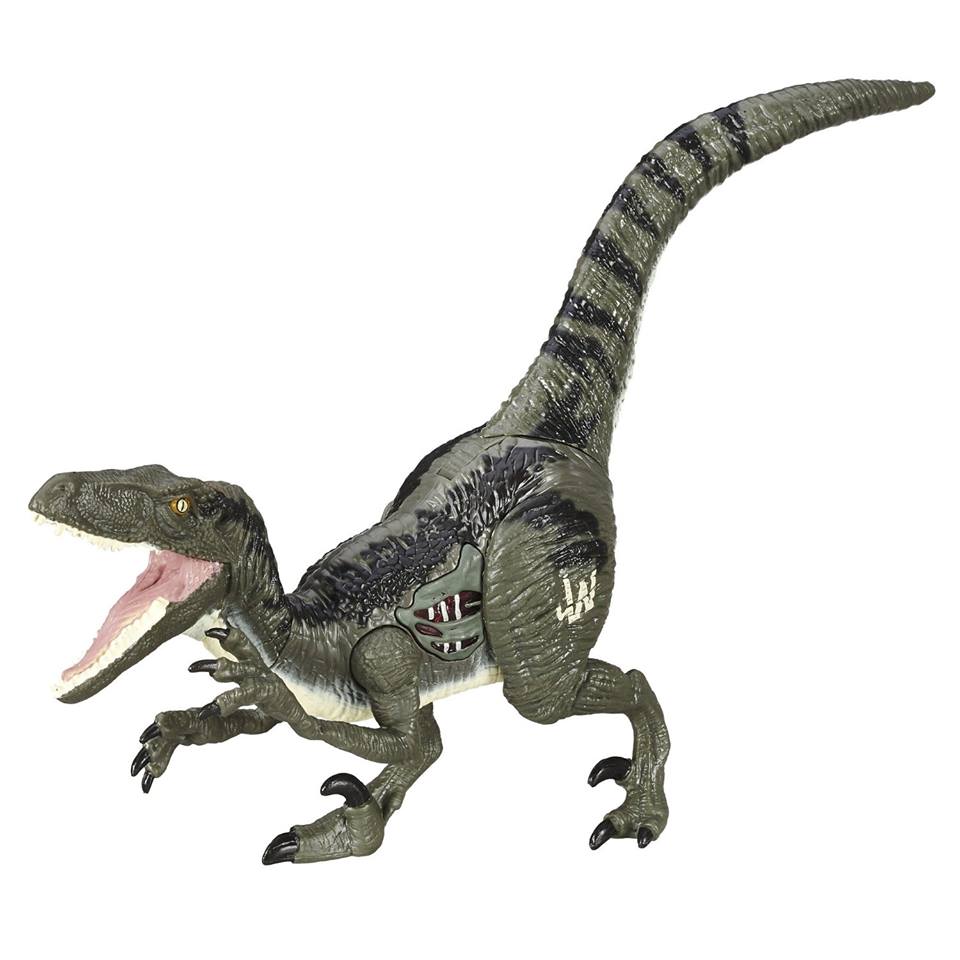 I’m kind of a huge dork and when I saw Jurassic World this past weekend, I wanted to see what kind of merchandise they have out there.  I came across figures of the velociraptors, which were freaking awesome in the movie.  I ordered a Blue figure because I couldn’t resist.  Only, I noticed something strange.  Blue is a girl.  The description done by Hasbro referred to her as a he.  I thought, ‘Huh, that’s weird. Maybe they just wrote a bad description.’  But, I checked the descriptions for Charlie, Delta, and Echo as well. All were described as males by Hasbro.  They’re all females.

Then of course, the toys are marketed as being toys for boys.  So I can only conclude that Hasbro mis-gendered the velociraptor figures so that boys would play with them.  Because girls wouldn’t playing with dinosaurs and boys definitely wouldn’t play with girl dinosaurs right?  Toys don’t need to be marketed toward a gender. Plenty of girls love playing with dinosaurs. I may still have quite a few from when I was a child.  Hasbro certainly doesn’t need to change the gender of female dinosaurs to sell toys. If that was their motivation, and frankly it looks like it was, it’s troubling. Did they even see the movie?  I can guarantee that little boys won’t care that they’re playing with girl dinosaurs.  I’m disappointed in you, Hasbro.

UPDATE 6/26/15: A friend contacted Hasbro about this issue and received the following response (permission was given by the friend to share this photo): 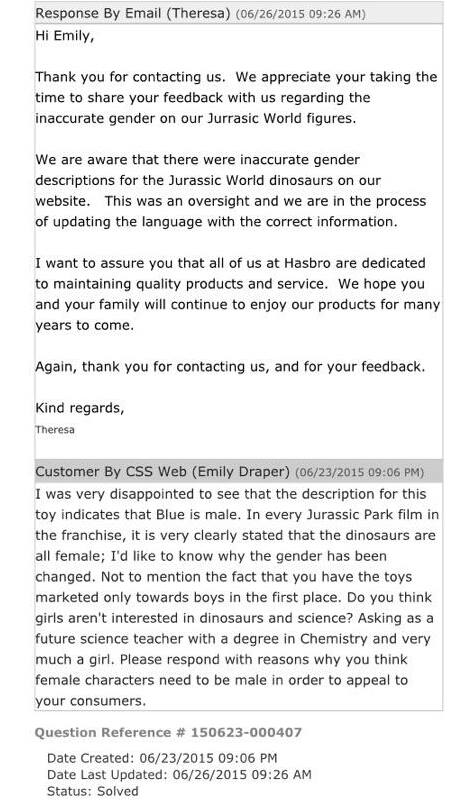 UPDATE 06/30/15: Hasbro is slowly beginning to fix the pronouns on their Jurassic World dinosaur descriptions! 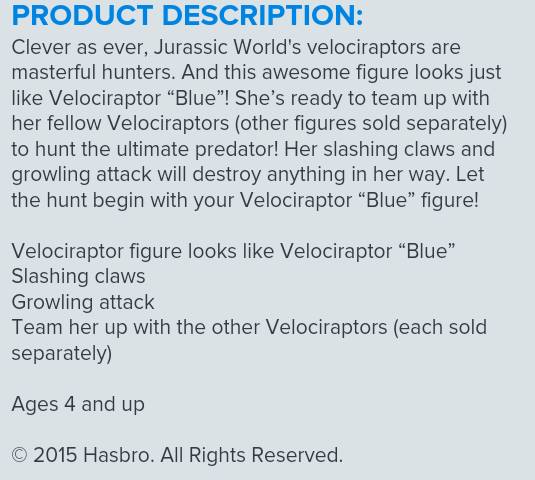