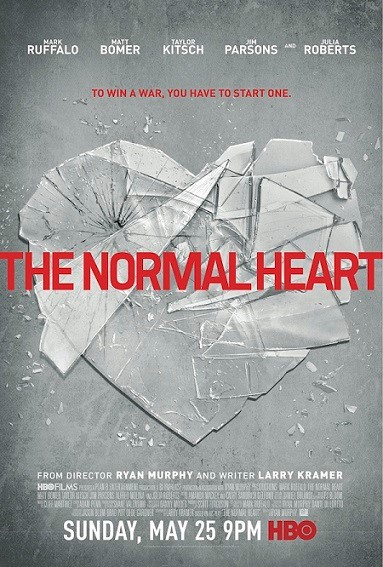 Based off the play by Larry Kramer, Ryan Murphy’s The Normal Heart tackles the beginnings of the AIDS crisis.  Initially referred to as GRID or gay-related immune deficiency, the disease was viewed as something happening to bad people who did bad things.  We now know that is not the case.  The Normal Heart gives us a glimpse at the terror and anger from those early days, as people fought simply to have their voices heard by their government as their loved ones died around them.

The film follows the story of Ned Weeks, a gay writer in New York City.  Largely inspired by Kramer’s own life, it follows Weeks’ efforts to get attention to the ever-growing threat of the then unknown disease that was killing his friends.  Weeks is brash and opinionated, often finding himself at odds with those working with him, including his friend and the president of Gay Men’s Health Crisis, Bruce Niles (Taylor Kitsch).  Other people working with him are Tommy Boatwright (Jim Parsons) and Dr. Emma Brookner (Julia Roberts), the person who first brought the severity of the disease to Weeks’ attention.  The issue of getting attention and help becomes even direr when Weeks’ lover Felix Turner (Matt Bomer) becomes ill with the disease. 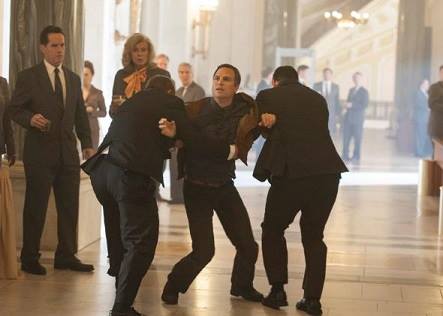 Every actor in this film is phenomenal and at the top of their game.  If Mark Ruffalo isn’t nominated for this performance, it will be a sin and a shame.  He translated his character’s outrage and frustration so perfectly you would think that it was his own.  One of the best scenes in the film is when he is having an argument with his older brother Ben, who says at one point that Ned was making it sound like he was the enemy.  Ned’s rage was palpable as he shouted, “I’m beginning to think you and your straight world are our enemy.  I am furious with you and every goddamn doctor who made me feel it was sick to love a man!  I am trying to understand why nobody gives a sh*t that we’re dying!”  As he was shouting, I was getting chills and couldn’t help but be filled with his rage.  I can’t imagine what it must have been like to live during that time, to see my friends dying around me and wonder why the government wasn’t trying to help.  But he wasn’t all rage, as he had some beautifully sweet and tender scenes with Matt Bomer.  The two of them have great chemistry and are very believable as a couple.

Julia Roberts as Dr. Emma Brookner was fantastic as well.  When she is first introduced, she is exasperated by the fact that this disease isn’t being taken seriously.  At a meeting at Ned’s apartment, her suggestion that the men there simply stop having sex for the time being as a safety measure is met with derision.  She has her own great scene when she explodes on a government official who rejected her request for research funding.  She rails at him about how many years it took just to get to this point only to be turned away.  Roberts is another actor who deserves recognition for her work in this film. 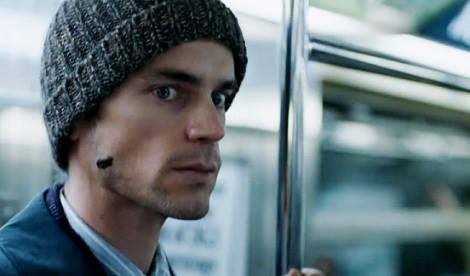 As I said before, the entire cast was just amazing in their performances.  Matt Bomer broke my heart as his character was ravaged by this horrible disease.  To be able to properly portray what an AIDS victim goes through, he lost 40 pounds during the course of shooting and it shows.  He is quite unlike his character Neil Caffrey from White Collar.  Jim Parsons injects so much heart and humor into this otherwise bleak story.  His character’s sassy quips and being the go-between for the brash Ned and the gentle Bruce was quite entertaining.  I really hope we can see him in more roles like this because he is so clearly talented and truly a delight to watch.  And last but certainly not least is Taylor Kitsch, who had one of the most heartbreaking scenes in the film.  I won’t give away any of the details, but suffice it to say: you better have some tissues handy.  His performance as a closeted gay man who is desperately trying to help his community is praise worthy, and I hope that others will recognize him for it.  I’ve been a fan of his for a few years now, and while I might have spent my fair share of time ogling his physical attributes, I realize he is a true talent when given the chance to shine.  And in this film shine he does!

I would encourage anyone involved in activism or LGBT issues in general to watch this film.  It highlights the darker and lighter parts of human nature and will inspire so many emotions in you.  It will make you want to shout right alongside Ned at the cruel injustices he and his friends faced.  You will laugh and cry, but it will be well worth it.  As stated at the end of the film, since the epidemic started, over 36 million people have died worldwide from HIV/AIDS, with more than 6,000 people newly infected each day.  Whether you’re gay or straight, if you’re sexually active, I encourage you to get tested regularly and know your status.  Your life is precious and not something to gambled with.

If you watched the film, what were your thoughts?  Whatever they are, comment below and thank you for reading!

Previous:Roast a Marshmallow and Read Veronica Mars: The Thousand Dollar Tan Line!
Next: Countdown to ConCarolinas