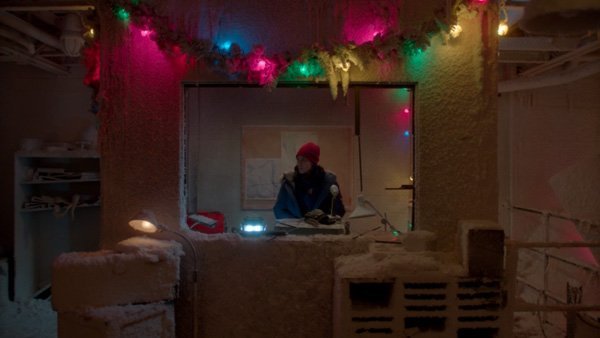 With only three episodes left in its first season – and as yet, no announcement that Helix has been picked up for a second – I’m beginning to wonder if this show is ever going to take itself in a logical direction. Though there have been several quality episodes, they are sadly bogged down with too many episodes like Fushigi.

The thing is, I didn’t hate Fushigi – in fact, I think it had a lot of promise. But as has happened several times before on Helix, the good developments in this installment are bogged down with what seems like simple bad storytelling. Personally, I believe that the main problem is that the characters are only interesting when they are being ‘bad guys’, of a sort.

Take Balleseros, for instance. He was maddening when he was being evil – but he was also interesting. Unfortunately, now that he is apparently exploring his good side and possibly even trying to ‘get the girl’ (Anana, of course), every time he shows up on screen I can’t help but groan. Of course, it probably doesn’t help that at the moment the entire Daniel-Anana-Balleseros side plot just feels like filler.

As for Hatake, we’ve seen him go from virus-creating mastermind, to concerned father, to his current somewhat indifferent state. The fact that he showed almost no concern over Victor’s possession of Narvik was disconcerting at best, considering that just last week Hatake was insisting that he was never going to allow the virus to fall into the hands of the Ilaria Corporation. 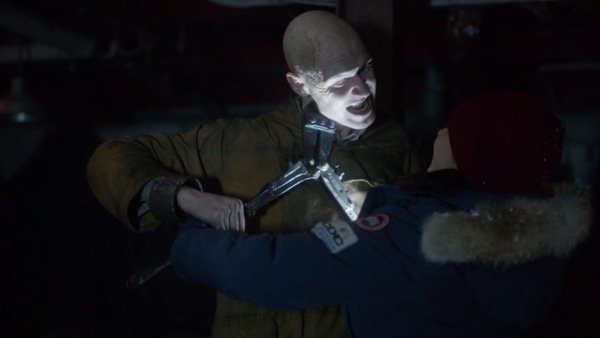 His apathy regarding the missing vials leads to another Alan and Julia adventure. (Admittedly, they aren’t my favorite pairing, though Alan and Sarah may be worse.) This particular scene certainly has both low and high points – the former being the usual stilted dialogue between Alan and Julia, and Victor adding to that annoyance with his comments regarding their relationship; the latter being Alan and Julia’s attempt to flee from the Ilaria sniper and their subsequent discovery of the creepy, hairless, silver-eyed man named Gunnar.

As per the usual, my first thought upon seeing this new character (well, second thought – the first was ‘ew, disturbing’) was ‘Yay! Fresh meat!’ Unfortunately, that’s apparently all the writers thought of Gunnar as well. After just a few minutes of screen time, this ‘man’ who claims he is immortal first begs Alan and Julia to release him from his prison of 29 years…and then the first chance he gets, kills himself. I suppose this was better than what happened with Sutton (her being introduced as a seemingly important character and then being killed after just two episodes), but as I continue to be jaded by all of the main characters in this show, it’s frustrating to have change shoved in your face and then almost immediately removed from the picture. 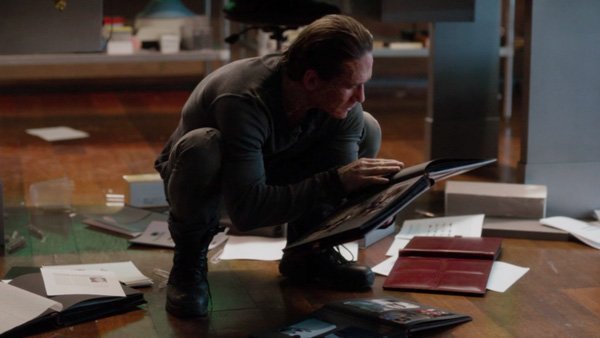 Elsewhere in the Arctic, Daniel leaves his original home sweet home just in time to save Alan and Julia from the aforementioned Ilaria sniper, Peter Farragut builds a shrine to Julia, and Sarah prepares for some mystery procedure in which Julia’s DNA will possibly save her life.

Oh, and if it wasn’t already painfully obvious that Helix now revolves almost completely around Julia, Alan apparently thinks she destroyed the Narvik when she actually secreted it away. Between this and the fact that Sarah seems to agree with Hatake abducting and then experimenting on children, it appears that the bad guy vibes originally put out by Hatake and Balleseros are being transferred to these two, previously boring, women. That, I can handle…but the question is, will Helix do right by these characters?