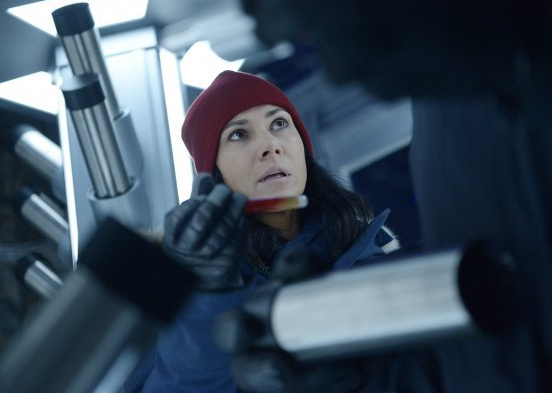 Let it be known that on the ninth episode of Helix, things actually happened (and some of them were seriously disgusting, but I suppose that’s besides the point)!

Unlike last week’s episode, which was action-packed but failed to drive the story forward, Level X had a great combination of plot development and interesting events. The worst part about the episode was the campy dialogue in many of the one-on-one scenes, but I can almost forgive that because it at least seems as if this show is finally getting somewhere.

Though it wasn’t surprising that a vector came after Sarah when she was alone in a dark hallway, at first it wasn’t entirely clear whether she was just being stupid wandering around alone and checking out strange noises, or whether she was being used as bait. Enter security guards to subdue the vector – oh, okay, she was just being used as bait…but how did they know that she would only have to deal with one vector? Because it seems to be only now that Alan wonders where all of the other ones have gone – and this is when we find out about LEVEL X.

Was it supposed to be surprising that Hatake is still keeping secrets? To be honest, Helix would be pretty boring if he wasn’t.  Though after this episode we may have reached the point where he doesn’t have any more secrets to share. Or maybe it’s that he doesn’t have any more truly shocking and/or interesting ones to bring to light. Because the existence of another secret level at the facility, and the fact that Narvik was meant to be an apocalyptic virus didn’t seem surprising to this viewer. And really, Hatake, you weren’t ever going to let Ilaria have the virus? But then you admit that Sutton wasn’t even Ilaria’s worst; that they’d be sending an entire army next? So…how are you going to keep them from getting a hold of this virus you created again?

By destroying it, of course – but it’s Alan that suggests this, and Alan who insists on being the one to carry out the task. Unfortunately, those 50-ish vectors that went missing – one of them being his brother, Peter – are more than a little bit in the way. Oh, and they’re also playing mommy bird to Peter by coughing up their black bile/goo and ‘feeding’ it to him to…make him stronger? Re-infect him? It isn’t exactly clear, but suddenly he’s awake again and playing inspirational screamer to the other vectors. 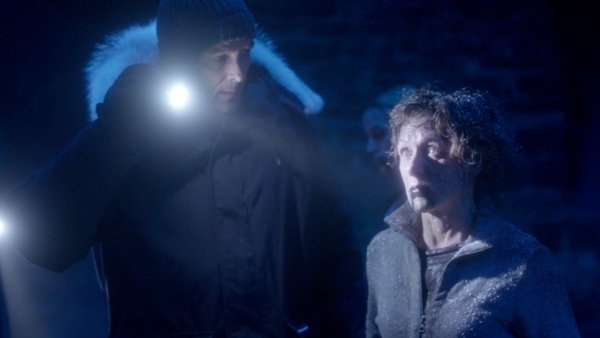 The solution to getting past those vectors turns out to be shutting down the facility’s power in order to freeze the vectors so that they won’t attack whoever goes down to Level X. This also [all too] conveniently allows Balleseros to escape his previously electromagnetically sealed room. He runs off to save Anana and her village from being burned to the ground by Sutton’s remaining men – a subplot that seems pointless in this episode, by the way – while Alan and Julia (of course Julia!) make their way down to Level X to find and destroy the Narvik strains being stored there. But the Narvik isn’t there!

Upstairs, Sarah – who is supposed to be helping Hatake – is having a brain-tumor-induced fit. For a moment there, we actually experience a good bit of suspense…but then it turns out that Hatake doesn’t actually need Sarah’s help. Of course Julia and her silver eyes are able to keep the vectors at bay when they warm up and therefore wake up – and that’s a good thing, too, because her insistence on checking out the cabin replica that she and Alan find is why they’re still down there when the vectors reanimate.

The end of Level X is a bit rushed, as Balleseros and Daniel save the village, Alan and Julia prep Sarah for (I’m guessing?) surgery, and Hatake finally admits to Julia that he’s her father…by taking out his colored contacts and saying, “You have your father’s eyes.” See what I’m talking about with the campy dialogue?! Come on, Helix, you can do better than that…I hope.

But wait, there’s more! Julia never lived in Montana, that ‘cabin’ she discovered isn’t just a replica, and her mother was none other than “J”, a.k.a. “Jane” – the woman Julia was hallucinating in earlier episodes! Okay, I admit it – despite rolling my eyes a bit over some of these revelations, I’m once again hooked on at least this storyline.

The last ‘big reveal’ of the episode is that a man named Victor, who has literally had maybe a few minutes of screen time at most, has the Narvik virus…and is leaving the base with it. The fact that I had to look up this person’s name – and still didn’t really remember him when I found it – is more than a little bit worrisome. However, Helix has in the past done a somewhat decent job of making sense of what seem like pointless occurrences, so I’m holding out hope that they’ll do the same with this particular development.

All in all, the high points of this episode – the vector baiting, Alan and Julia’s journey into the Helix ‘underworld’, and the additional insight into Hatake and Julia’s history together – did outweigh the often lame dialogue and the gratuitous use of “Mad World” as the ending theme. Let’s just say that I still have hope for this show. 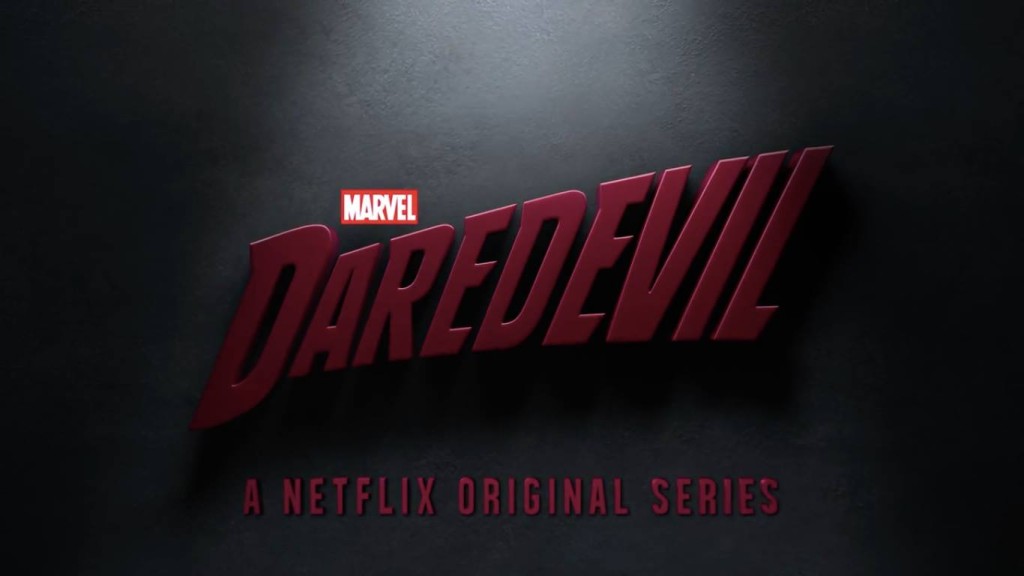 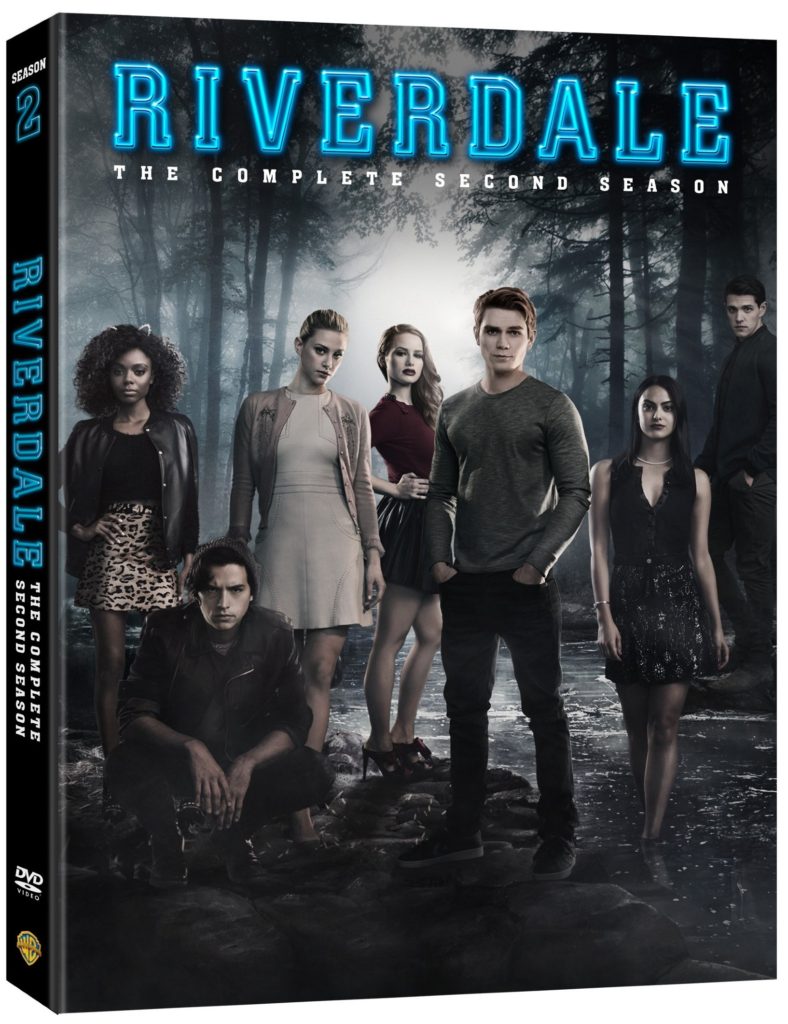 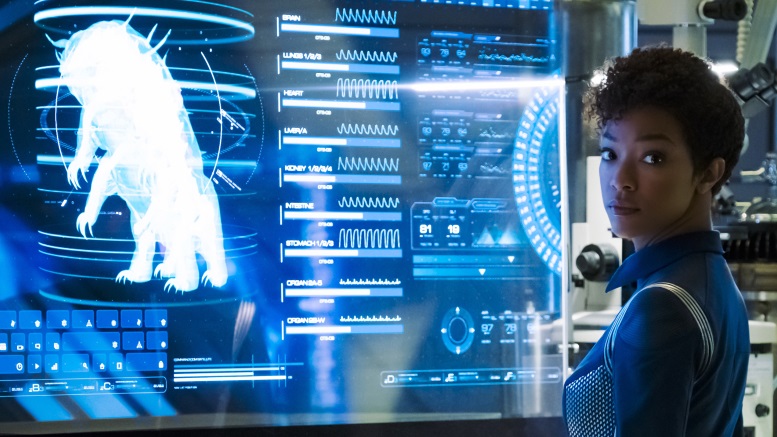