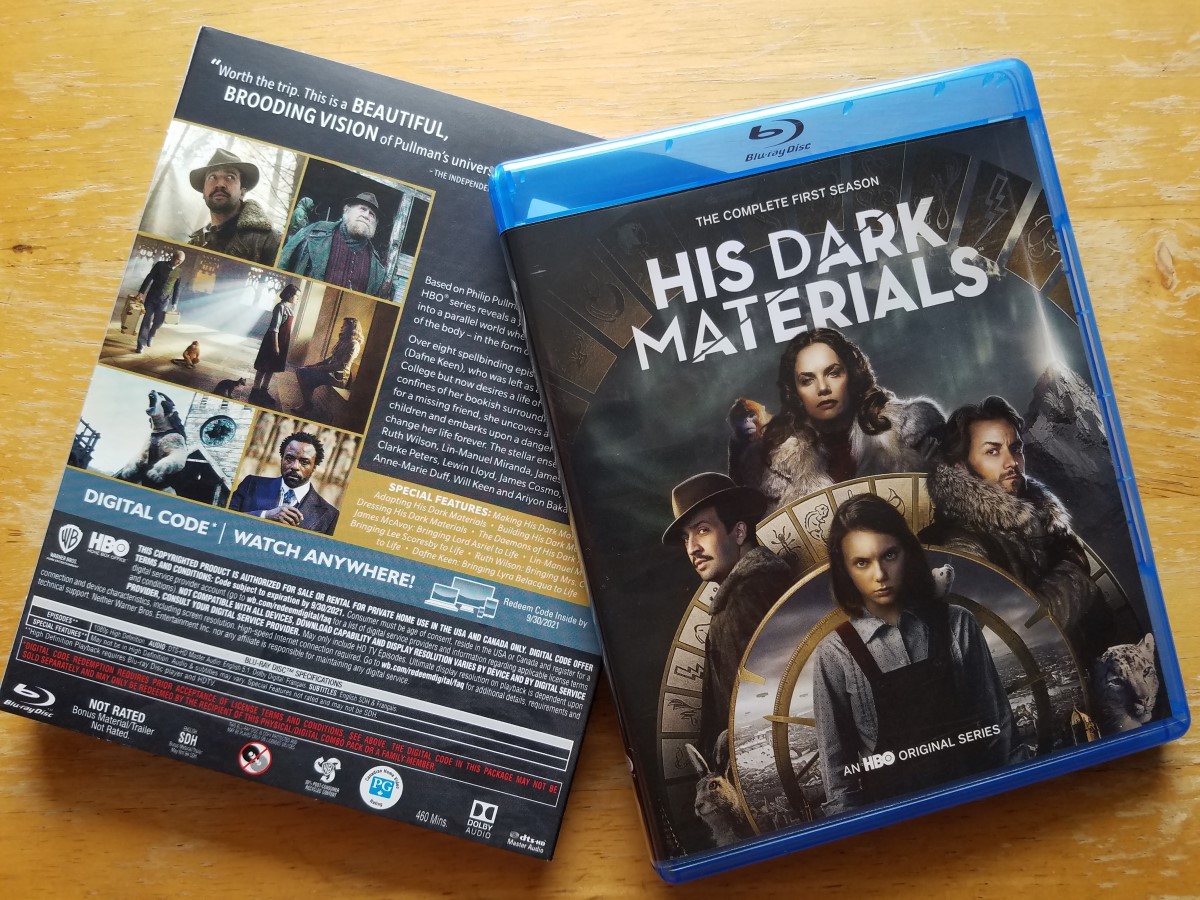 Based on the best-selling books by Philip Pullman, His Dark Materials is one of the only non-streaming shows I bother keeping up with. A combined production of HBO and the BBC, this show has brought to life the epic fantasy trilogy that has captivated millions for more than two decades. The His Dark Materials Season 1 Blu-ray contains all eight episodes in glorious HD as well as a number of behind-the-scenes featurettes, giving you hours of entertainment.

His Dark Materials Season 1 was a rather faithful adaptation of The Golden Compass (or Northern Lights, for everyone not in the United States), the first book in Pullman’s trilogy. That isn’t to say there weren’t some decisions that fans found controversial, but I think for the most part, the changes made to the story – introducing Will early, expanding Lord Boreal’s character – only enhanced the experience.

In general, just in case you weren’t reading my weekly reviews, I really enjoyed the first season. The costuming, the atmosphere, the acting, the effects, everything was simply brilliant and gorgeous.

The episodes on the Blu-ray are in 1080p and the picture is crisp and clear. My main issue was with the audio; the quality was fine but both the episodes and the special features were very quiet. I had to turn my TV volume up considerably in order to hear.

Let’s face it; in this day of multiple streaming services providing you with unlimited access to your favorite shows, buying a series or movie on Blu-ray or DVD is all about the special features. The His Dark Materials Season 1 Blu-ray contains nine featurettes, including “Making His Dark Materials”, which is exclusive to the Blu-ray/DVD. Let’s take a look at each one.

In short, the special features on the His Dark Materials Season 1 Blu-ray are quite interesting, especially for fans of the books or for people who are interested in the process of television production. The featurettes contained interviews with a large number of the cast and crew of the series, as well as Pullman, and I loved getting to hear from even some of the minor characters about working with their “Daemons” or what they thought about their costumes.

My only criticism is one that I often have about Blu-ray special features, and that’s what isn’t included. I love deleted scenes and bloopers, and while I acknowledge that every set doesn’t have to include them (and sometimes there just aren’t deleted scenes, or at least not enough to add them), it makes me very happy when they do. Also, I think this is a show that would definitely benefit from episode commentary, which never seems to be a thing anymore. (I remember when there was always episode commentary!)

His Dark Materials Season 2, which will be adapting The Subtle Knife, will premiere on HBO sometime this fall. Tranter said at the SDCC@Home panel last month that production was largely not impacted by the shutdown, and the series is still on track to drop when it was originally scheduled.