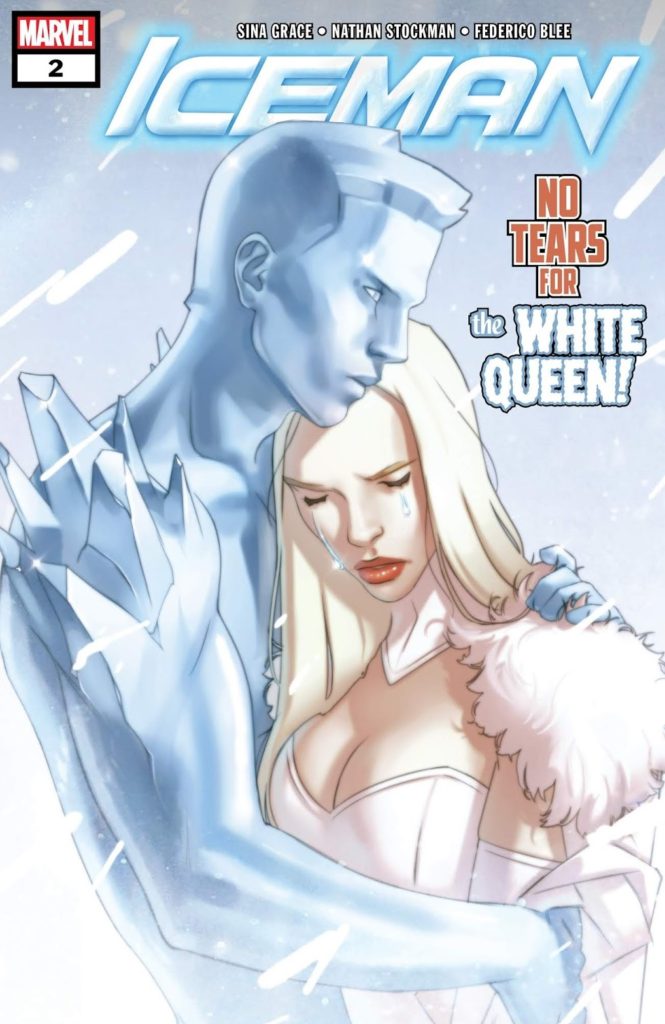 With Marvel deciding to bring back the Iceman solo comic book series due to fan interest, writer Sina Grace continues to explore Bobby Drake and what it is like for other queer characters living in the Marvel comic book universe. Iceman Issue 2, released this week, tackles queer conversion therapy and more.

This article contains spoilers for Iceman Issue 2 ‘No Tears For the White Queen!’. You have been warned.

I understand some people voicing their disappointment when Bobby Drake came out as gay. However, I appreciate Marvel giving writers like Sina Grace the opportunity to explore Bobby’s sexuality and continue to grow him as an iconic X-Men character.

Iceman Issue 2 showed Emma Frost coming to Bobby for help. The two have an interesting history together which involved Emma aiding (forcing?) Bobby to unlock his true potential. Currently, Emma is in the gray zone. She isn’t a complete villain, but she isn’t a complete hero either. So, it was fun to see her plead to Bobby and make him work with her.

Turns out her brother’s in trouble. I had no idea Emma had a gay brother named Christian who was sent to conversion therapy by their father. Leave it to Sina Grace to find such a long-forgotten plot thread from Emma’s past and use it to not only talk about a serious topic but also show a different side of Emma while developing Bobby further. Iceman Issue 2 took us inside the famous mutant’s mind! 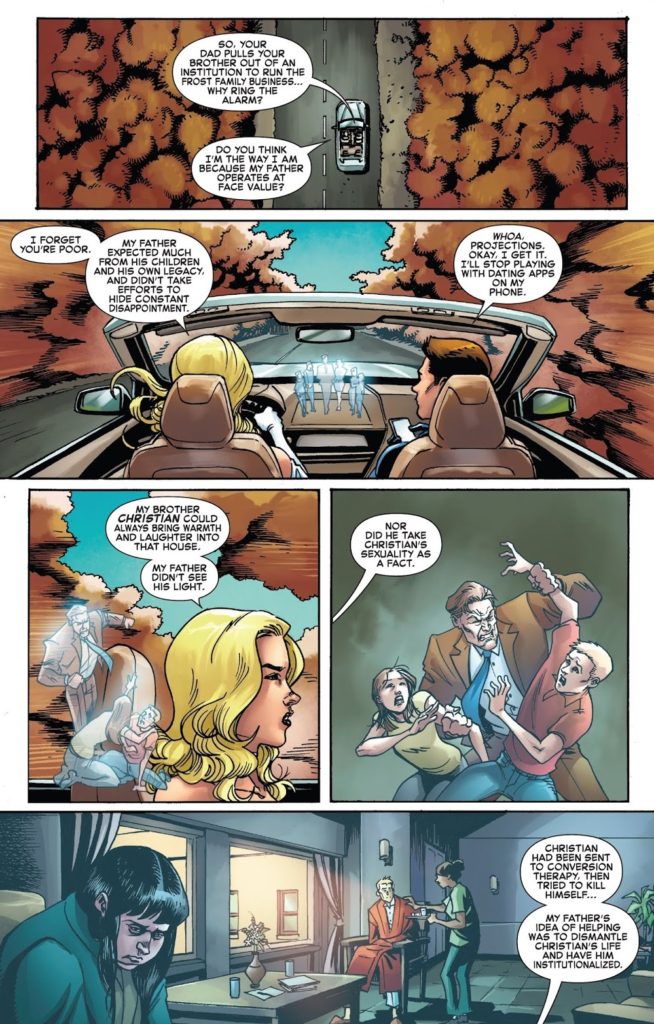 Grace’s story is given life in an amazing manner on paper through the impressive art and colors by Nathan Stockman and Federico Blee, respectively.

Iceman Issue 2 is a wonderful installment in the current series which feels important because of what it talks about, including conversion therapy, not having a supportive family, feeling helpless when you can’t save a struggling family member, privilege, and a whole lot more.

Even if you haven’t been reading Iceman by Sina Grace, you should at least consider picking up this issue.

Previous:Constantine: City of Demons – Review: An Intense R-Rated Demonic Adventure
Next: Elite on Netflix: Watch It for the Queer Storyline and Your Usual High School Angst