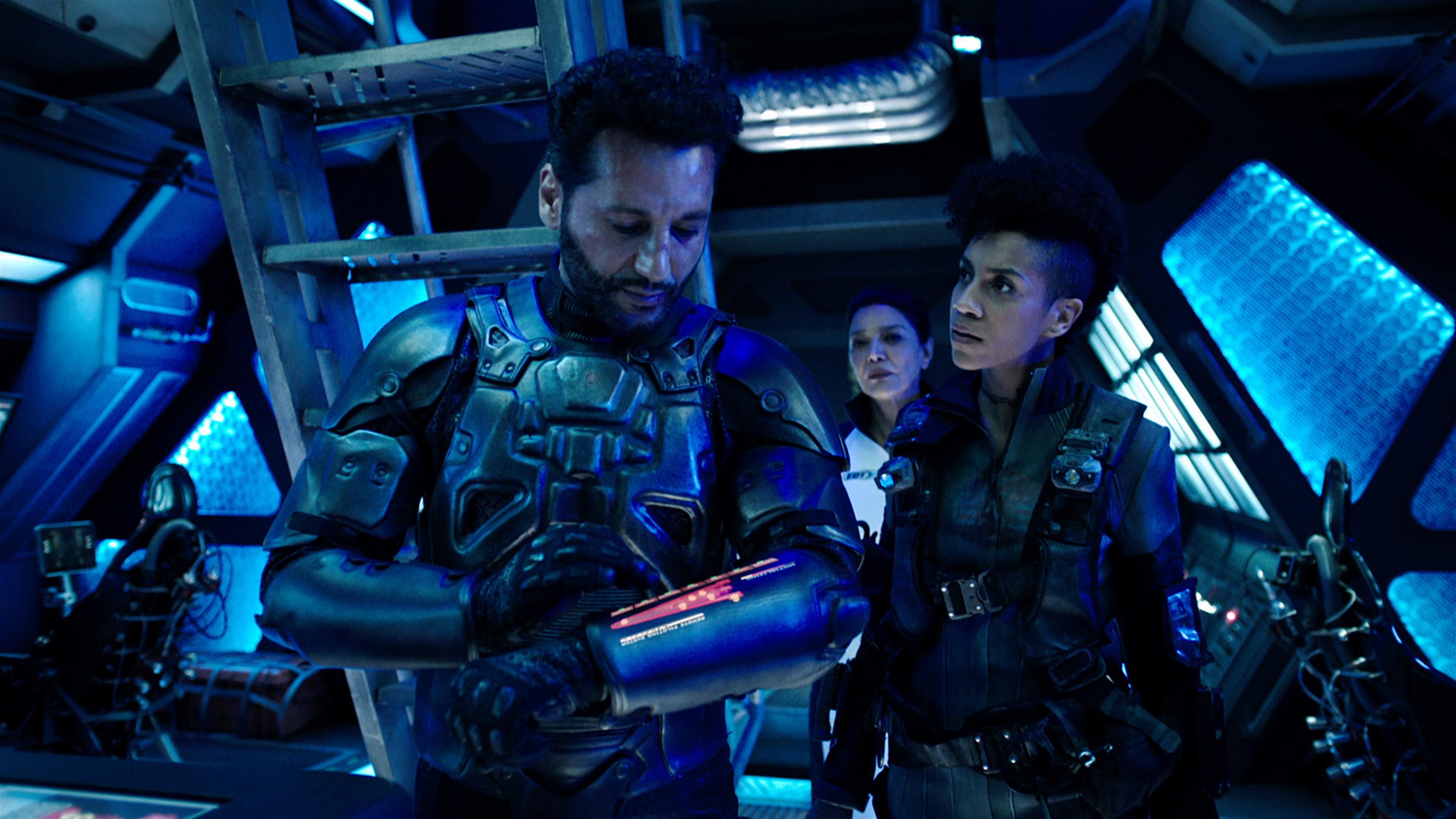 When I first saw the title of this episode of The Expanse – “Immolation” – I was definitely intrigued. If there was a sacrifice, who or what would it be? And was I really all that interested in the title or just trying to take my mind off the fact that my beloved show has been CANCELED? 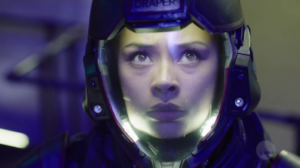 Anyway, last week’s episode ended with Strickland launching the hybrids from Io, but of course he held one back. Even though I can’t imagine The Expanse killing off Bobbie, that didn’t stop me from being on the edge of my seat during her chase scenes. I even found myself cheering her on as she charged the hybrid for the first time, despite knowing that it was unlikely she’d do much damage, and I’m still surprised at how that particular plot line ended. It seemed that the hybrid – who was once Mei’s friend Katoa – actually got distracted for a moment, just long enough for Bobbie to, well, force her arm up and blow off the back of its head. It was sad to see that moment of what I presume was lingering humanity, even if it was what allowed Bobbie to survive the whole ordeal. 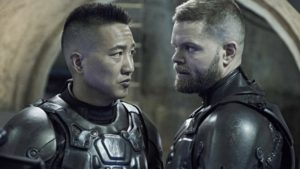 Speaking of Mei, how about that reunion? I’m not sure how I feel about the fact that they hid her behind the other kids for that extra moment; we already knew she was there, after all, so perhaps they should have just focused more on Prax just then. Regardless, it’s great that he has his daughter back, and I loved, loved, loved everything with Amos in “Immolation”, starting with this scene. He had his usual Amos face on when Prax referred to him as his ‘very best friend in the whole world’, but rather than simply herd the children away and leave Prax to kill Strickland, he came back and stopped his friend from doing a thing he shouldn’t. Because Amos is right – Prax isn’t ‘that guy’. Thankfully, Amos is, so he took care of Strickland, and good riddance if you ask me.

(I also enjoyed the short scene at the end of “Immolation” when Amos is feeding the kids and stops to watch the news as they show some sort of protomolecule globe popping out of Venus and floating away, including his perfectly timed exclamation of ‘What the F*CK is that?”)

Up until “Immolation” I was wondering how long they were going to drag out the Agatha King situation, but I definitely wasn’t expecting things to end the way they did there – either for the ship or for Cotyar. I really thought we’d get to see him reunited with Avasarala, and as for the protomolecule being able to infect the ship itself…well, that’s an interesting development that we’ll hopefully get some sort of explanation for. (Some network, any network, please pick up this show!)

Back on Earth, Anna continues to learn hard lessons – such as, even when Sorrento-Gillis was finally willing to turn on Errinwright, he wasn’t doing it for any sort of pure reasons. I honestly don’t know how she keeps her cool; I keep waiting for her to…I don’t know, start screaming, pull her hair out, something. Okay, maybe not screaming or pulling out her hair, but some sort of visceral reaction from her would be nice, especially as I don’t much care about the Earth story lines right now. It’s hard to do so when everything else going on is, well, so much more interesting. 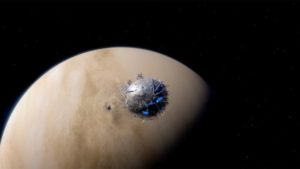 I mean, Holden and Naomi are back together, but apparently she is going to leave, presumably to find her son. Prax is, of course, reunited with Mei, some sort of protomolecule creation just floated away from Venus, and Mao was deposited at Avasarala’s feet. In case you can’t tell, I loved the ending montage in “Immolation” – it was a fitting end to a good episode.

What did you think of “Immolation”? Do you have any thoughts on what other network or streaming service could possibly pick up The Expanse? Have you gotten involved in the online campaign to save the show? Let us know in the comments!