iZombie 2×17 Review: Reflections of the Way Liv Used to Be 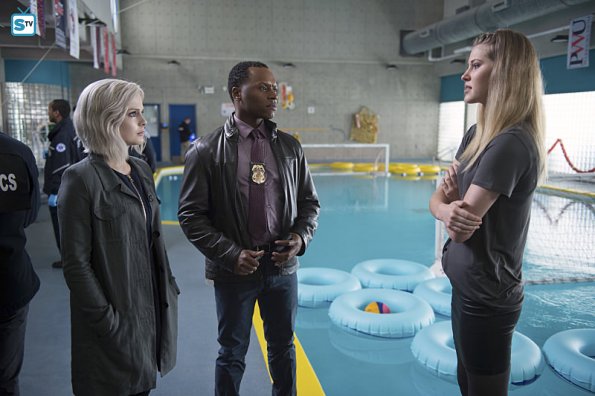 With the season finale next week, I felt that this episode of iZombie set the stage perfectly.

‘Reflections of the Way Liv Used to Be’ offers us a look at Liv Moore before she became a zombie. The dialogue was clever, the chemistry of the characters was spot on, and I never felt bored or disinterested. All the major (no pun intended) players in the show were involved in the episode, and not only did we receive depth and a couple of tender moments, but I also got a lot of laughs.

The episode opens with the victim-brain, a hyperfocused and self-proclaimed pacifist named Bailey, who is running for student government at the local university. After Bailey’s shocking death by strangulation and her subsequent discovery in the university’s swimming pool, we’re reunited with our frat brother Brody from episode two and who is running against Bailey. I found him more endearing this time around, though not much. His attempts to bro-up to Liv and Clive are met with chilly reservation, and though initially suspected of killing Bailey, he’s pardoned. I’d say the only crime he’s committed is being a nuisance.

Liv becomes the Type A person she was before her zombification after ingesting Bailey’s brain. She confides in Clive about Drake in a break of rare candidness and the two share a moment. I feel like this episode was less about Liv and more about setting up for the finale, which is totally okay. Unlike some of the previous episodes, Liv’s introspection was at a minimum. We didn’t have time to sit inside Liv’s head while she imparts some kind of wisdom to the viewers over the top of a catchy song. There’s absolutely nothing wrong with that. Sometimes, that’s my favorite part of the episodes right before the credits roll. Because the episode focused so much on the plots of the other characters, we didn’t need to spend time inside her mind.

After Major raged out in last week’s episode and Ravi shoots him with a tranquilizer, Ravi confronts him in their living room and Major gets a chance to explain himself and his status as ‘The Chaos Killer’. Major clarifies that he’s more of ‘The Chaos Kidnapper’. The story about his work with Max Rager pours out of him and what I thought was the ending of a beautiful brotp between Major and Ravi is rekindled. Major gets his brain fix and for the moment, seems to be doing well.

The same can’t be said for Blaine, who still suffers amnesia after taking Ravi’s untested cure. Watching him struggle through daily tasks, I actually felt bad for him. Don E and Chief aren’t helping matters, treating Blaine like a child whilst running a bluegrass-playing utopium drug ring out of the basement of Shady Plots Funeral Home. Watching Chief play the washboard while Don E, now a zombie, shredded on the banjo was hilarious and totally random. Don E appears to be capitalizing on Blaine’s memory loss and is setting himself up as a Seattle kingpin. Is Blaine faking his amnesia or is he truly unable to remember anything? 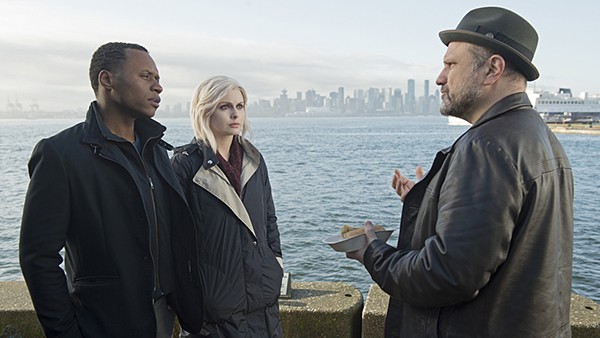 Another person we certainly shouldn’t trust is Vice Detective Benedetto, and I didn’t like him the second I laid eyes on him. He’s shady and strange, claiming that Bailey worked for him after a drug arrest involving Adderall. He seems to be the tough love cop, but I had a really strong urge to wash my hands every time he came on screen. Benedetto references both zombies and utopium in passing. What exactly does he know about the link between them? He approaches Liv at her home and butters her up with praises, insisting that he’s letting her in on a little secret about his undercover vice ring.

Some of our other iZombie favorites have their time to shine, too. Agent Bozzio plants an idea in Clive’s head about coming to work for the FBI, leaving an application on his desk which Clive fills out as the episode comes to an end. Vaughn has locked his now-zombie daughter Rita in a cell in the Max Rager basement laboratory and refuses to let her out. As if we needed any more reason to reinforce the idea that this guy is a nut, Rita begs for the cure, but daddy dearest denies it, saying that he needs her. For what? Research? Who knows, but it’s vaguely sinister.

Bailey’s killer is identified as Steve, the snack cafe cashier on the university campus, who also happens to be involved in the utopium ring. He’s killed by Chief before the police arrive to arrest him. I feel like that ending was a little hasty, as was Benedetto’s exit into the night. The episode culminates in the dog groomer from episode 11 returning and identifying Major Lilywhite as the Chaos Killer to Agent Bozzio. Major, with the intention of turning Vaughn into a zombie and hopefully harmless amnesiac like Blaine, goes to the Max Rager headquarters with the untested cure in his bag. Bozzio and a team of FBI agents swarm the building, arresting Major. His eyes turn red as he begins his descent into a zombie rage and the screen goes black.

What do you think is going to happen on the season finale of iZombie? Is Blaine really amnesiac? What are Chief and Don E planning? How is Benedetto going to play into the utopium ring? Is Major completely screwed? Let us know in the comment section below and be sure to watch the season 2 finale of iZombie on April 12th at 9 EDT!