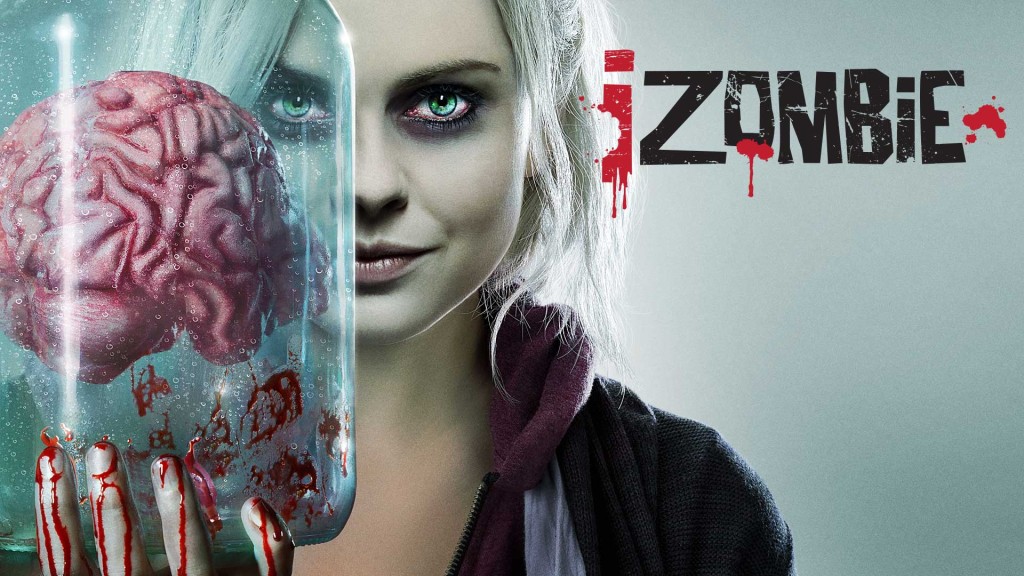 iZombie had one of the best season finales ever, so it is no surprise that it is one of our favorite shows at The Geekiary. I was lucky enough to be in the press room during San Diego Comic-Con this year and got some scoop on what is ahead for season three.

bombshell two-hour season finale, it was clear to fans that there are going to be a lot of changes for our fave characters next season. Now Clive knows that Liv is a zombie, Blaine saved Peyton’s life, and we discovered that there is a whole organization of zombies out there called Fillmore Graves (another clever wordplay by showrunner Rob Thomas). So what is ahead for season three? For starters, it will pick up right after where we left off.

Because of the lack of time passing, our main characters will start out in two different groups: Clive, Liv, and Major and Blaine, Ravi, and Peyton. This should create some angst, particularly among the Peyton trio where Blaine and Ravi will likely both be vying for her for affection. We also spent so little time with Clive post-zombie knowledge that we will get to see the fallout.

eract while Liv is on a father’s brain and Major is on the teenage daughter’s brain. I am definitely looking forward to seeing that dynamic!

Of course, Vivian and the Fillmore Graves plot is still mysterious and we didn’t get much in terms of teasers from the cast or producers in the press room. We will just have to wait and see what happens!

iZombie will return midseason on The CW.