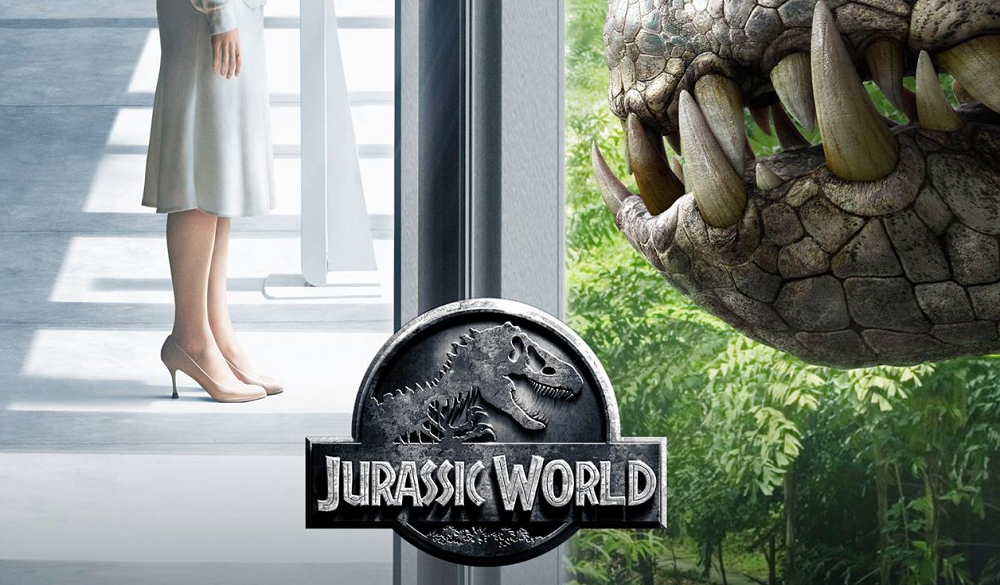 Well, it looks like there is at least one thing not returning in Jurassic World 2: star Bryce Dallas Howard’s infamous heels.

Jurassic World director Colin Trevorrow, who is returning to helm the sequel, tweeted a greeting to actress Bryce Dallas Howard (Claire) earlier this morning, accompanied by a collage of women’s boots. Trevorrow’s tweet was undoubtedly referencing the surprising controversy that surrounded Jurassic World; namely, people were incredibly outspoken about the fact that Claire’s footwear was largely impractical, considering the events and environment of the film.

Trevorrow discussed the heels issue last summer in an interview with io9, saying that Howard insisted on wearing the heels because she felt that it was truer to her character than any other kind of shoes.

I mean, look, I had that conversation with her so many times, and she insisted on wearing those heels. They meant something to her personally. She felt like, this is her talking, that those heels were her shield in a certain way as a woman. That’s just how she felt. She felt like surrendering the heels felt like surrendering the femininity of the character, even though women are — I don’t want to say forced to wear heels — but you’re expected to wear heels in certain environments.

And she felt that, even though the image of her running away from the T-Rex in heels is… honestly, maybe I feel that I’m revealing my own ignorance in not having anticipated how that was going to become a subject of discussion, the way that it has. I was thinking about it solely for her comfort, and for logic reasons — the same thing that we’re talking about: ‘Can’t we find some other way? And she’s like, ‘No, no, I’m going to go for it.’

Personally, I’m of the opinion that Claire can keep the heels. I was a little annoyed by the wardrobe choice originally, but I’m over it. I’m not a heels person – I can’t even walk in them – and the dress code at my job is casual so I’ve never really needed to wear heels. When the controversy reared its ugly head last year, I came across a lot of first-person anecdotes – including one from a woman who specifically learned to run in heels because she wanted to know how if she ever needed to do so – that left me not really caring about what Claire was wearing on her feet. There were a lot of issues with Jurassic World. Claire’s shoes were the least of them.

The bigger problem wasn’t what Claire was wearing but how she was written. My fellow Geekiary writer Farid penned a great analysis on Claire last summer, and I’ll admit that a lot of the issues don’t stem from Claire as a character, but more so how the movie wants you to react to her. As Geekiary writer Tara talked about in her review of the film, Claire herself doesn’t see any problems with the fact that she’s not in a relationship, that she works hard, or that she’s not all that close to her family; however, virtually every other character in the film does their level best to make her feel like less of a woman because of this. Jurassic World perpetuates the myth that all women eventually want to get married and have children. It introduced Claire as a person to dislike because she was focused on her job, didn’t want to spend time with her nephews, or didn’t fall for Owen’s (Chris Pratt) smarmy charm.

And let’s not even talk about how the film treats the scant few other female characters, such as Judy Greer’s Karen, who seems to exist only to guilt her sister into questioning her life, or poor doomed Zara (Katie McGrath), who was given the franchise’s most gratuitous onscreen death for no reason at all.