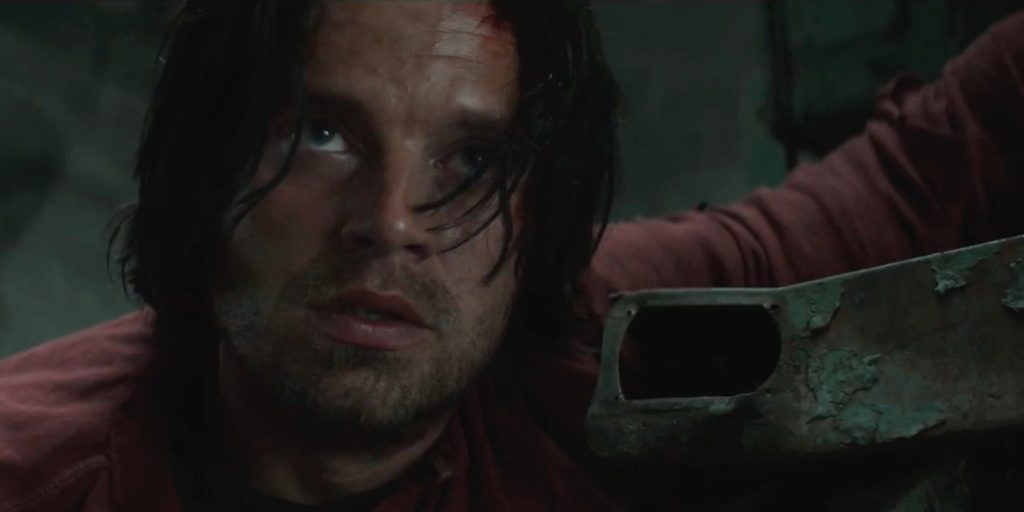 A conversation with the creative team behind the new Black Widow may have unintentionally revealed something about Bucky Barnes that many fans have been waiting for.

America’s favorite one-armed super soldier returns in Black Widow #9, which is out December 21. In advance of its release, Mark Waid (writer) and Chris Samnee (writer/artist) discussed the possibility of rekindling the relationship 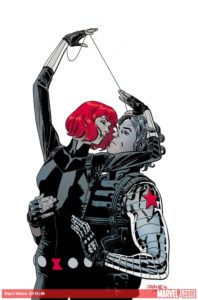 between Natasha Romanoff and Bucky Barnes. Each gave a few pros and cons for getting the two back together, but one sentence Mark Waid said stuck out to me.

[Both] have had a crush on Steve Rogers at some point in the past.

Does this mean what I think it means? Is this Marvel nonchalantly confirming what many fans have suspected and hoped for? Is this canonical proof that Bucky Barnes is indeed bisexual?

Or is Waid using the word “crush” in the way people do when they say things like, “I’ve got a girl crush on her”? That is to say, was Bucky’s crush on Steve simply platonic admiration?

Then again, I like to think that Marvel wouldn’t be so blase about something that so many fans have wanted, or to make a joke about something that a lot of people take very seriously. Just earlier this year, the #GiveCaptainAmericaABoyfriend hashtag generated a lot of attention, so Marvel is more than aware of how fans feel about this kind of representation.

The cast of the Marvel Cinematic Universe is certainly aware of it, considering that Bucky Barnes himself, Sebastian Stan, has given us gems like this:

#PowerCouple And he said, “At least I’m on top. ” #WizardWorldTulsa

Marvel has also been making a concerted effort to inject more diversity into their titles. Not only have they been adding more female and non-white characters, properties like New Avengers and even X-Men have started introducing LGBT+ characters.

With all the hard work they’re doing trying to bring their comics into the 21st century, I just can’t see them joking about something like this; so I’m inclined to think that Waid’s words are indeed a confirmation that Bucky Barnes is bisexual.

The question is, will Waid back up his words with evidence on the page, or does this blip in a barely-an-interview have to suffice? And if it’s true… How long until we can see this in the MCU?